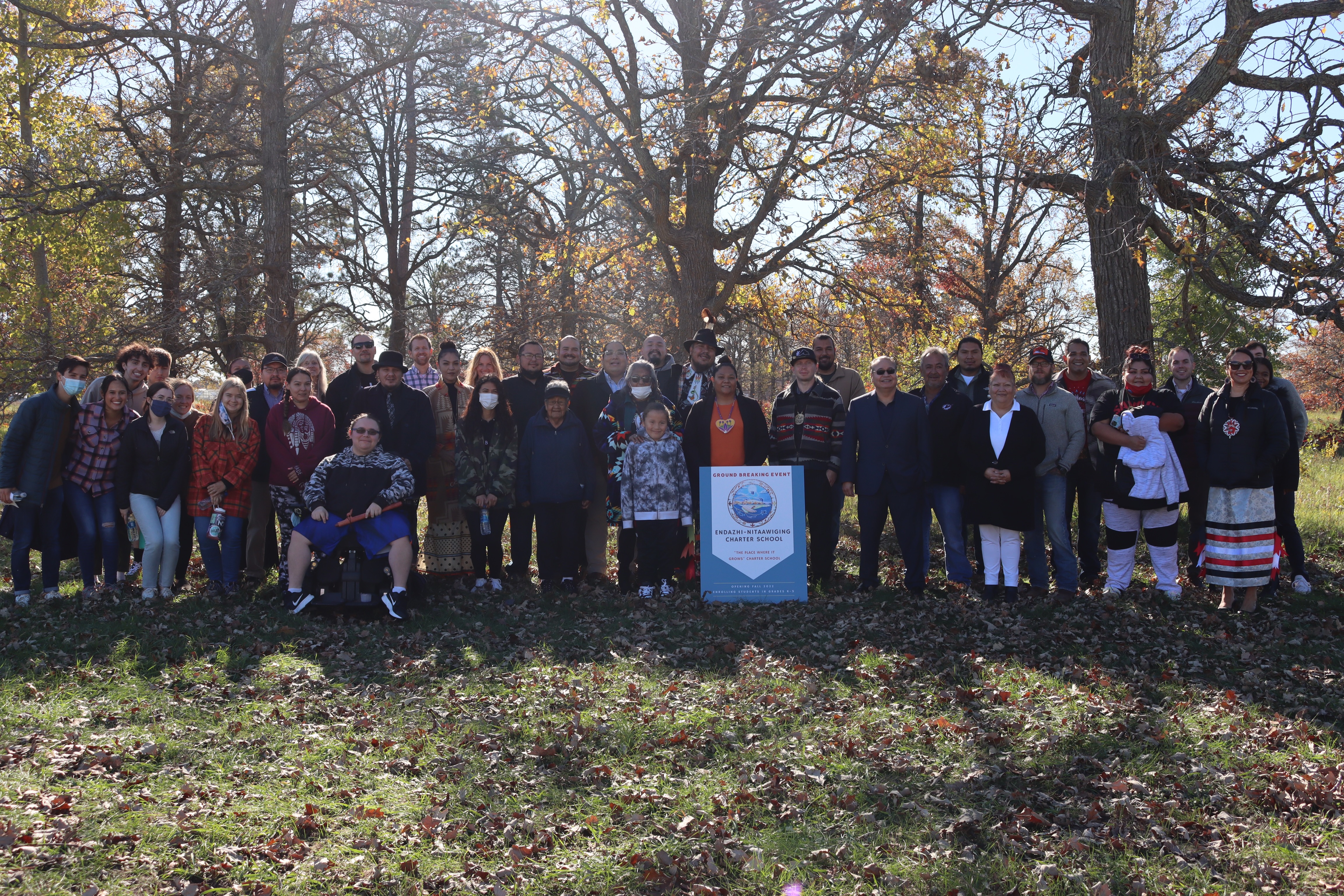 RED LAKE, Minn.—On the morning of Monday, October 18, the Red Lake Band of Chippewa Indians hosted a groundbreaking ceremony for the tribe’s first charter school, Endazhi-Nitaawiging (The Place Where It Grows). The charter school is owned by the tribe, and its focus is to teach enhanced knowledge of Ojibwe language, culture, leadership and environmental stewardship.

“Our Ojibwemowin is very important to us,” said Red Lake Band of Chippewa Indians Chairman Darrell Seki during the groundbreaking ceremony. “If you learn Ojibwemowin, you’ll learn our culture and traditions very clearly and that’s what we want for our next generation.”

The groundbreaking ceremony started with a sunrise ceremony, led by former boarding school survivors, followed by remarks by members of the Red Lake Tribal Council, members of the board, and Minnesota Representative Heather Keeler (Dakota/Shoshone, D-District 4, Moorhead). 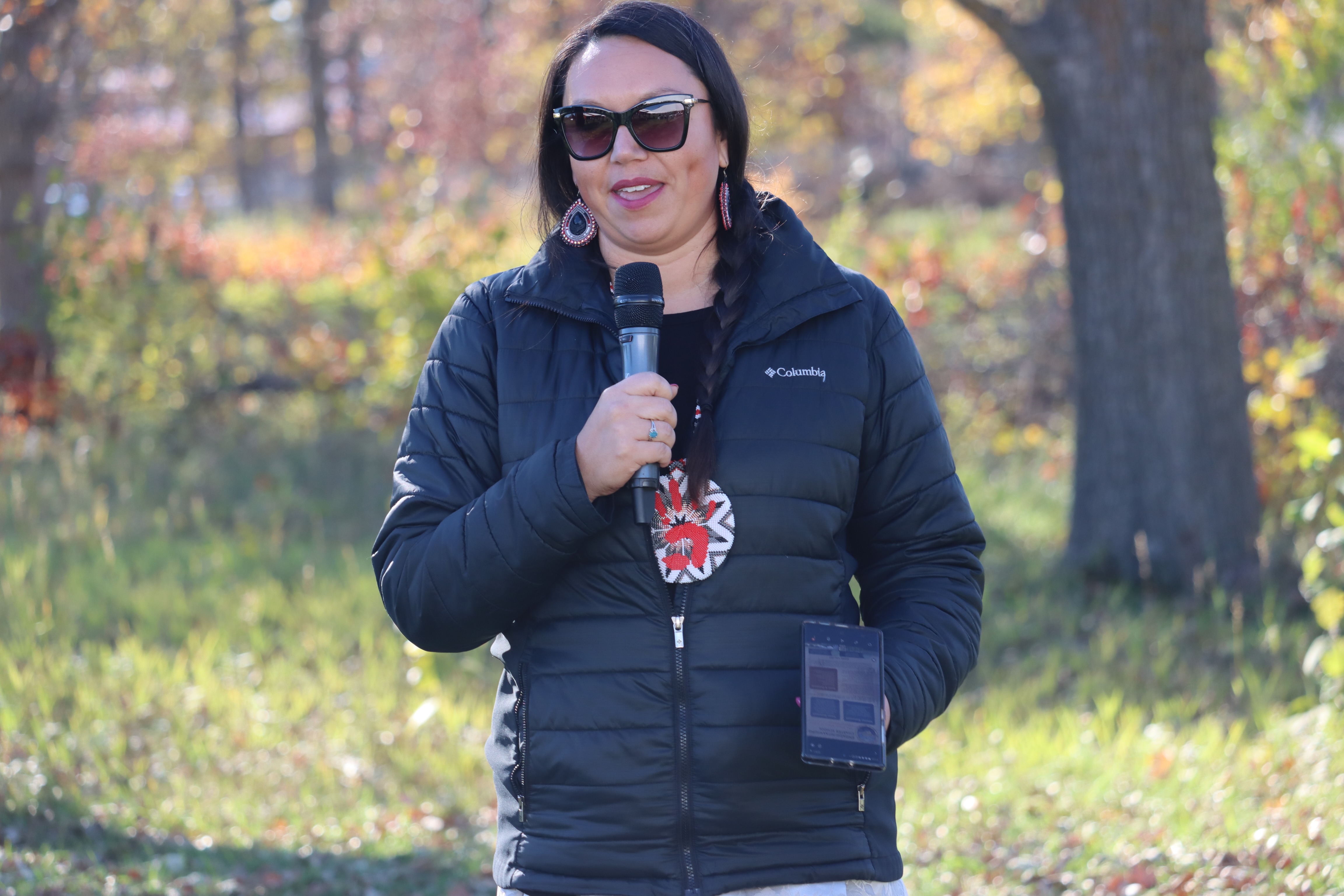 “This has been something our community has needed for a long time,” said Sam Strong, Red Lake Band of Chippewa Indians Secretary of State. “It’s about healing, about our kids, our community, and creating the next generation of leaders that will help us heal our nation.”

The morning’s sunrise ceremony was conducted within walking distance of the Red Lake Christian Mission, the closest ceremony to the mission in decades according to participants. The school’s mission is to focus on Ojibwe language and cultural revitalization and preservation with goals to prepare its students for college and career readiness, health and wellness, leadership development, land-based and experiential learning.

In October 2019, the Red Lake Tribal Council passed a resolution to partner with NACA Inspired Schools Network (NISN) to begin planning for Red Lake’s own charter school. The first planning session happened in August 2020, where community members and founding board members helped design the school.

“The design of our building centers our school educational philosophy,” said Naomi Long, Endazhi-Nitaawiging Board Member, to Native News Online.

The first phase of the school, costing just over $8 million, was funded by resources Red Lake Nation received from the American Rescue Plan Act. “This amount will allow Endazhi-Nitaawiging to open Fall 2022, serving 86 students kindergarten through fifth grade,” said Long.

The second phase will allow additional space for Endazhi-Nitaawiging to grow and add a grade each year. “We will have to raise an additional $3.9 million” total, Long added. Eventually, they aim to serve students through 8th grade.

“Our kids are so thirsty for who we are,” said Keeler during the ceremony. “After reading the mission statement and learning about Endazhi-Nitaawiging, it is so important that we are teaching so much more than language. We’re teaching our next generation how to be leaders because we can’t do this work alone.”