How Native Youth are Learning and Building Confidence through Digital Storytelling 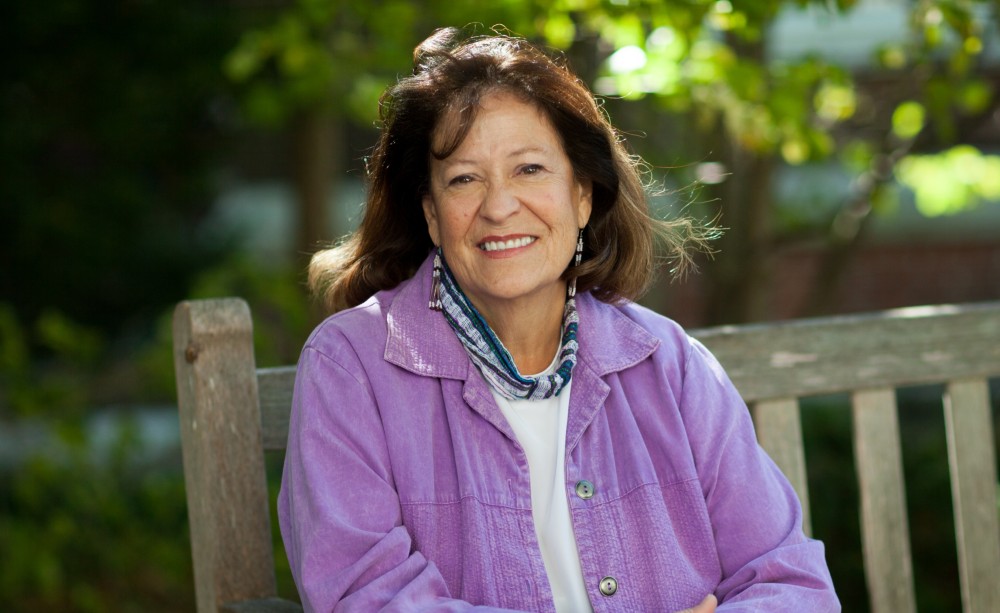 Native American students across the nation face certain educational challenges that their non-Native classmates may not experience. Native students have less access to Advanced Placement or college prep courses in high school, are less likely to have family members that attended college and are more likely to need grant aid assistance to attend college, according to the Postsecondary National Policy Institute.

These challenges can lead to fewer education opportunities for Native youth. College enrollment for Native students ages 18 to 24 is 24%, compared to 41% of the overall U.S. population.

Patty Loew, a citizen of Mashkiiziibii (Bad River Band of Lake Superior Ojibwe) and professor at Northwestern University’s Medill School of Journalism, is working to close this divide by educating tribal youth in digital storytelling. The Tribal Youth Media project is a four-week summer workshop for Native middle school and high school students that began in 2005 on the Lac Courte Oreilles reservation in Wisconsin, and later became part of the Bad River’s Summer Youth Program.

In a conversation with Native News Online reporter Kelsey Turner, Loew spoke about the work her students have accomplished.

Native News Online: Why are programs like Tribal Youth Media important for Native students and communities?

Patty Loew: In Native American cultures – it’s always dangerous to talk in sweeping generalizations – but we are oral cultures, and storytellers are revered in our communities. This is the way we pass down information from one generation to another, is through our storytellers. And so for young people to enter that realm and become storytellers, to feel empowered, to be recognized as a storyteller, is transformative in the best possible way. A lot of the kids that have come out of these workshops have become leaders in their communities. It’s just such a beautiful thing to see.

Native News Onlnie: You have an exciting project in the works funded through a National Science Foundation (NSF) grant. Can you tell us what the project is about?

Patty Loew: This year, I have this NSF grant, which is a multimedia, large project that includes an IMAX film, a four-part PBS television series, and short documentaries produced by rising ninth graders. We’ll be working with tribal kids in Washington, Alabama, Montana and at Bad River.

I’ll be helping them create short documentaries that look at the cultural and natural landscape changes caused by climate change in their own communities. And then those films will be shown along with the IMAX film in science museums around the country. We’ll be taking them to the science museum nearest them and they’ll be introducing their film.

Native News Online: The Tribal Youth Media program offers opportunities to these students that would likely not be available otherwise. Can you speak about the opportunities the program provides?

Patty Loew: Closing the digital divide is a really important aspect of this program. In some of these rural communities, there’s limited internet access, there’s a lack of bandwidth. The reality is, our kids were so disadvantaged because of this digital divide. By introducing them to Photoshop and video editing programs and digital music composition, we were giving them skills that they really needed to be successful in an increasingly high-tech, mainstream world.

Thankfully, my tribal leaders spent the federal COVID funds allocated to Bad River to extend internet service to all homes that have school-age children. Now that we have internet, I just can’t believe all the opportunities that our kids are going to have.

Native News Online: What do students learn through the Tribal Youth Media program?

Patty Loew: We teach them photojournalism, videography, web design, digital music composition and editing. They create short documentaries over the course of the week about topics that elders in the community have identified as topics the community is interested in and that they want their kids to explore.

The kids produce these short documentaries either by themselves or in small groups. Then at the end of the four weeks, we have a community celebration. Parents, community members, tribal members and people that have participated join us for lunch at the conference center. We show the videos, kids take their bows, and those stories have become part of the tribe’s historical archive.

Native News Online: What is one takeaway you hope your students get from this program?

Patty Loew: Confidence. A lot of what I do in our summer youth workshops is to try to undo what’s been done to them emotionally in the school year. To tell them they’re smart, they’re capable, and to work on their confidence, because so many of them come to me just beaten down. And that’s what’s so gratifying when I work with these kids, and I see what they’re capable of, and I’m able to show that and share that with the same teachers that have underestimated these kids.

Whether or not they become filmmakers, if they make choices and they go into those choices with confidence and high self-esteem and a sense that they belong to something bigger than themselves – that they are part of an Indigenous community that has a connection to their ancestral lands, and that they feel a certain stewardship toward that land – regardless of what profession they go into, I will have done my work.

Patty Loew: The courage to not be constrained by boundaries. You know, I come out of PBS, and there are certain rules that you follow for a PBS-type video. And these kids are doing just crazy, wacky stuff sometimes. I just love working with them because they’re not afraid to break the rules. I think that’s rubbed off on me. I’m more willing to break the rules than I used to be as a young filmmaker.

And the love of family. Connecting with a homogenous community where everybody is extended family, and seeing the kindness that young people show their elders.

There’s a lot that I’ve learned from these kids, but those are the first two things I thought about. Fearlessness and loyalty.