‘No words can emphasize the feelings that we're going through’

At a press conference this afternoon, leaders of the James Cree Nation spoke publicly for the first time about the mass murder of 10 people on and near the reservation in Saskatchewan, Canada. 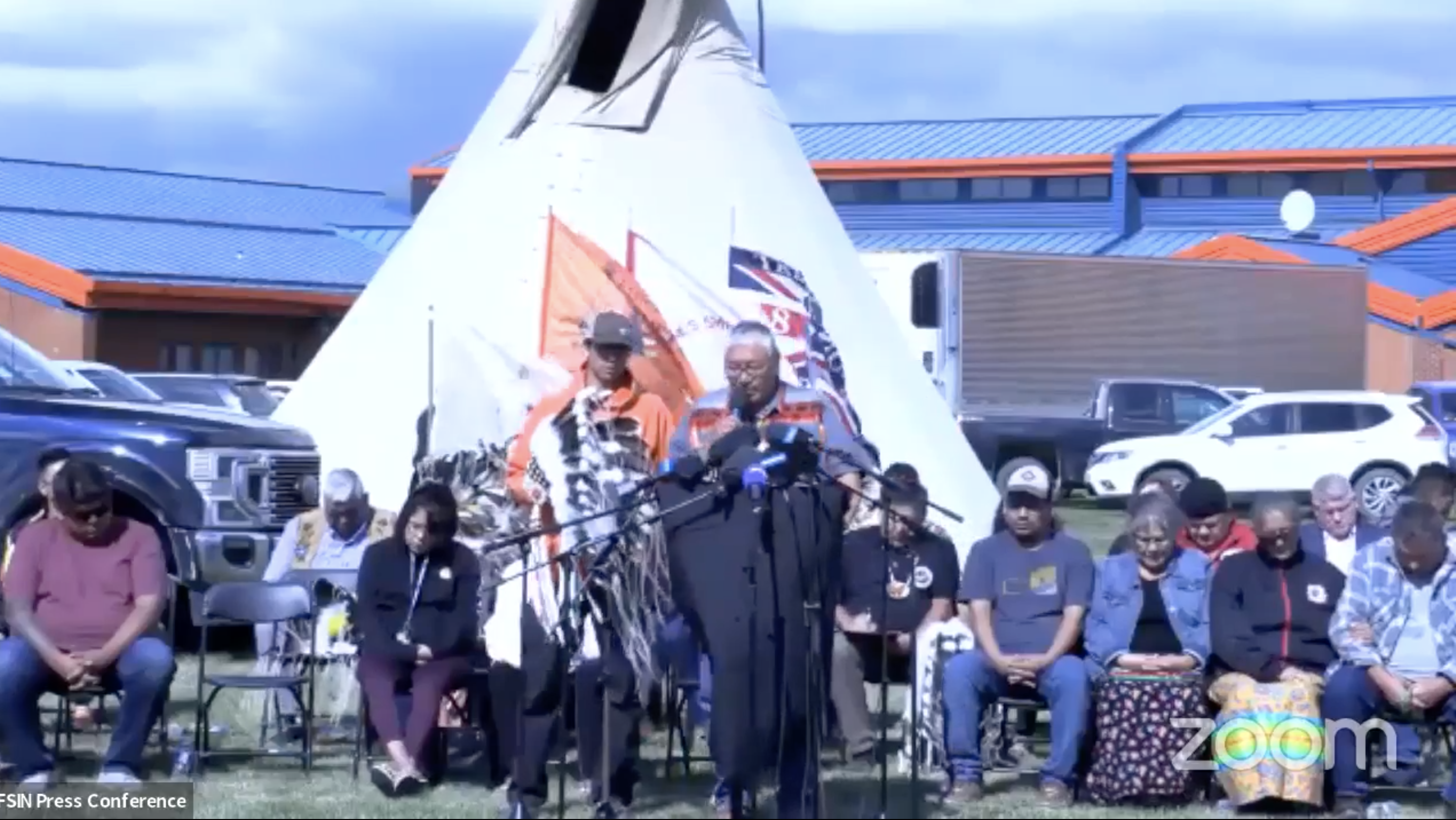 Indigenous leaders, Canadian government officials, the Royal Canadian Mounted Police, and members of the victims’ families were in attendance.

On Sunday, Sept. 4, brothers Myles and Damien Sanderson reportedly went on a deadly stabbing spree in 13 separate locations throughout the James Smith Cree Nation and in the nearby village of Weldon.

The Saskatchewan Coroner’s Service yesterday confirmed the names of all 10 victims — nine of whom were citizens of the James Smith Cree Nation. An additional 19 people were injured, including one as young as 14 years old, though their identities were not released.

“No words can emphasize the feelings that we're going through,” Chief Burns said. “My nephews lost their father—my best friend. My family on the left lost their sister. These acts of violence have to stop, and they have to stop now.”

Many blamed the attacks on rampant addiction issues on the reserve. To stop the violence and protect Indigenous communities, there needs to be more awareness of addiction and the introduction of more drugs and alcohol treatment centers on Indigenous lands, Burns said.

The youngest of the victims was 23 years old. The oldest was the only non-tribal member killed, 78-year-old Wesley Petterson of Weldon, Saskatchewan.

One of the victims, Robert Sanderson, 49, shared the alleged killers’ last name, though it’s not clear there was any relationship.

Two additional victims appear to have been related to one another: Lana Head, 49, and Christian Head, 54.

The suspects in the murders — brothers Damien Sanderson, 31, and Myles Sanderson, 30, of the James Smith Cree Nation—have both since died. Damien was found dead by police on Sept. 5, and authorities said they are looking into whether his brother killed him.

Myles Sanderson was taken into police custody two days later, after police said they believed he sustained some injuries. He died in police custody the same day, after experiencing “medical distress.”

One of the alleged attackers, Myles Sanderson, was released by a parole board in February and has been wanted by police since May for violating conditions related to his release. He had 59 convictions, with an extensive list of violent crimes such as assault and robbery. He faced three counts of first-degree murder, one count of attempted murder, and one count of breaking-and-entering.

“The justice system needs to work with our members, our leaders of our First Nations, and establish – in this case – a transition period for those dangerous offenders that are within a system,” Hardlotte said.

Law enforcement officials say a motive is not yet known as to what motivated the killing spree.