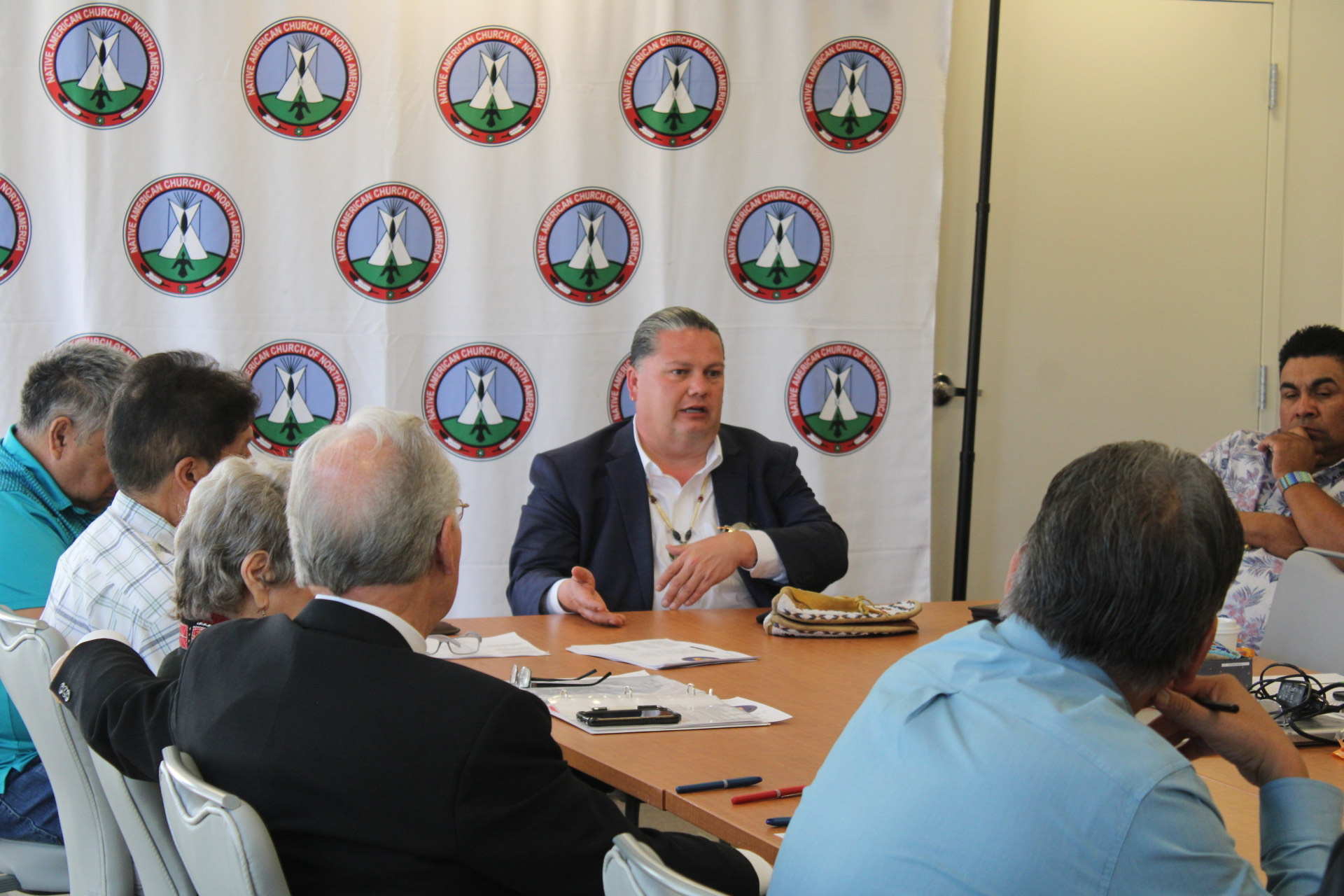 WASHINGTON — Leaders of the Native American Church of North America (NACNA) are meeting on Capitol Hill this week to discuss continued protections of American Indian religious freedom, particularly the protection of peyote habitat.

"We secured the use of peyote with the American Indian Religious Freedom Act, but we never advocated for the protection of its habitat," Ryan Wilson, chairman of NACNA’s Legislative Committee, said during Wednesday's meeting.

The American Indian Religious Freedom Act (AIRFA) of 1978 declared that the federal government would support American Indian and Alaskan Native religions. AIRFA was amended in 1994 to include the legal protections of the use, acquisition, and transportation of peyote by enrolled citizens of federally recognized tribes.

The bill and its subsequent amendment expanded federal trust responsibility to include protections of American Indian religious freedoms, which includes the only federal statute to specify a religion — the Native American Church.

With more than 300,000 members, NACNA is the largest inter-tribal religious organization in the United States. An integral part of the religion is the use of peyote as a sacrament. Peyote is grown and harvested on private lands along the Texas/Mexico border in a place known as the  "peyote gardens."

Leaders argue that the decline in peyote habitat threatens an entire religion and way of life.

"The Native American Church faces an immediate and dire crisis: the extinction of peyote and increasing barriers to the free and full exercise of our religion," according to a NACNA post on Facebook promoting a virtual meeting in June 2022. Modern energy and infrastructure development, climatic shifts, and certain grazing and agricultural practices are rapidly diminishing peyote habitat, according to the post.

If awarded, the program will compensate land owners for converting their lands into a protected peyote habitat and would fund activities that focus on the conservation and managed harvest of peyote. The program would establish an advisory committee with federally recognized tribes, tribal leaders, state and federal officials, and private landowners to preserve and maximize long-term peyote habitat protections.

"Ceremony is at the heart of our sovereignty," Wright said. "It's important for us to use our collective voice when discussing these issues (of protecting American Indian religious freedom)."

At the meeting, Wright voiced support and partnership from the country's largest and most representative American Indian advocacy organization.

Under AIRFA, only members of the Native American Church who are also members of a federally recognized tribe are authorized to ingest peyote. Dozens of cities across the nation have considered legislation to decriminalize mind-altering plants and fungi that have come to be known as "The Big 5" — magic mushrooms, iboga, ayahuasca, Huachuca and peyote.

It is illegal for non-tribal members to possess peyote, and one must be licensed by the Drug Enforcement Administration (DEA) to harvest it. Decriminalization of peyote would further threaten its use, some leaders say.

"It's not a drug to our people, we consider it a medicine," Darrell Red Cloud, a delegate of NACNA from the Pine Ridge Indian Reservation, said. "Peyote is not for recreational use."