WASHINGTON – The National Congress of American Indians announced today that it has elevated Larry Wright, Jr. (Ponca Tribe of Nebraska) to the post of executive director for the national advocacy group. 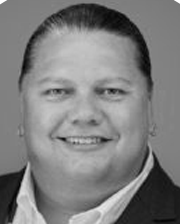 Wright, a former tribal chairman of 11 years, has been serving as NCAI’s acting executive director in addition to his role as the director of leadership engagement for the organization.

In his new position, he’ll be responsible for managing the day-to-day operations of the organization and “creating a strategic pathway” for the long-term success for NCAI and the NCAI Fund, according to a statement.  Wright will report directly to the NCAI Executive Committee.

“NCAI is excited to welcome and congratulate Larry Wright, Jr. in his new role within the organization,” NCAI President Fawn Sharp said in a statement. “His experience advocating on behalf of Tribal Nations coupled with his unique understanding of the critical role NCAI plays to protect and advance tribal sovereignty make him the ideal candidate to lead this organization forward.”

Wright’s appointment follows a period of upheaval in NCAI’s executive leadership suite. In June, two days before NCAI’s mid-year convention, the organization said its president, Dante Desiderio, had been placed on administrative leave. NCAI announced two months later that it had parted ways with Desiderio, though no reason was given in its announcement of the change.  Desiderio has since filed a $5 million lawsuit against NCAI.