On her first day of freedom after 23 years of incarceration, LaVonne Roach, 56, was mind blown by simple things: watching the prison shrink smaller in the car’s rear view mirror; racks of clothing choices at Walmart; the plushness of a couch; using a key; gum. 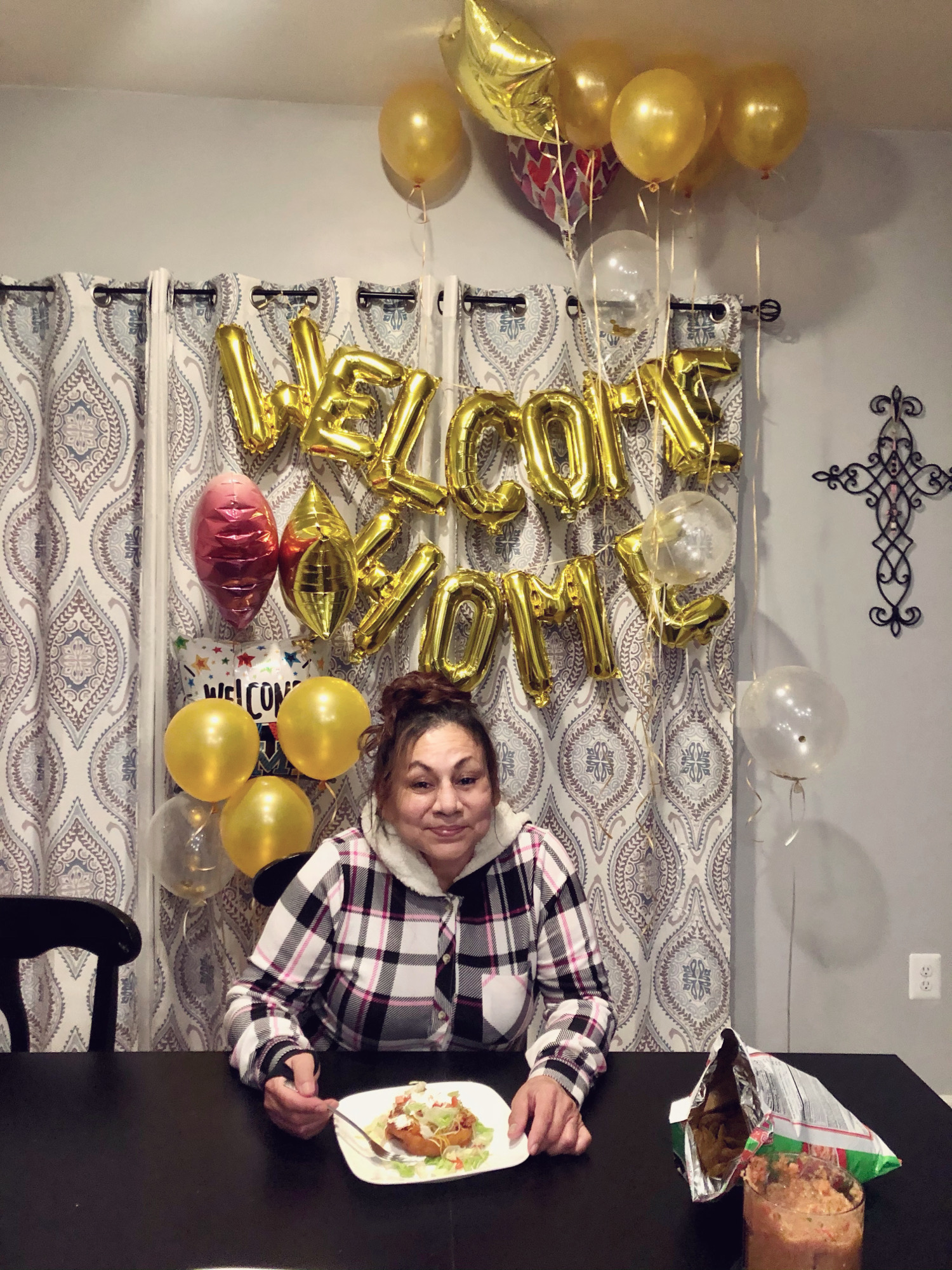 “I never had gum for 23 years,” Roach said on a phone call from her niece’s house in Virginia on Thursday. The night before, her niece made her Indian tacos. “Simple things that people take for granted are amazing to me. I don’t take that for granted no more. Just sitting on a regular couch feels like I'm sitting on a cloud.”

Roach was released from Federal Prison Camp Alderson in West Virginia on Jan. 20. She was among the list of 143 prisoners that received pardons or clemency from exiting President Donald Trump in his final 24 hours in office.

In her early 30s in Rapid City, S.D., Roach was hooked on pot when she met a drug dealer who got her hooked on something bigger: meth. “It grabbed me right away,” Roach said. Soon, she was helping her then-fiancé distribute the drugs. “I knew I had to suffer the consequences of my choices,” she said. “But I think that 30 years was way too much. They came after me because I wouldn't cooperate.”

The early departure from her 30-year sentence for a nonviolent conspiracy to distribute meth charge was bittersweet to Roach, who expected to be released four years ago when her parents were still alive. She was given a lawyer and a clemency appeal under the Obama administration's initiative, but said her attorney filed her petition late, meaning her clemency was passed over. The prosecutor in her case wrote a letter of support for Roach’s release, stating that “she is no longer the same person who was sentenced 22 years ago.”

“What would I say to Donald Trump?” Roach laughed. “Thank you for signing my clemency.”

Roach, a member of the Cheyenne River Sioux Tribe, says she’s just one example of the criminal justice system’s shortcomings.

In the four different prisons she lived in over the course of her multi-decade sentence, she came across many women whose crimes didn’t fit their punishments.

“I used to sit there and look around me and all I would see for the majority of the women were abused women. They were drug addicts,” Roach said. “They should have just gotten help, not sentenced to prison for 30 years.”

One of those over-sentenced women was Amy Povah, the present-day founder of CAN-DO, an advocacy group that fights for clemency for those incarcerated for nonviolent drug crimes. Povah served nine of her 24-year sentence for a conspiracy drug charge, and was granted clemency under the Clinton administration in 2000. She has since made it her mission to draw attention to the injustice of the conspiracy law, the same one Roach was convicted under, as a “means to indict women based on their association or proximity to drug activity that holds them responsible for the actions of others,” Povah’s website reads.

Roach said if you wanted to find Povah in prison, you’d find her at the library.

“She spent all her time fighting for her freedom,” Roach said. “She always would be at the library writing letters to magazines, telling her story, writing to attorneys.”

Povah helped Roach file a legal recourse document, arguing that the attorney in her trial didn’t effectively present evidence to prove her innocence. When Roach couldn’t afford an attorney to help fight for her innocence, she learned the law herself — earning her paralegal certificate.

Eventually, she taught a paralegal course to other inmates to help women learn how to file motions to fight for their freedom.

“I have the knowledge of the justice system, how it works, and how to find a way to get out (of prison),” Roach said, “Whereas before, I was lost.”

Later, out of prison, Povah helped Roach’s late parents and daughter fight for clemency by advocating to senators, lawyers and even presenting at the White House.

In addition to fighting for her freedom in prison, Roach also spent a lot of time advocating for her rights as a Native American.

Native Americans are overrepresented in the criminal justice system, with an incarceration rate that is more than four times the rate of white people, according to the National Council on Crime and Delinquency.

In prison, Roach said she became closer to her spirituality, hosting talking circles, purification ceremonies, and an annual powwow at the Dublin Federal Correctional Institution.

“Native American religious rights are pretty nonexistent,” Roach said. She was relocated four times throughout her sentence after she began writing up correctional facilities for infringing on her constitutional rights. “You have to fight just to be able to pray and teach.”

Now that she’s out of prison, Roach said she wants to focus on healing herself and her family. She has three children and 11 grandchildren, some of whom she’ll soon meet for the first time.

Moving forward, she intends to move back to her hometown and refocus her energy towards advocacy work and youth mentoring.

“I'm a big advocate for mentoring our young people. I hope that by listening to me, they could make a better choice than I did,” she said. “I want them to see outside of the box of oppression and poverty that surrounds our communities. I want them to live, not just exist.”