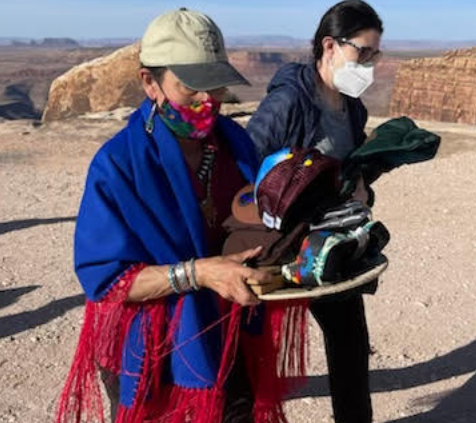 WASHINGTON — The Washington Post reported on Monday evening that Interior Secretary Deb Haaland has submitted a recommendation to President Joe Biden return the Bears Ears, Grand Staircase-Escalante, and Northeast Canyons and Seamounts National Monuments to the sizes they occupied before drastic reductions were made by President Donald Trump.

Her recommendation is that full protections should be restored to the three national monuments, preserving about 5 million acres of federal land and water. The Post said Haaland’s report was confidential and its sources spoke on condition of anonymity.

“We are thankful that Secretary Haaland concurs with the Coalition’s assertion that former President Trump’s attempt to remove and replace the original Bears Ears National Monument was unjustified,” the coalition said in a press release Wednesday.

Native News Online previously reported about the great historical and cultural significance of Bears Ears to tribes and Trump’s reduction of its size by 85 percent in 2017. According to the Post, Trump also cut the Grand Staircase-Escalante National Monument by almost half its size and allowed for commercial fishing in the Northeast Canyons and Seamounts monument.

Utah’s congressional delegation sent a letter to President Joe Biden, asking him to meet with them and make Haaland’s report available to Congress before issuing a final decision.

“We appreciate your cooperation and willingness to engage thus far, and we again urge your administration to work with us to craft collaborative, consensus legislation that reflects the input of the people most directly impacted,” the delegation wrote. “It is past time to end the political back-and-forth that the communities in our state have been subjected to for more than 25 years, and you have a historic opportunity to do so by working with Congress.”

The BEITC calls for Biden to act now, saying that Utah legislators have not been open to working with the coalition in the past and that this is “nothing more than a stall tactic.”

“The Hopi Nation, with its historical and cultural ties to the Bears Ears National Monument, is anxiously and patiently awaiting a conclusive decision from President Biden, one that will correct the injustices done to us by the last president and his administration,” Hopi Vice-Chairman and BEITC Co-Chair Clark Tenakhongva said in the BEITC’s press release. “And it is my hope that once the Bears Ears National Monument has been restored, together, we can turn the page to a new and brighter chapter in the shared story of America.”

The BEITC also thanked Haaland for consulting with stakeholders during her visit to Bear’s Ears in her first month in office. The coalition is made up of the Navajo Nation, the Hopi Tribe, the Ute Mountain Ute Tribe, the Pueblo of Zuni, and the Ute Indian Tribe. It advocates collaborative land management between the coalition and federal agencies and protection of historic sites and cultural resources, among other objectives regarding Bears Ears.