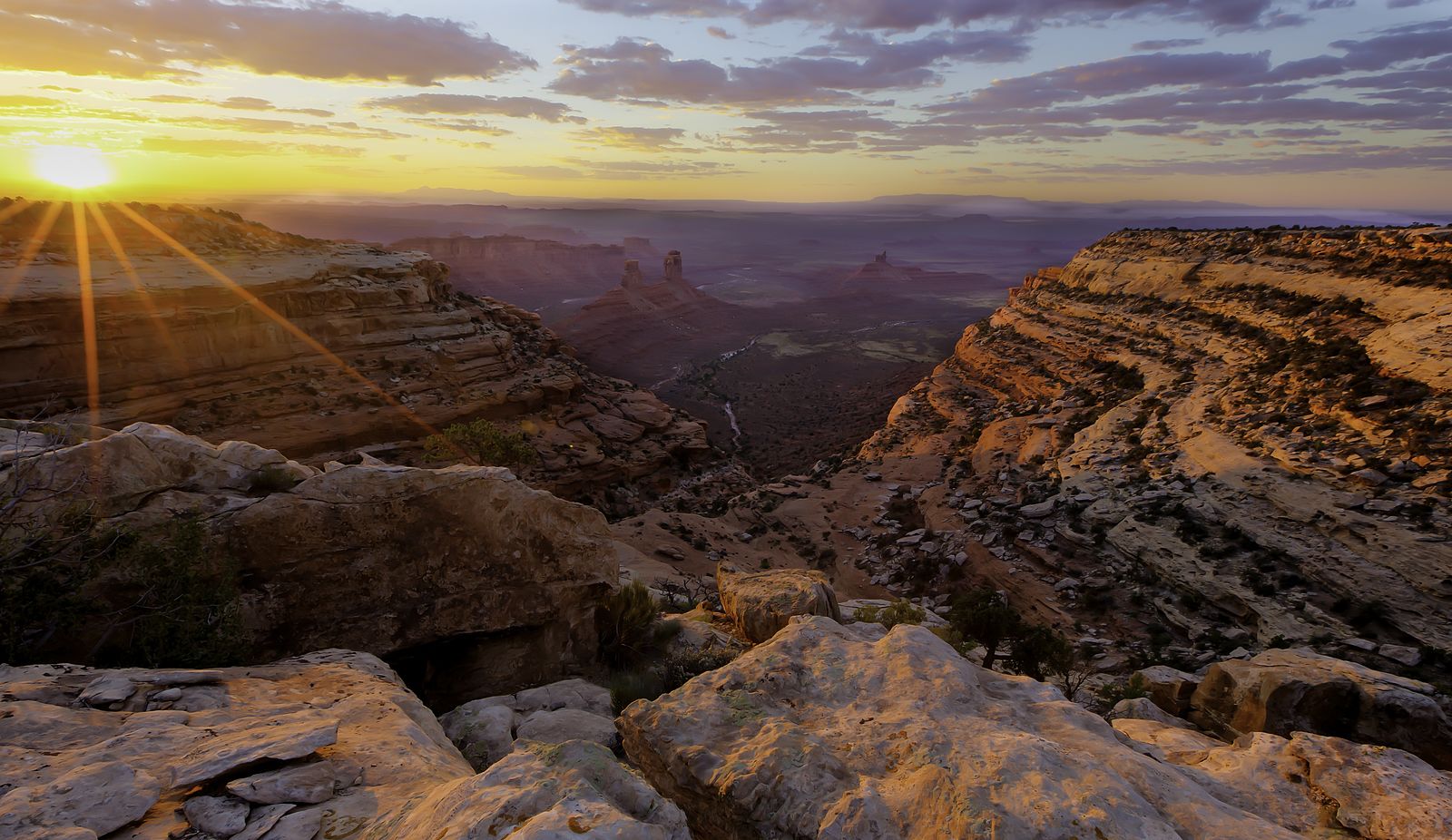 “We’ve been waiting for this day since the day Donald Trump reduced the monument,” Mark Maryboy (Diné) said with relief.

Maryboy, a longtime Navajo Councilman, citizen and Bears Ears advocate, was among about 20 tribal members and community organizers who gathered on Thursday at Nuley Point, about 15 miles south of Bears Ears, to make their case to Interior Secretary Deb Haaland (Pueblo of Laguna) to reinstate—and even expand—areas of their sacred land, which was significantly shrunk under the Trump administration.

The 1.35-acre sacred site in Southwest Utah encompasses archaeological records such as petroglyphs, ancient cliff dwellings, ceremonial sites and artifacts dating back thousands of years, making it historically and culturally significant to the Navajo and Hopi Nations that still use the land.

The sacred area offers healing powers to the people that have inhabited it since time immemorial. Bits of land within the area where the sun doesn’t touch are known as places to heal those who are sick, Maryboy—whose great grandfather lived on Bears Ears—said. Listening, star gazing, and placing offerings in certain locations are also made to heal the community and its residents There are also specific plants and herbs collected from the area that contain healing properties.

President Obama proclaimed Bears Ears a National Monument in 2016, including about 1 million acres of public land managed by the Bureau of Land Management and 290,000 acres managed by the US Forest Service. President Trump ordered an 85 percent reduction in size the following year.

In several years of advocacy work on behalf of reinstating and expanding Bears Ears, Maryboy said the biggest problem was the lack of a voice in the nation’s capital. He said when the former administration’s Secretary of State visited Utah, he did not consult with tribal nations.

Haaland travelled to New Mexico and Utah this week to consult with federal, state and tribal officials as part of the Interior Department’s review of the boundaries and management conditions of the two national monuments, according to a department press release.

In Bluff, Utah, on Wednesday, Haaland met with Navajo Nation President Jonathan Nez and Navajo Nation Attorney General Doreen McPaul, who both called for the restoration and expansion of Bears Ears.

In a second meeting at another sacred site of ancient ruins at Butler Wash, Maryboy said Utah Sen. Mitt Romney showed up, as well as the state’s new congressional delegation from Distinct 1, Rep. Blake Moore, and Utah Gov. Spencer Cox.

On Friday, Haaland will travel to Kane County for additional meetings with stakeholders, including elected officials, ranchers, conservation organizations, local business owners, and Indigenous leaders, the Department of the Interior said.

Maryboy said that, while there was no opposition to the Bears Ears Monument during the inter-tribal meeting with Haaland, he expects her later meeting with residents in Blanding will yield different results. Some Navajo citizens are opposed to the classification, but Maryboy said it’s only “enough to put them in a hogan,” or a Navajo house.

According to Maryboy, who has penned a book “Utah Dine-Bikeyah” on Bears Ears including interviews he conducted with elders who have strong knowledge of the land, tension between Native people and non-Native people began around 1923 when the Mormons in the area—who arrived in the mid-1800s and learned how to hunt and live off the land with help from the locals—murdered a Navajo chief who was attempting to protect the land. In the 50s, the Mormons “became very aggressive and forcibly moved the Native Americans south of the San Juan River,” Maryboy said.

Maryboy said Haaland didn’t specifically address the issues brought up on Thursday, but thanked those who spoke. But he still remains hopeful the Biden administration will restore the national monument.