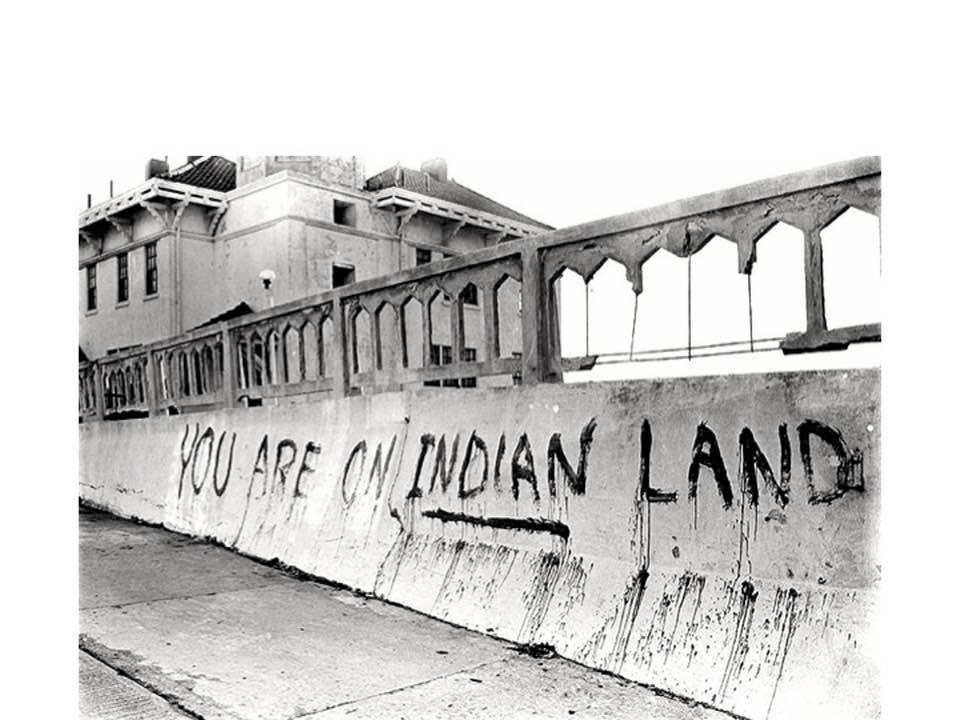 Indians of All Tribes will commemorate the 52nd anniversary of the Native Student Occupation of Alcatraz Island on Saturday, November 20, 2021 on Alcatraz Island.

For years, the island was home to a federal penitentiary. Called the “Rock,” the penitentiary’s most famous inmate was notorious gangster Al Capone. After the prison closed in 1963, Native Americans began to petition the federal government to put it into “Indian land.”

It was on November 20, 1969 when a group of 89 Native Americans from many tribes landed by boat on Alcatraz Island and claimed the former prison as Indian territory.

The group of students formed Indians of All Tribes, which still exists today.

For 19 months the Indians of All Tribes occupied Alcatraz Island, defying then President Richard Nixon, the U.S. Coast Guard, and other branches of the federal government who ordered the Native Americans to leave.

“After centuries of broken treaties, brutal injustice and discriminatory US Government policies which sought to assimilate Indians and erase their traditions and heritage, this fight for the survival of their people, took on meaningful action by annexing Alcatraz and demanding its possession in a call for attention to their plight, ultimately capturing the attention of the San Francisco Bay Area, the nation and the world,” Dr. LaNada War Jack, one of the original students who took over Alcatraz Island, said in a press release.

On Saturday, a program will begin at 10 a.m. Pacific Time,, that will include a welcome and land acknowledgement.

Citing the progress with President Joe Biden selecting Deb Haaland (Laguna Pueblo) to be the first Native American to become a presidential cabinet secretary and the president’s nomination of Charles F. Sams III, a tribal citizen of the Confederated Tribes of Umatilla, to become the director of the National Park Service, Indians of All Tribes organizers feel the timing may right to call for the establishment of Native American cultural center on Alcatraz Island.

The cultural center would create a permanent cultural presence on Alcatraz Island as a space for learning and gathering and is consistent with the stated goal of the National Park Service to recognize Indigenous culture as part of the national experience.

It appears we have had some initial support from the Park Service and IOAT intends to continue their plight for a physical presence on Alcatraz to share their histories and culture. Plans include having educational credit sponsored by a bay area college or university and continue to share the Indians of All Nations' stories and culture with teachers, professors and students.

The plan has its roots in some of the demands Indians of All Tribes made back over a half century ago. The plan called for an architectural plan for Thunderbird University and a cultural center. Although this never became a reality, President Nixon took some brave actions and signed an Executive Order to eradicate the Termination Policy in 1970. This stopped the states from terminating reservations and taking more land, and included strengthening the Bureau of Indian Affairs budget and Indian Health Service, among implementation of positive governmental policies.

To the first Native American to attend UC Berkeley, Dr. LaNada War Jack and Richard Oakes of SF State University, who initially led the coalition of Indians from across the country into a 19-month occupation of Alcatraz Island, the success and sacrifice of a peaceful revolution will continue to embark on its goal.

Dr. War Jack is on the present IOAT planning committee and will share this story as an original leader and Alcatraz veteran.