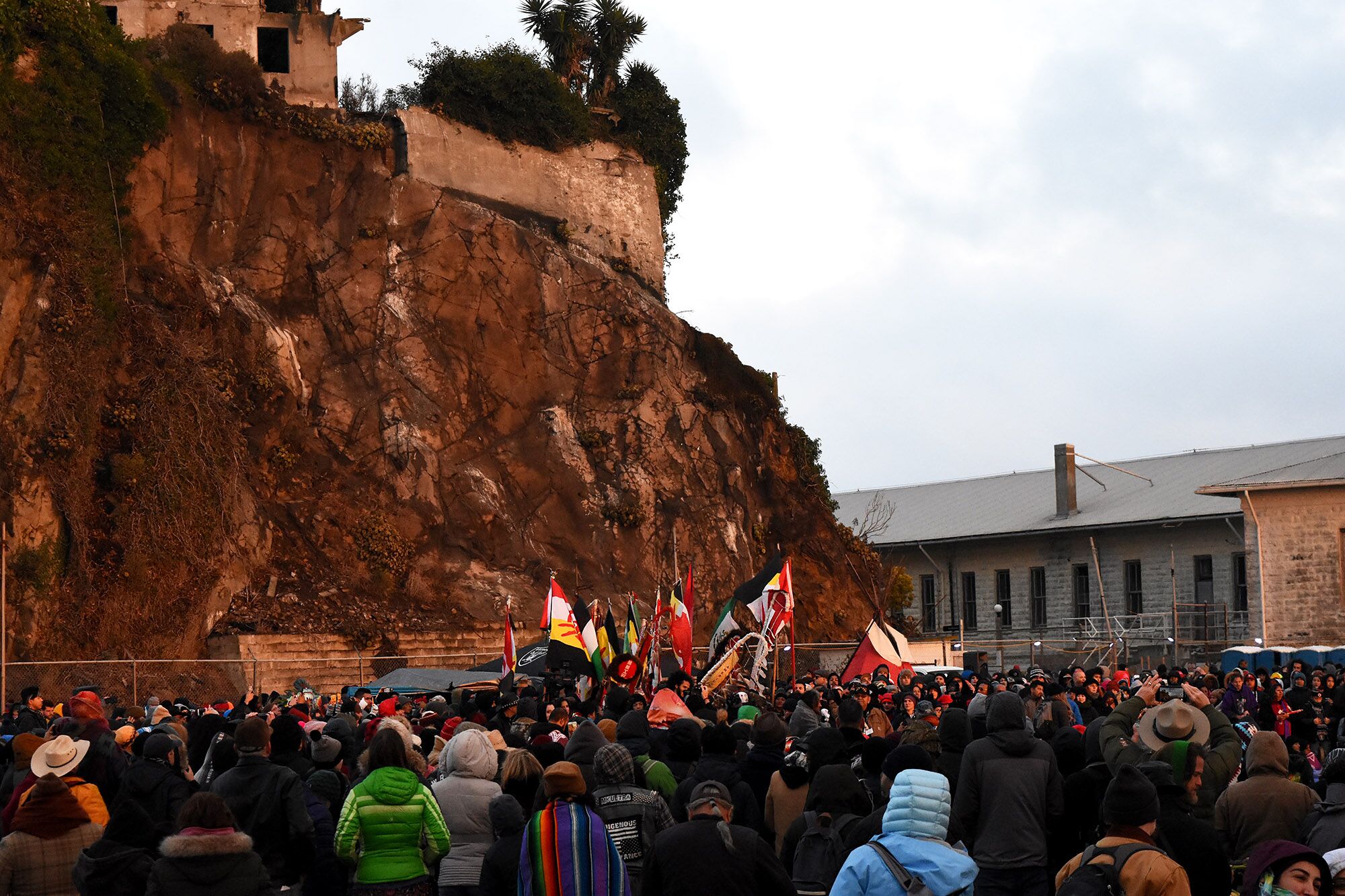 SAN FRANCISCO — In modern times, Alcatraz Island has become a symbol to American Indians. It is a symbol of both struggle and hope. The affinity American Indians have with Alcatraz Island goes deep. For years, the island was home to a federal penitentiary there. Called the “Rock,” the penitentiary’s most famous inmate was notorious gangster Al Capone.

After the prison closed in 1963, American Indians began to petition the federal government to put it into “Indian land.”

From November 1969 to July 1971, a group of American Indians took over and occupied Alcatraz Island led by Mohawk Richard Oakes, Tuscarora medicine man Mad Bear Anderson, and Grace Thorpe (Sac and Fox), the daughter of Olympic great Jim Thorpe. The group was called the Alcatraz Red Power Movement and was also known as the “Indians of All Tribes.”

Now Indians of All Tribes and others are asking U.S. Secretary of the Interior Deb Haaland and the National Park Service to establish a cultural center on the island.

LaNada War Jack, one of the original Alcatraz Island occupiers, told Native News Online that Indians of All Tribes has revived its “old” proposal from five decades ago.

“Our struggles for a better humanity, culture and life has never ended and we will continue to fight against racism and discrimination of all people,” War Jack said.

Part of that fight includes the cultural center that would help educate non-Natives about the history of Indigenous people of the United States.

The cultural center would establish a permanent cultural presence on Alcatraz Island as a space for learning and gathering and is consistent with the stated goal of the Park Service to recognize Indigenous culture as part of the national experience. One of the goals for the island, which hosts several Native events such as the Sunrise Ceremony and the Indigenous Canoe Journey, is to refashion the lighthouse into a Thunderbird totem in honor of the symbolic meaning of power, presence, and protection.

Currently, there is a photo exhibit in the New Industries Building that is the proposed site of the Indians of All Tribes Thunderbird Cultural Center. The exhibit showcases the 50th Anniversary of the 1969 Takeover and Occupation.

One goal in the proposal is to require the Parks Service to officially designate Alcatraz Island as being on Ohlone territory, which was occupied by Natives for thousands of years prior to European contact.

Additionally, visitors will be exposed to the true histories of Native California tribes and the 1969 Native Occupation of the event and why it happened.

The Indians of All Tribes group has requested to meet with Sec. Haaland to discuss the proposed cultural center.