Our Favorite Stories of the Year 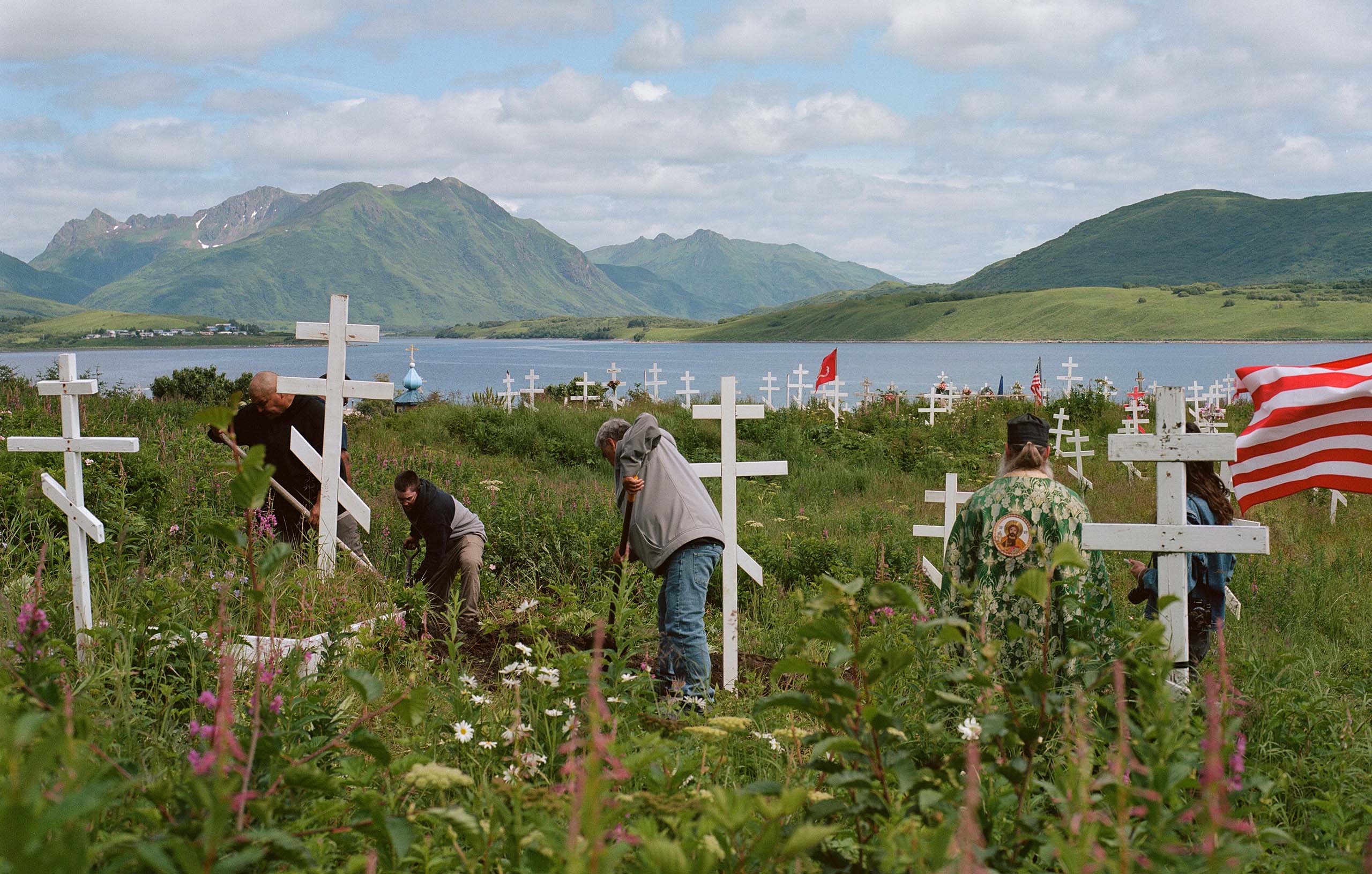 It’s been quite a year for our small-but-scrappy editorial team at Native News Online and Tribal Business News.

After two years of limited travel and mostly working from home, we headed out on the road to cover important stories throughout Indian Country. Over the past 12 months, our editors and reporters have traveled far and wide to report stories on issues ranging from Indian Boarding Schools and repatriation, to Native health, Tribal economic development, Indigenous environmental efforts, and more.

We asked our editorial team to pick one story they worked on this year that ranked as their favorite among the hundreds we published in 2022. Here are their answers.

My favorite story I worked on this year was ‘Bringing Anastasia Home.’ In early July, I followed the family of Anastasia Ashouwak on their journey collecting their ancestor’s remains in Carlisle, Pennsylvania, and returning them home to Kodiak, Alaska. Anastasia died at an Indian boarding school in Pennsylvania 121 years ago. She was one of more than 100,000 Indigenous youth removed from their families and communities and sent to Indian boarding schools as part of the U.S. government’s 150-year policy to assimilate Native youth. This is a story about what was taken during the boarding school era—including Anastasia’s life— but ultimately about what remains: the strong Alutiiq culture that Anastasia’s ancestors rely on for strength and healing, despite the government’s best efforts to erase and destroy it.

In 2022, the story I felt most privileged to bear witness to the Native American Church of North America’s efforts to preserve the habitat of peyote on Capitol Hill. Peyote’s habitat, like many other natural habitats throughout the world, is being affected by over-extraction and climate change. Hearing direct testimony on how preserving peyote’s habitat relates to the preservation of culture, including ensuring the federal government lives up to its trust responsibility to the American Indian Religious Freedom Act (AIRFA), is hugely impactful to Indian Country. However, it is only the beginning of a long journey, and I am committed to continuing to report on efforts to protect peyote and its habitat.

I remember the excitement in the Native News Online newsroom when we heard the news that Democrat Mary Peltola, who is Yup’ik, won the special election to fill Alaska’s sole congressional seat. Her victory meant the first-ever Alaska Native would become a member of Congress. Her victory over former governor and vice presidential candidate Sarah Palin added to the thrill of her winning.

Native News Online reached out to her campaign for an interview. With a five-hour difference due to living in two different time zones, we were finally able to arrange a time for a telephone interview.

I remember the excitement and confidence in Peltola’s voice as I interviewed her about her historic victory. She ran on being “pro-fish” and pro-choice. Her commitment to saving the fishing industry in Alaska will be needed as climate change continues down its dismal pathway. Her statement on being pro-choice speaks has stuck with me since. It was was:

“Since I’m talking to you, Levi, and your Native audience, I do want to also mention that part of my view on women’s reproductive rights is influenced by the fact that many Alaskan Natives and Native Americans were sterilized without their knowledge or consent.”

Her answer speaks to the notion that representation matters.

Her interview is a favorite of the work I did in 2022.

One of my favorite stories I covered for Native News Online was the edition of Native Bidaské where I interviewed Elva Guerra from the hit show Reservation Dogs. It was refreshing to sit down with someone who was the same age as me and has been through similar experiences as I have. Seeing myself reflected, much like other Native kids, on television is such an amazing feeling. I loved sitting down with Elva and talking about their experience as a two-spirit and queer Native. This experience is something I share, and it is sort of surreal to be able to see that in the media. I loved being able to have a conversation about the struggles as queer Natives, especially in show business. Talking with Elva reminded me of why we do what we do here at Native News Online. We share these stories that rarely get the time of day so that Native youth can see themselves reflected and give them a chance to want something more, to give them the motivation to reach their dreams.

As an editor, I have the privilege of working with our entire team on stories, including many of the ones mentioned here, which were also among my favorites. That being said, my favorite story for 2022 was a piece that freelance writer Ben Pryor (Choctaw) wrote for Native News about Alaska Native, Suicide Prevention Advocate and Ultra-Runner Carol Seppilu. Ben is a pro who is always open to ideas about sourcing, story angles, and ways to sharpen his writing. He did a superb job covering a highly sensitive issue (suicide) and taking us on the journey of a remarkable woman whose ancestors visited her in a vision, inspiring her to climb out of the depths of depression and alcoholism — and run for her life. In doing so, she’s become an inspiration for many Natives and non-Natives across the country.

Reporting for Native News and Tribal Business News has been a highlight of my career so far. Each article is an opportunity to learn something new about the issues that impact people’s everyday lives in Indian Country. My favorite article I wrote in 2022 was SOVEREIGNTY IN THE BALANCE: Lack of Native voices, little familiarity with ICWA law on display in Brackeen case. The article examined the absence of Native voices during November’s historic ICWA arguments and the lack of Native attorneys that have argued in front of the Supreme Court in the past 20 years. During the ICWA hearings, there appeared to be a glaringly limited understanding of how states apply ICWA and the obligation the U.S. government has to support tribal self-governance and economic prosperity. This was a story about the stifling of Indigenous voices on the national stage and the constant decentering of Native Americans, even in uniquely Native issues.

It’s been a banner year for economic development in Indian Country — unprecedented federal support and funding alongside tribal innovations and investments have helped tribes leap forward in new and exciting ways. More than anything else, however, I’ve enjoyed watching Indian Country come online amid a wave of grants and investments in broadband. Tribes have come up with an array of ways to address the digital divide, but my favorite remains a story out of Alaska, where telecom company GCI has partnered with the Native Village of Port Lions for an undersea fiber network. Right now, a lot of Alaskans pay hundreds of dollars a month for speeds only a little faster than dial-up. Thanks to partnerships like these, Alaskan Natives will be able to access a range of suddenly-crucial technologies in the age of COVID-19.

The standout story of the year from my own reporting has been tracing the development of Tulsa, Okla.-based Totem Technologies Inc., a Native-owned financial technology company that wants to change how banking is done in Indian Country. CEO Amber Buker, an enrolled member of the Choctaw Nation of Oklahoma, and her team at Totem are creating a digital banking app to serve the needs of Native communities and partner with tribal governments to help them distribute benefits to their members. With the $2.2 million seed round capital raise that closed in December, Totem joined an exclusive group of only a handful of Indigenous women founders to date who have successfully closed on multi-million dollar capital raises. While Totem’s work is clearly needed and exciting on its own, Buker also sets an excellent example for other Indigenous entrepreneurs on how to approach funders and raise startup capital. Here’s hoping Totem’s continued success will spur more investors to look at Native-owned companies, which are woefully represented in venture capital portfolios.