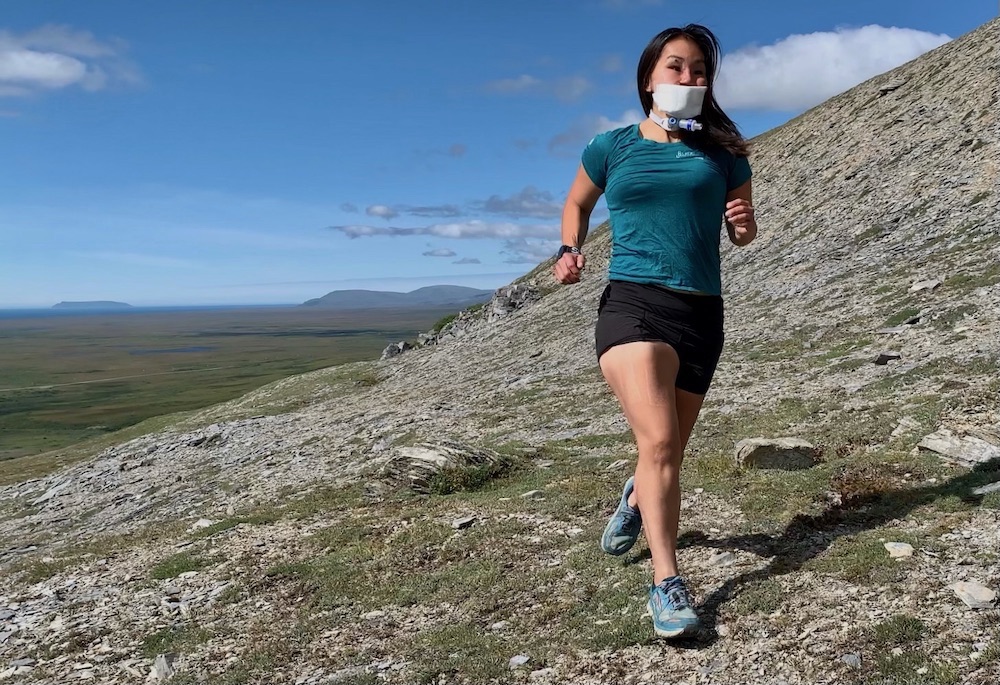 Carol Seppilu (Siberian Yupik) was born on Saint Lawrence Island, west of mainland Alaska in the Bering Sea. She suffered a harsh childhood, which led to depression and alcoholism. Some 23 years ago in the month of September, at age 16, she attempted suicide after a night of heavy drinking.

Seppilu recalls a pivotal moment in 1999, right after she tried to take her own life.

"In the hospital, as I was struggling to breathe, I fell into a vision," she said. "I walked into a fog when an old village appeared. My late great-grandfathers were there, sitting on the ground, as they beckoned for me. They looked young and perfect, wearing bird-feather parkas and smiles so big, their eyes closed."

Her late elders had a message for her.

"They told me that everything was going to be OK," she said. "And that I had to come back because I was going to do great things. They also told me other things that I can't remember, but somehow I now feel.

“It was so peaceful there, and I felt no pain. I begged to stay,” she said, adding, “but I listened to them. And I came back with a powerful sense of purpose."

The years that followed were extremely challenging for Seppilu. After the attempt to take her own life, she had to undergo numerous painful surgeries, including a tracheotomy and the insertion of a permanent tube in her neck to help her breathe. Depression loomed over her, and she spent most of her days in bed, sometimes up to 20 hours.

She remembers thinking one day, "Carol, you need to get up and do something." So she laced up her shoes, got her dog — a mixed breed Alaskan Malamute and Siberian Husky named Solar — and began a two-mile run around her neighborhood.

After one block of running, Seppilu was out of breath. She completed the two miles by walking. That day, she committed to a goal of running the entire two-mile run without stopping. She turned it into a little game and tried to make it a little further each day, tracking her progress.

Seppilu's new routine motivated her to get out of bed each day. Before too long, she noticed how much healthier she felt. By the following year, she could complete the two-mile run without walking.

As a result, her once small steps have become powerful strides. She noticed her mental health benefitted from her runs and was soon spending most of her free time running with Solar in the mountains outside of Nome. The sunshine and exercise made her feel stronger and healthier, she said. 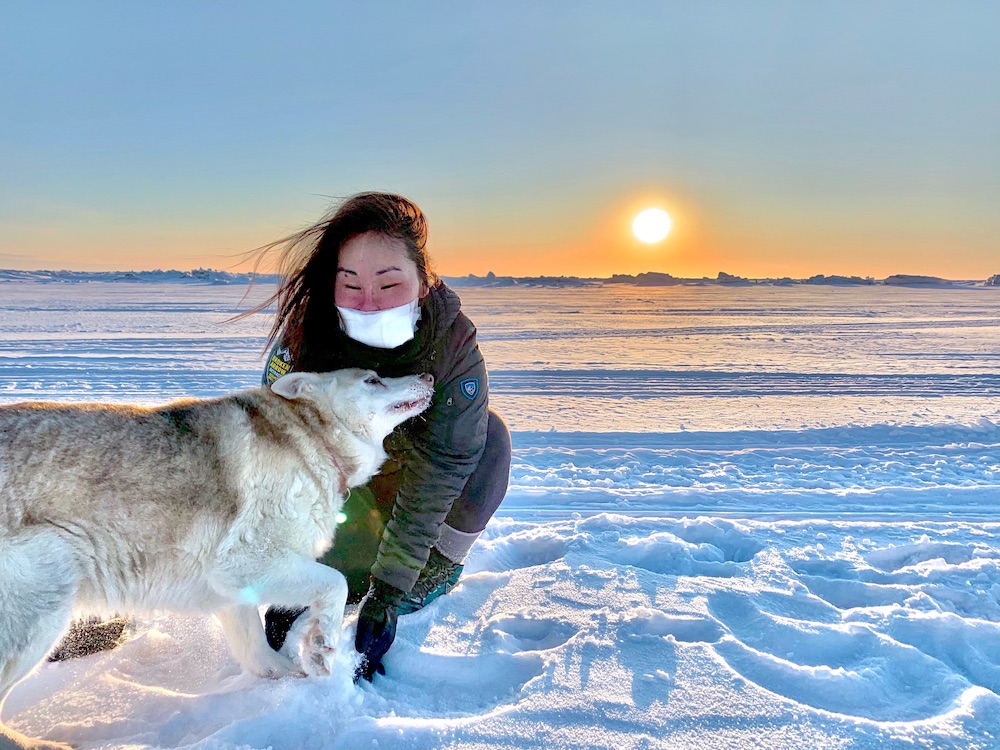 Since then, Seppilu has used running as a tool for battling depression. She describes running as a form of medication and prayer — a pure joy she hasn't found anywhere else that allows her to listen to nature and connect with her ancestors.

Today, she lives in Nome and runs ultramarathons — long-distance runs that stretch 50 to 100 miles — even as she breathes through the now-permanent tracheostomy from the surgery two-decades ago. She runs with purpose: to celebrate life, share hope and raise awareness of mental health.

Earlier this month, Seppilu ran in a hundred-mile ultra across the Colorado Rockies called the Leadville Trail 100, but was unable to finish after she experienced some difficulty adjusting to the high elevation of the course, which peaks at 12,600 feet above sea level.

The minor setback in Colorado hasn’t deterred Seppilu one bit. She plans to run the Hitchcock Experience 100-mile endurance run in Honey Creek, Iowa on her birthday in December.

One Foot in Front of Another

For those who know her — or know her story — Seppilu is an inspiration. In 2020, the Alaska Federation of Natives awarded Seppilu the Hannah Paul Solomon "Woman of Courage" award. The recognition highlights those who exemplify the strengths of Native culture and courage through their lives and work.

From the beginning, Seppilu's mother, Sally Seppilu, has been a steadfast rock in her life. During three long runs to raise awareness of suicide prevention in Nome, Sally was at the finish. During a 100-mile run, Sally didn't sleep until her daughter finished, praying for her the entire time.

Sally continues to be amazed by her daughter's daily growth. 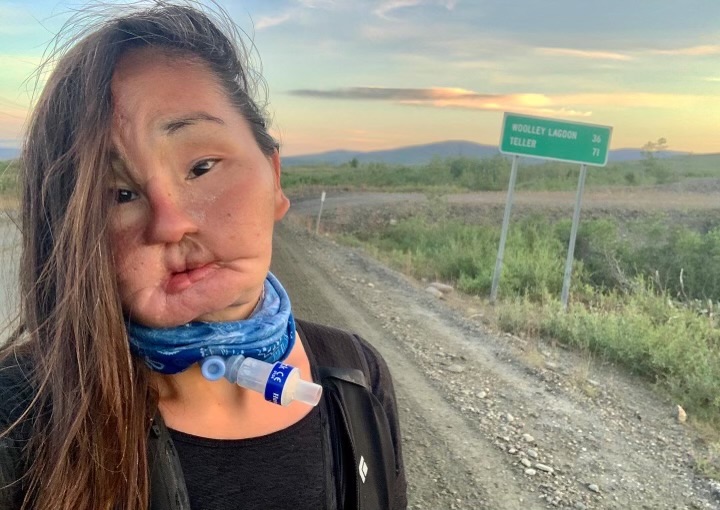 Carol Seppilu is generally reserved and maybe even a bit shy, but has developed quiet confidence as she continues to share her story.

"It's been pretty cool to watch her get recognized in running communities nationally," Toolie expressed. "Initially, she didn't think she could run one mile, let alone 100. That just speaks of the mental toughness Carol has.”

Toolie said she hopes more people will hear Seppilu’s story so that there is an awareness for not only the importance of mental health, but to bring awareness to the historical trauma that the Alaska Native community is going through.

Stories of suicide are sadly familiar in Indian Country. Native peoples have the highest rates of suicide of any racial or ethnic group in the U.S. — up to three times higher, according to estimates. The numbers are particularly worrisome for younger generations of Native Americans. In 2019, suicide was the second-leading cause of death for Native peoples between the ages of 10 and 34.

The last few years have grown increasingly stressful. The World Health Organization has found that the COVID-19 pandemic led to a massive 25 percent increase in anxiety and depression worldwide. The economic challenges of the past year have hit Native Americans especially hard, and revelations about Indian Boarding Schools and government efforts to assimilate American Indians and Alaska Natives have added to the mental distress felt by many Native families and communities.

Amidst it all, Carol Seppilu keeps moving forward.

Although it's not natural or easy for her, she continues to share her story, knowing that many Native people still struggle. In particular, she shares her message of hope for Native peoples going through dark times.

"Some may go through such dark moments to the point where they feel that they can't go on anymore," she said. "I've been there many times before and still get to that point to this day. As long as there is even just one particle of light in your life, hold on to it because even the smallest amount of light outshines the dark. I've seen it turn as bright as the sun in the sky. 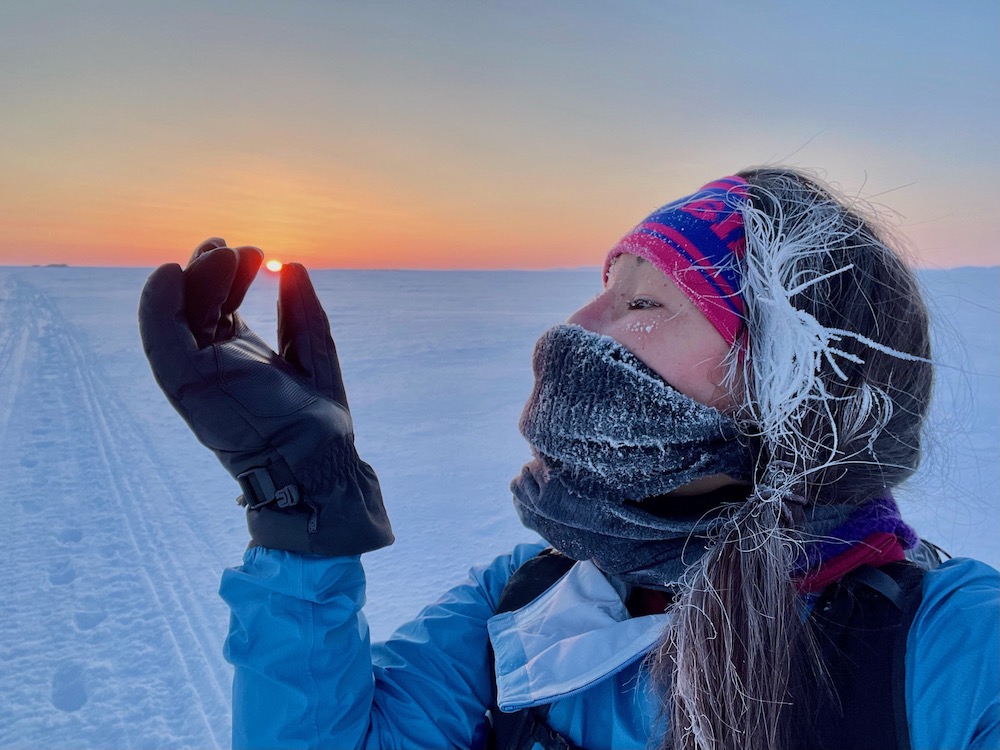 Carol running in the snow of Nome, Alaska. (Photo: Courtesy of Carol Seppilu)

“When I go through those dark moments, I just have to get through it because I don't want to stay there, and I know it'll get better again. I'm always grateful to be here still. Keep going."

September is National Suicide Prevention Month. If you or someone you know is struggling or having suicidal thoughts, please call or text the Suicide & Crisis Lifeline at 988 to connect with a crisis text line counselor. For more information or resources on suicide prevention and information, please see the Bureau of Indian Education. You will find links to Federal resources, Native suicide prevention organizations and resources, and more.