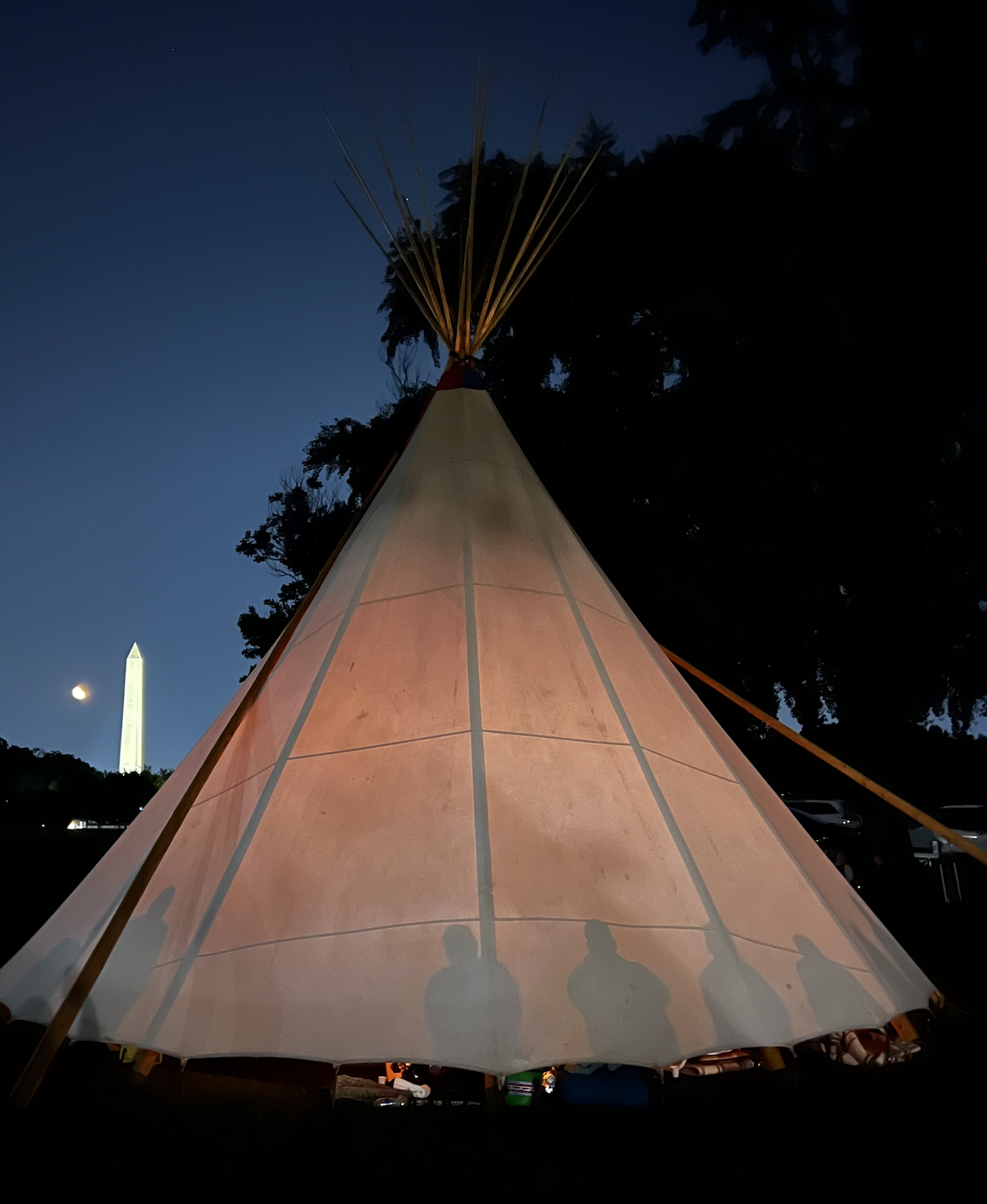 Washington — On Thursday, leaders of the Native American Church of North America (NACNA) met with various federal agencies on Capitol Hill to discuss efforts to preserve peyote’s habitat. NACNA delegates presented a unified voice in Washington that the use of peyote is central to their way of life, and their entire religion is threatened without it.

During Native American Church (NAC) ceremonies, generally called “peyote meetings,” participants ingest peyote as a sacrament and focus prayers and songs to the Creator. Some meetings blend elements of Christianity and American Indian ritual, where peyote has been used by Indigenous peoples in northern Mexico and the southwestern United States in prayer for many generations.

Peyote is a Schedule I substance under the Controlled Substances Act, and its possession and consumption are illegal by non-members of federally recognized tribes.

“We’re going to do what we have to do for this medicine,” NACNA President Jon Brady told Native News Online. “Our main focus is on threats of our medicine.”

Peyote is threatened by extractive industries like mining and oil, cattle grazing, an underground market that poaches the peyote cactus, and unsympathetic landowners. The cactus only grows in four Texas counties on private land, and NACNA wants to engage with private landowners to preserve America’s peyote gardens through a pilot program. NACNA is asking the federal government to appropriate funding to incentive landowners through the program.

Currently, the federal government is investing in soil conservation programs managed by the U.S. Department of Agriculture’s Farm Service Agency (FSA). FSA’s Conservation Reserve Program (CRP) is one of the country’s most extensive private lands conservation programs. Farmers and landowners volunteer in the program to improve water quality, reduce soil erosion and reduce loss of wildlife habitat, and they’re compensated for their participation.

The program influences landowners and farms to plow lands in southwestern Texas, which NACNA leaders say destroys peyote habitat. Because peyote grows on private land, landowners can do what they want.

“Landowners can legally plow up the rest of the peyote tomorrow, and they’d be within their rights as landowners,” NACNA’s legislative chair Ryan Wilson said. “We want Congress to lead in this issue, and it isn’t just about peyote; it’s about American Indian religious freedom.”

Since the American Indian Religious Freedom Act (AIRFA) was passed in 1978, there hasn’t been a review of its policies conducted by federal agencies as the law requires. Although AIRFA protects prayer and the use and possession of peyote, it doesn’t protect sacred places.

“There hasn’t been a comprehensive review of the federal government’s engagement and trust obligation on protecting American Indian religious freedom since 1979,” Wilson said.

Peyote exchanges are only done by a handful of people permitted to harvest it, referred to as “peyoteros.” Peyoteros are permitted by the Drug Enforcement Agency (DEA) to sell peyote to members of the Native American Church, who must also be enrolled in a federally recognized tribe as stated in the AIRFA. However, permits are costly and only allow a limited time to harvest.

Wilson said that advocating for the preservation of religious peyote use is a new discussion on Capitol Hill.

“This issue is foreign to many because we’ve never come here, not since the 1990s,” Wilson commented.

The loss of peyote would result in the destruction of the largest inter-tribal religion in North America.

The National Congress of American Indians has passed resolutions to protect access to peyote, including potential legislation creating a peyote reserve/refuge.

“I believe we were heard today and it was a happy day to make tracks around the United States Capital for our children, grandchildren, and the future of our Native American Church,” said NACNA President Brady. “Our NACNA officers and delegates are very grateful for this opportunity to stand up for the preservation, protection, and prayers of our holy medicine for generations to come.”

Leaders and members of the Native American Church closed the day with a peyote service at a city park in Washington, D.C. in anticipation of a meeting at the White House on Friday.