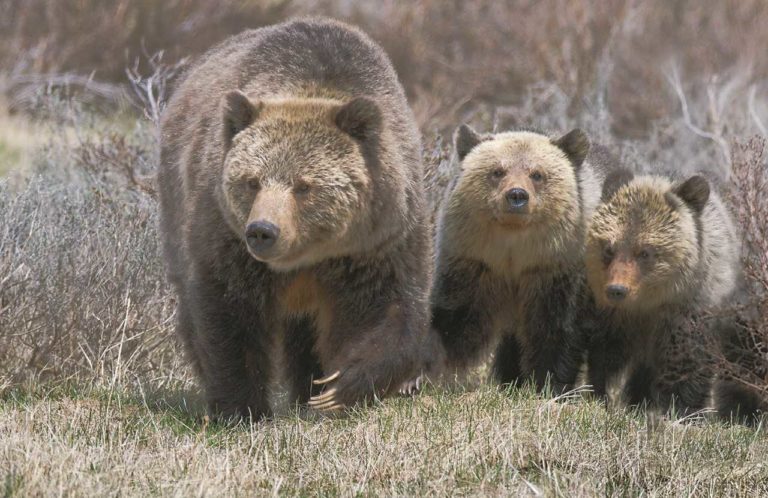 WASHINGTON — When Montana Republican Sen. Steve Daines , questioned Rep. Deb Haaland (Laguna Pueblo) on why she co-sponsored a 2019 bill to protect a healthy population of Montana grizzly bears in perpetuity, Haaland responded: “I imagine, at the time, I was caring about the bears.”

The comment came from Tuesday morning’s confirmation hearing, when Rep. Haaland sat for more than two hours of questions from a bipartisan group of 20 senators who will determine whether or not to confirm her to lead the Interior Department as the first Native American cabinet member.

As a result, a new hashtag emerged on twitter, #BearsforDeb. The new page is a spinoff of the popular hashtag—#DebforInterior— ushering in support for the Representative’s confirmation amid pushback from several Republican lawmakers. The group’s bio reads: “#BearsForDeb because Deb is for the Bears!! Proud ursine relatives bearing down for #DebForInterior!!”

The original hashtag has garnered more than 26,000 followers, thanks to its founder Julian Noise Cat, vice president of a progressive think tank who was among the first to suggest Rep. Haaland to lead the Interior.

One user wrote on Twitter, “Just when I thought the #DebforInterior set the gold standard for #MemeCampaigns, it is only outdone by #BearsforDeb.”

Viewers across the country pointed to the bear comment as a moment of lightness in an otherwise intense hearing.

Haaland was celebrated by Sen. Martin Heinrich from New Mexico, as well as by her daughter Somah, who tweeted her own version of a ‘how it started, how it’s going’ trend using photos of her mother.

Senators from the Senate Committee on Energy and Natural Resources will resume Haaland’s hearing tomorrow morning at 10 a.m. for additional questioning.