In California, Tribal Members and More Protected from Liability for Cultural, Controlled Burns 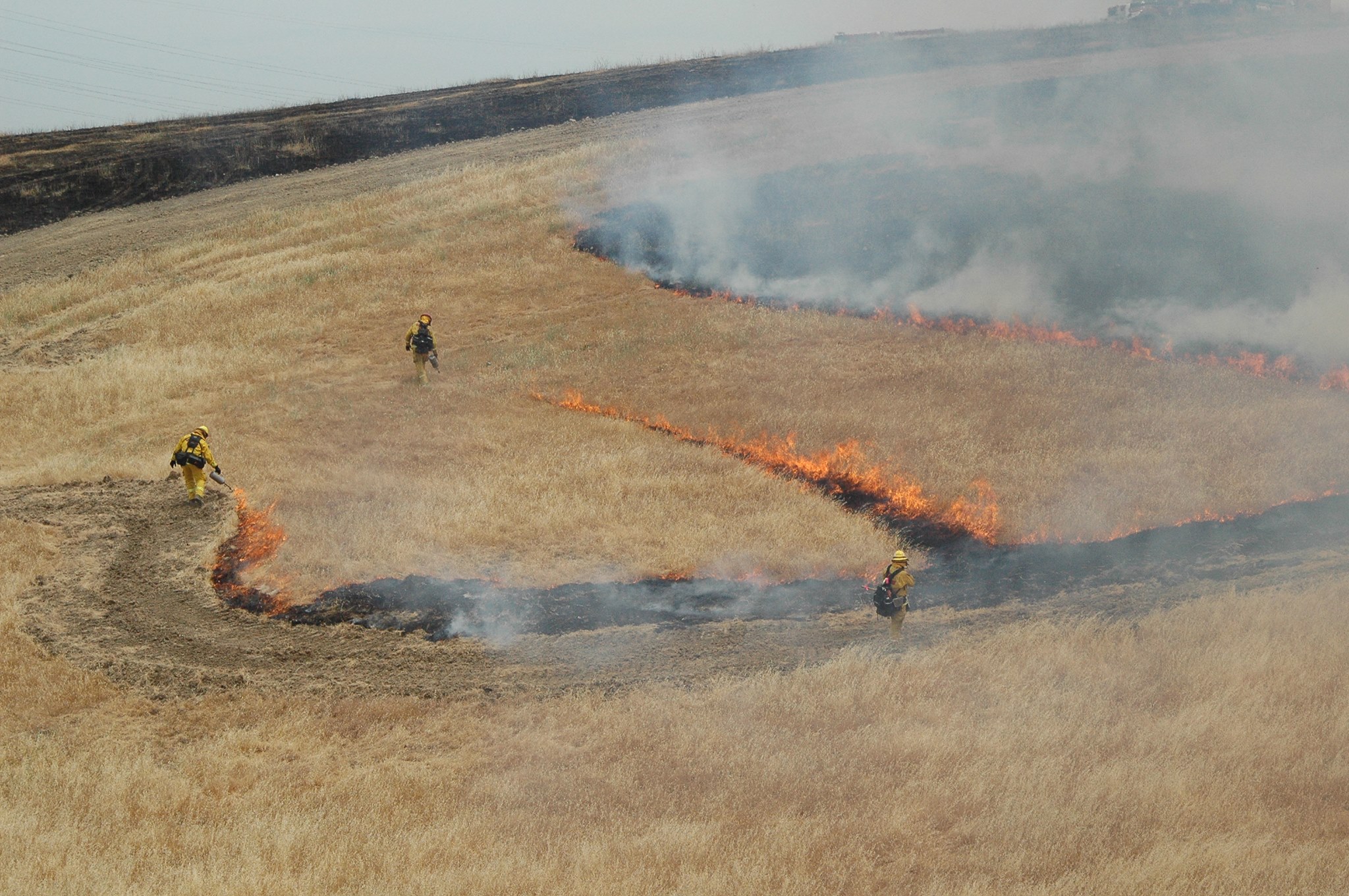 California’s more than half a million Native people are now backed by a law that allows them more protection to do what they’ve always done: fight fire with fire.

Since time immemorial, Indigenous people have managed their forests in hot, dry areas— such as much of present day California— by setting off controlled burns, or intentional fires, that remove organic materials that can be hazardous fuel sources from a forest floor.

On Jan. 1, two new state laws took effect that limit the liability for private citizens and tribal members setting controlled burns from having to pay for damages, should the controlled fire spread into a wildfire.

While the laws don't necessarily change the behavior of many state residents, they do minimize their potential financial risk.

For over 20 years, Plains Miwok fire expert and professor at California State University–Chico, Don Hankins, has been setting controlled fires in and around his neighborhood and on university lands to mitigate wildfire risk.

“Every time I would burn before this (law) came into existence, I always faced the risk of losing my own personal assets,” Hankins told Native News Online. “If, for instance, there was a log that caught… and that fire… then establishes a wildfire, I would be still responsible for starting that fire and, prior to this law, I would have to pay the costs: the suppression costs, the loss of structures.”

Now, the state is allowing private citizens to both reduce wildfire risk while also revitalizing thousands of years of traditions around fire.

US federal forest policy up until the 1970s considered fires mostly bad. In a 1918 letter from a California District Ranger to his supervisor, the ranger wrote “The Forest Service…have no more important duty to perform than keeping the fires down to a minimum.”

The ranger noted “the renegades white and Indians” caused “lots of damage” from their fire practices, and recommended they be shot. “Every time you catch one sneaking around in the brush like a coyote, take a shot at him,” he wrote.

With record-breaking fire seasons as the new norm, the state of California in 2020 partnered with federal agencies to commit to burn a million acres of forest land annually by 2025.

That action plan—aimed at improving the health and resilience of the state's forested landscapes— is ultimately what led state sanctioned encouragement of controlled fires, or so-called good fire.

Many states in the American southeast have long employed controlled burns and lenient liability laws to keep wildfires in check. From 1998 to 2018, 70% of all prescribed fire was in the Southeast, according to a Department of Forest study. California’s controlled burn action plan is modeled after Florida, which burns 2.1 million acres a year between landowners and private agencies.

The new laws have specific allowances for cultural burning, the traditional practice of setting controlled fires for hunting access, ceremonial activity, or specific plant regenesis to use for basket weaving.

Hankins said that, while cultural burning achieves the same goal as controlled burning, it also goes way beyond risk mangement and back to a core Indigenous principle: connection to the land.

“What it really comes down to, in my mind, is this idea of cultural competency,” he said. “ If you're a practitioner, like a weaver or a hunter, and you're using fire to help you with those particular things, that's very unique.You're setting fire and you're coming back into that spot continually to collect plant materials, or to hunt or to provide that habitat so that you can hunt in a different area and the animals have that place that you burned for their wellbeing.”

With prescribed burns, he said, you walk away.

A gap in standards

In southern California on the nine-thousand acre La Jolla Indian Reservation, fire chief Wes Ruiz said that, while the new legislation is helpful, it still creates extra red tape for tribal members looking to use fire in traditional ways. Ruiz is a retired “burn boss,” or a prescribed fire fighter, for the state.

Now, he’s heading up a prescribed fire training program on the reservation.

“Back in the day, you weren't called burn bosses, you just went out and it was taught to you over time when to burn stuff and where to burn stuff,” Ruiz told Native News Online. “We just have a title for it now.”

But because the reservation is on land held by the federal government, the Bureau of Indian Affairs requires the tribe to have fire training and written burn plans in place before they lay any fire.

“Anybody else can go down to their nearest fire station and get a permit and burn on their own with little or no experience,” he said. “There's a big difference there, and a big gap.”

Ruiz said he’s going to follow the rules in order to bring fire back to the reservation, and hope it gets easier down the road.

“What I'm working on is trying to get more prescribed managers of the reservation,” he said. “We're just gonna do that for now and hope things do get easier.”