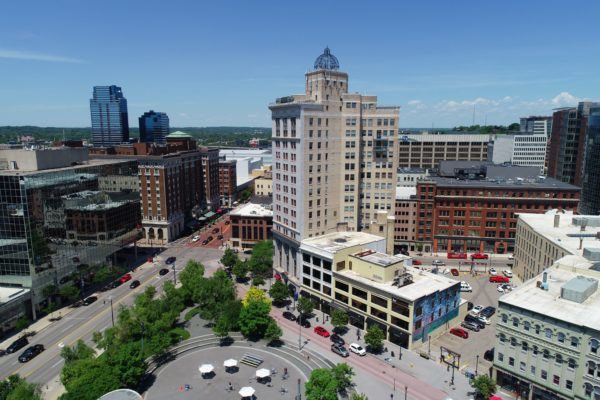 GRAND RAPIDS, Mich. — There was a sense of history and excitement in the air Wednesday afternoon as representatives of two tribally-owned investment firms announced the purchase of a historic building in the heart of Michigan’s second-largest city.

Standing in the second-floor ballroom of the historic McKay Tower in downtown Grand Rapids, representatives of Gun Lake Investments, owned by the Match-E-Be-Nash-She-Wish Band of Pottawatomi Indians of Michigan (commonly known as the Gun Lake Tribe) and Waséyabek Development Company, owned by Nottawaseppi Huron Band of Potawatomi, announced they had partnered to buy the 18-story Greek revival-style tower for $17.5 million.

The purchase of the iconic downtown building, located on a piece of land where an Indian village once existed, is the first joint venture together for the two tribes.

The 154,000-square foot tower is a mixed-use building featuring commercial, retail and office space, an event venue, conference rooms and three floors of luxury apartments that include a roof-top lounge and views of downtown Grand Rapids.

The tribes say there are no operational changes in store for the building.

“It’s obviously an investment that is going to return revenue, so that’s part of it, but to be able to purchase this building — being so iconic in our business communities and mutual ancestral lands — is really a big deal, and a source of pride for the membership, council and board of directors,” Deidra Mitchell, president and CEO of Grand Rapids-based Waséyabek, told Michigan business publication MiBiz.

The acquisition and visibility of the building lends credence to both tribes, Mitchell told MiBiz, and shows they are relevant in economic development and have business structures and a commitment to the community.

Both partners look at the investment in McKay Tower from a seven-generation perspective, according to Kurt Trevan, CEO of Gun Lake Investments. 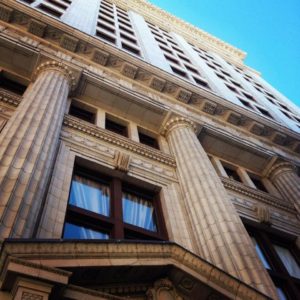 18-story Greek revival-style tower, McKay Tower, was once
touted as the largest builiding between Detroit and Chicago.

“We think through how our investments will survive us and our children, and their children,” Trevan told MiBiz. “That’s unique to tribes, and this was one of those buildings that have obviously stood the test of time, and we think it will continue to do so for a long time to come.”

The building was sold to the tribes by Steadfast Property Holdings LLC, which purchased McKay Tower for $10.5 million in 2012, according to city property records. The building is named for Frank D. McKay, a former businessman and politician who bought the tower in 1942. 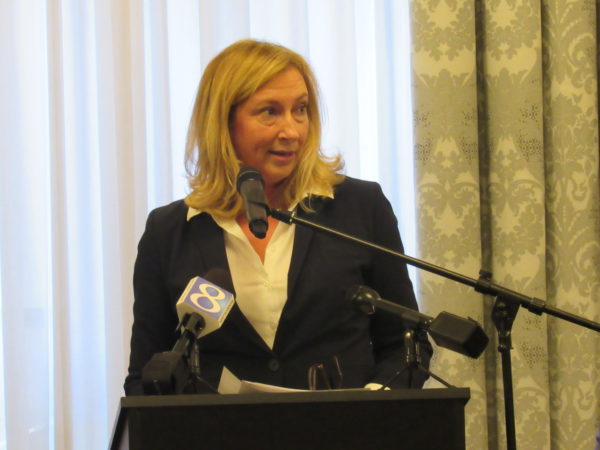 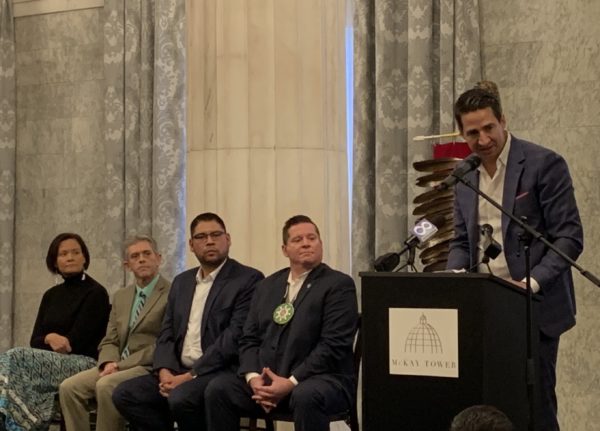 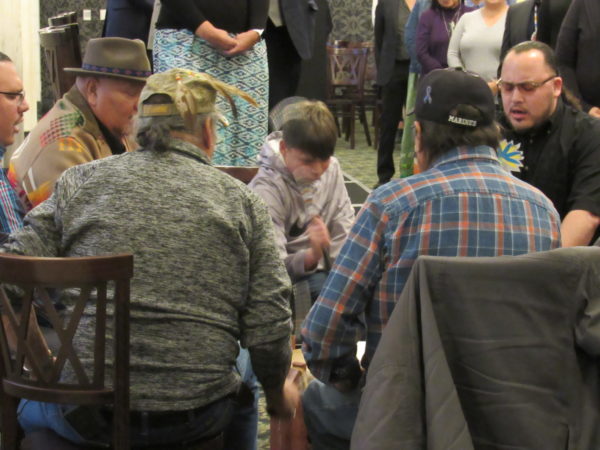