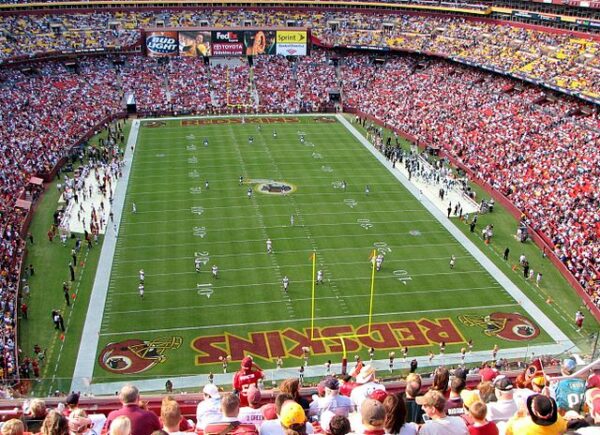 On Thursday, FedEx, the title sponsor of the team stadium in Landover, Md., released a statement that read “We have communicated to the team in Washington our request that they change the team name.”

Soon thereafter, sports apparel giant Nike pulled the team’s merchandise off its website. Those searching for the Washington Redsk!ns found a message that read “we could find nothing for …” The team’s name was removed from Nike’s menu, which lists all other 31 NFL teams.

FedEx’s statement came a day after AdWeek reported 87 investment firms sent letters last week to FedEx, Nike, and Pepsi to refuse to do business with the Washington franchise until it changes its name.

On Friday morning, the Washington NFL franchise released a statement that read in part “In light of recent events around our country and feedback from our community, the Washington Redsk!ns are announcing the team will undergo a thorough review of the team’s name. This review formalizes the initial discussions the team has been having with the league in recent weeks.”

“THIS PROCESS ALLOWS THE TEAM TO TAKE INTO ACCOUNT NOT ONLY THE PROUD TRADITION AND HISTORY OF THE FRANCHISE BUT ALSO FROM OUR ALUMNI, THE ORGANIZATIONS, SPONSORS, THE NATIONAL FOOTBALL LEAGUE AND THE LOCAL COMMUNITY IT IS PROUD TO REPRESENT ON AND OFF THE FIELD.” 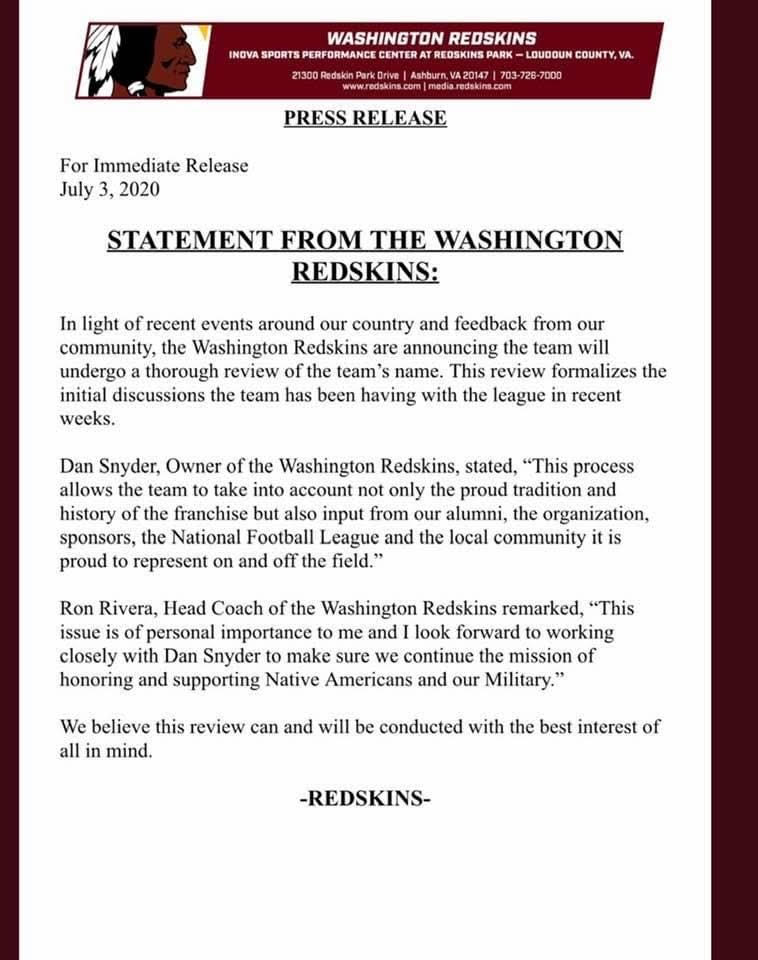 “This should be an easy call. Mr. Snyder — or, if Mr. Snyder refuses to back down from his declaration of “NEVER,” the NFL — should take advantage of this singular moment in history to get on the right side of history,” the Post editorial says. “Change the name. NOW.”

This publication has called for the Washington franchise to drop the racist name for several years.

Even with the pressure intensifying, the team’s head coach Ron Rivera told a Chicago radio station that the timing may not be right yet.

“I have my beliefs. I know what I think and I support the movements and support the players. I believe in what they’re doing, and again, I think that there are certain elements to certain things that it’s all about the timing and the best time to discuss those things,” Rivera said.

Whether or not team owner Dan Snyder will agree to changing the team name is yet to be determined. In the past, he has adamantly opposed the name change, answering questions about when or whether he would ever change the name with a single word:  “Never.”