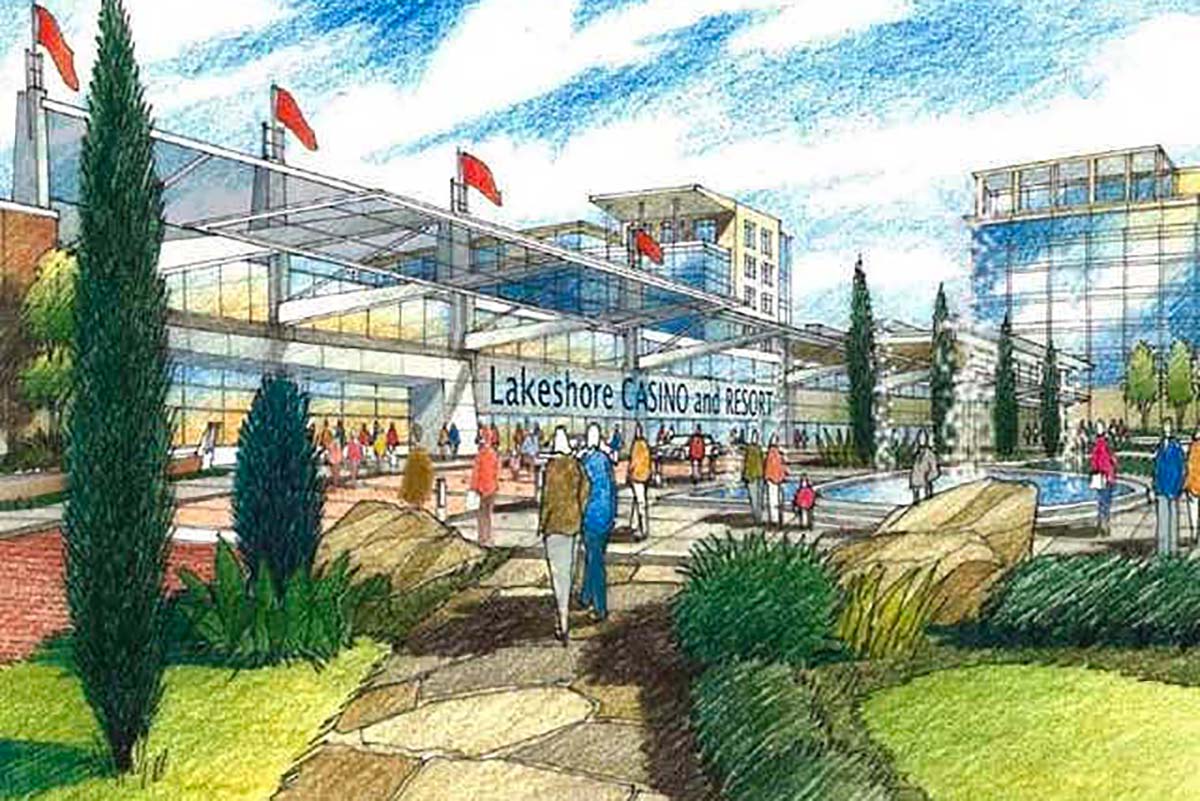 FRUITPORT TWP., Mich. — The Little River Band of Ottawa Indians has reached a critical milestone in the more than a decade long process to develop a $180 million casino in West Michigan.

The tribe’s second casino is proposed for a former horse racing track in Muskegon, Mich., about 95 miles south of the existing Little River Casino Resort near Manistee.

The U.S. Department of Interior’s Bureau of Indian Affairs will announce plans to file a Final Environmental Impact Statement on the tribe’s request for the federal government to take into trust 60 acres of land at the former Great Lakes Downs horse track. The BIA’s announcement in the Federal Register then kicks off a 30-day public comment period, after which the government will issue a final decision in the application.

With the publication, the tribe will take one step closer to having the federal government take the former Great Lakes Downs horse track location into trust, removing a critical hurdle for the project. If the federal government approves and takes the land into trust for the tribe, the Little River Band of Ottawa Indians would then need to seek state approval for its casino plans.

For Larry Romanelli, the ogema or elected leader of the Little River Band of Ottawa Indians, the step marks a significant milestone.

“This was 80 percent of what had to be done — it’s huge in my opinion,” Romanelli said. “When we started, we hoped for a process that was five to six years, and now we’re past 10. But now we’re at a point where we have more control over that as well.”

Romanelli envisions the remaining process to get a casino up and running will take three years at the longest, assuming the approval process moves ahead in the tribe’s favor. Under certain best-case circumstances, the tribe could also shorten that time frame, Romanelli said, declining to speculate on particulars of that scenario.

For the Environmental Impact Statement, the BIA considered the potential effects on the environment for the proposed casino development, ranging from land use, geology and water resources to agricultural, biological and cultural considerations.

The tribe purchased the horse track in 2008 to develop a second casino in addition to its resort complex north of Manistee. The proposed 69,000-square-foot Fruitport Township facility would include 1,700 slot machines, 35 table games, a 220-room hotel, and event and conference space, as well as dining and entertainment areas.

The Muskegon area is a part of the tribe’s ancestral lands and currently home to the largest population of tribal citizens in its service area. The tribe also maintains government offices in the area.

In some ways, Romanelli said the timing of the process could prove beneficial for the casino project, which can now incorporate best practices around air filtration and spacing that have been learned during the pandemic.

He added that he’s been buoyed by the community’s support for the tribe and the casino project over the long process.