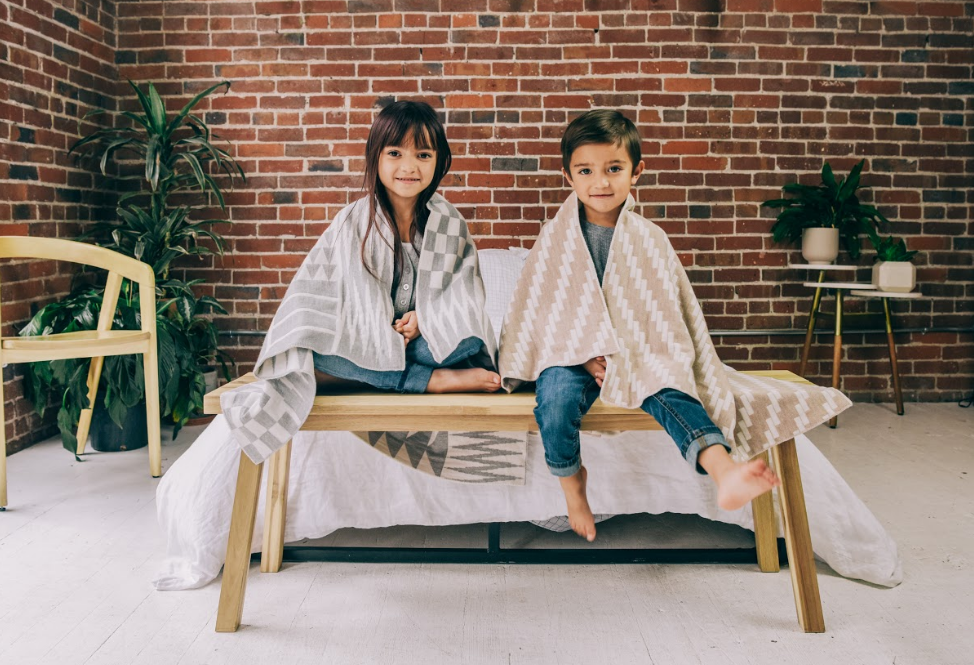 SEATTLE — Want to support more diverse artists that embrace ethical practices? Want to show appreciation, not appropriation, for Native fashion? Then Eighth Generation has it covered.

The Seattle-based art and lifestyle brand, Eighth Generation recently announced the launch of its Urban Manufacturing Initiative (UMI), a collection of high-end wool textiles. Distinguished by a special gold label, the new line features scarves and baby blankets made with 100% Merino wool. These products are 100% Native designed and further expands the company’s in-house manufacturing.

“By adding a line of house-made textiles, we are setting an even higher standard for ethical products featuring cultural art and themes,” Chief Operating Officer Serene Lawrence (Anishinaabe/Hopi) said.

“We know consumers who appreciate and respect Indigenous art want their money to strengthen a tribally-owned company working with Native artists, rather than support corporations with a long history of cultural appropriation.”

Founded in 2008 by Louie Gong (Nooksack), the company has utilized an artist-centric approach to the business and proudly boasts the tagline “Inspired Natives, not Native-inspired.” His initial idea of providing custom designed shoes has since transformed the business into a platform for Indigenous entrepreneurs and artists to compete in the lifestyle industry. Gong, a mixed-identity Native, has been adamant about reclaiming narratives surrounding Indigenous people and supplying an alternative to corporate products that rely on stereotypical Native imagery.

“Cultural art and stories are like any natural resource. We have to be stewards of the resources we are using. If we just take and take like other companies, we risk destroying them.”

The UMI collection features designs by textile artists like Gail White Eagle (Muckleshoot and Chehalis), who designed a baby blanket and scarf called “First Light.” Earlier this year, White Eagle collaborated with the company to debut her “Rose Hip Warrior” blanket, which was based off of her weaving patterns.

She noted that working with Eighth Generation was different than other companies, “To have Eighth Generation take our designs and work with us through the process… It has really uplifted me. It’s been a great process.”

By engaging and building strong relationships with Native artists across the country, Eighth Generation has grown exponentially. It became the first Native-owned company to produce wool blankets and opened its flagship store in the historic Pike’s Place in 2015.

“We want to provide the largest and best possible platform for talented and driven Native American artists, and Eighth Generation’s Urban Manufacturing Initiative expands our opportunities to support them.”

Since the transition, Gong has remained the CEO and plans on continuing to use his expertise to educate Eighth Generation’s collaborators in the home décor and fashion industry. Through UMI, he and the tribe hope to reinvest in artists and provide access to priceless industry knowledge.

“We pursue multiple currencies here. It’s not just about making sales. We want to gather knowledge that has been inaccessible to us and share it with our people,” said Gong.