Can Shuttered Casinos be Changed into Health Centers? 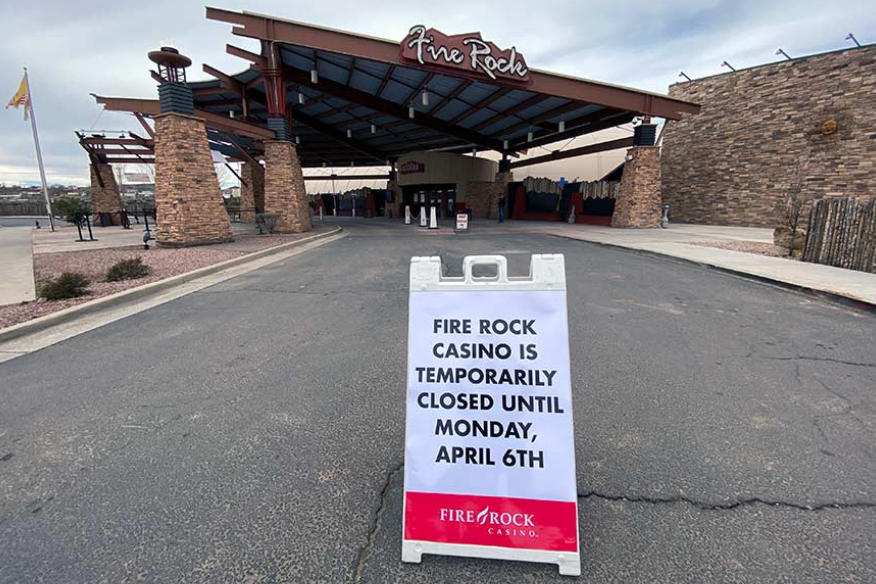 At a time when the gross disparities in health care services and infrastructure have been highlighted by the COVID-19 pandemic and the Navajo Nation’s gaming operations have been grounded, could it be time to consider transforming the casinos into health care facilities?

Especially with the recent urgent need for comfortable isolation sites and additional hospital beds, it seems to be an idea whose time has come. The Navajo Nation Gaming Enterprise’s Navajo casinos – Fire Rock, Flowing Water, Northern Edge, and Twin Arrows – have all been closed since March. Why not convert some of the Nation’s gaming assets into state-of-the-art health care campuses?

Twin Arrows, for example, could be renovated into a multi-purpose health care center, with the hotel serving as a hospital and clinic.

Other areas of the casino/resort could be devoted to traditional healing, behavioral health treatment, and offer wellness and prevention programs in collaboration with other health care and educational institutions. The restaurants, conference rooms, and other public areas could still be used for a variety of purposes to draw the public, including music and dance, and seasonal ceremonies and celebrations.

After all, these facilities belong to the Navajo Nation and therefore they belong to the people. While the casinos were designed for hospitality services, they could conceivably be repurposed for delivering health care in a welcoming, hospitable environment.

Navajo Nation casinos, originally slated to open in April as this photo attests, have been shuttered since March.

The possibility also exists that many of the current casino employees could be retrained and retained to work in a health care environment. Each of the four existing Navajo Nation Gaming Enterprise casinos could house its own health care “specialty” and purpose, like a cancer or diabetes center, for example, and could all be used to expand basic health care services on the Nation.

Granted, a change like this would require an evolution of political will among Navajo Nation leadership from a focus on gambling, a form of entertainment for many, to a focus on healing.

Reached by phone, NNGE CEO Brian Parrish acknowledged that the Nation’s leaders have already been having preliminary discussions about this concept, whether as a temporary measure during the pandemic or a longer-term overhaul, which is encouraging.

The big issues that would need to be addressed if the casinos were to be converted to health facilities include: how revenue would continue to be generated for the Nation, the cost of repurposing facilities, and what to do about the outstanding $200 million loan that NNGE owes the Nation for monies used to fund the construction of the gaming operations.

According to Parrish, most recently NNGE was able to eke out another month of expenses for the month of December 2020 by dipping into its limited cash reserves. So far, with the exception of about 100 layoffs, the enterprise has been able to keep most of the casino employees on administrative leave with pay and cover fixed expenses since the pandemic began, said Parrish. NNGE presently has about 1,100 employees, with about 84% being Navajo.

However, with reopening a “moving target” and the casinos essentially in a “holding pattern,” some tough decisions might have to be made at the end of December, said Parrish. “We’ve been on this start-stop rollercoaster for the last five months, trying to figure out when we were going to reopen,” he said.

According to the NNGE website, the enterprise loses $11 million each month that casino operations are closed and not generating revenue, and the possibility of a permanent closure due to COVID-19 looms. Parrish says he has been working with the NNGE Board of Directors and Navajo Nation leaders to identify solutions and determine if there will be additional COVID-19 relief coming in from the federal government.

“We’re still working with leadership on trying to identify an alternative source of funding that would enable us to stay closed, not lay off our staff, and maintain the infrastructure of the enterprise so that when it is prudent to reopen, we could be ready,” he said.

Parrish said that, in total, all of the gaming properties bring in about $180 million in revenue every year. Approximately 30% of that, or $54 million, is profit and 70% of the profit ($37.8 million) goes back to the Nation annually. In considering an idea like repurposing the casinos, Parrish said the Nation’s leaders would have to identify how much it would cost to convert the facilities and “balance out the financial loss” associated with that.

In his opinion, the proposition would just be “too expensive, too elaborate, and too costly” without gaming or other revenues to help fund a transition. Under the current model, gaming revenue also subsidizes the restaurants, hotel and conference operations at the casinos, he added.

But what about federal dollars and the United States’ obligation to provide adequate health care to Navajo through the Indian Health Service, which is perpetually underfunded and inadequate?

Certainly, a variety of health-related funding sources could be identified, including education and culturally based program grants. Parrish said while contemplating all of this it’s also important to consider all of the economic development, revenue and jobs that NNGE is poised to bring to Navajo in the future.

The Navajo Blue Travel Center at Twin Arrows is a good example of new development that could be replicated and would generate revenues. However, that type of operation and others could also be sustained as part of a health center. “If the Nation decided that that was the best use, to repurpose these facilities, then they would have to take into consideration the loss of all of these other revenues, not just in the near term, but in the future,” said Parrish. “You would have to do a financial analysis to determine if that’s the best route.”

He also pointed out that once the gaming enterprise pays off the $200 million loan, there will be even more profit going back to the Nation. “These are tough decisions,” said Parrish. “There are no easy answers. We’re trying to figure out how we can best serve Navajo and honor all of those financial commitments and investments in the enterprise. You don’t want to forfeit all of the economic output, loans, investment and all those jobs.”

Former NNGE CEO Derrick Watchman believes converting the Navajo casinos into health care facilities could be a reasonable idea as a short-term, temporary measure during the pandemic and could possibly be supported by federal COVID-19 relief money and IHS funding.

“Other tribes are examining and doing that,” said Watchman. “Because of limited isolation facilities, some of the gaming tribes that have a casino operation are using their hotel rooms for patients or isolation in dealing with COVID-19.”

A local example of that is Pojoaque Pueblo’s Buffalo Thunder Resort Casino, which has used its luxury hotel facility to quarantine tribal members who might have been exposed to COVID-19. However, long term, Watchman said gaming is “a higher priced model,” or more profitable, than the health industry. In the meantime, he said the big question is how to retire the $200 million in debt NNGE owes the Nation.

“It’s basically an investment,” said Watchman. “It’s a loan from Navajo and the Permanent Trust Fund to gaming and gaming pays a six percent (annual) return.”

However, Watchman also suggested that the Navajo Nation could conceivably write-off the debt if leaders were motivated to do that. “One alternative is to turn the loan into equity, kind of like stock that the Nation has in gaming so you basically still have the investment and if there is profit, that can be dividends back to the Nation,” he said.

Watchman believes that if the Navajo casinos were shut down permanently, the revenues that Navajo gets from gaming would likely go back to other casinos in the area like Ute Mountain and Acoma Sky City casinos. “If you shut down the facilities, you’ll probably see a lot of the Navajo gaming consumers going back to other tribes’ casinos,” he said. “Our Navajos are heavy gamers. A lot of our folks that like that form of entertainment.”

So, to get started, transforming the casinos into health care centers would involve an in-depth cost-benefit analysis, a solution for the $200 million in debt owed to the Nation, a major commitment on behalf of leaders to prioritize health over gambling and finding alternate sources of funding and revenue, including from the federal government.

While the idea might sound pie-in-the-sky, until a sound financial analysis is done, we just won’t know. And, while health care services may not be as lucrative as gaming, perhaps investing in the people’s long-term health and well-being could pay off in ways that cannot be measured by money. Who knows, maybe there’s an “angel” investor, inspired to bridge Diné cultural teachings like the Navajo wellness model with Western medicine, who could swoop in and make all the difference? Maybe that investor could be the Navajo Nation itself.

President Jonathan Nez always talks about tribal sovereignty, self-determination and “healing the Nation.” Truly putting those words into action could be a radical form of change that perhaps the Nation needs now more than ever. As they say, if there’s a will there’s a way. And, if not now, when?

Donate
Free Newsletter
About The Author
Author: Rima KrisstEmail: This email address is being protected from spambots. You need JavaScript enabled to view it.