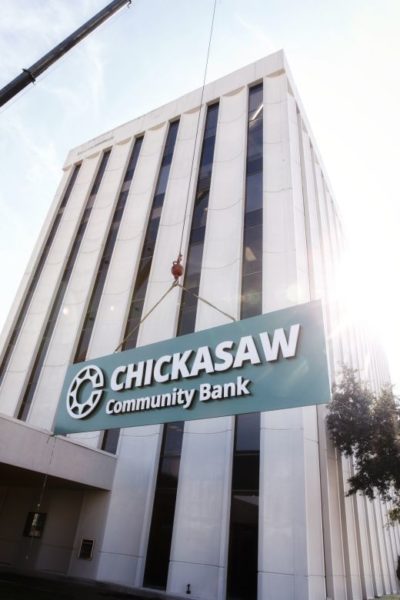 “In its name and in its vision, Chickasaw Community Bank pays tribute to the culture and history of Chickasaw entrepreneurship,” said Gov. Anoatubby. “From extensive trade routes along the Mississippi River in our Homeland to new businesses in Indian Territory, commerce has long been seen as a way to improve the quality of life of our people.

“Today, our businesses remain an integral part of our mission to enhance the quality of life of the Chickasaw people. We also work to ensure business diversification and economic development include a focus on local communities, because we believe a rising tide should lift all ships.” 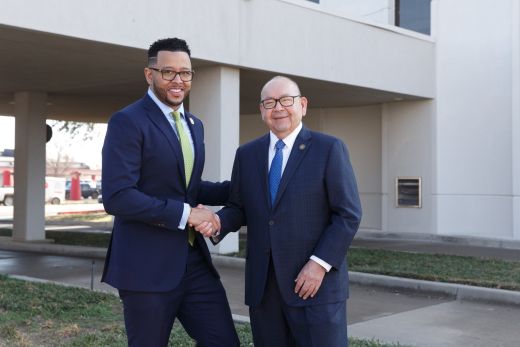 “The Chickasaw Nation has always been about improving the quality of life of our community,” said Mr. Shannon. “As a community bank headquartered in Oklahoma City, this name change will reflect those values and the Bank’s commitment to our heritage and partnership initiatives.

“At Chickasaw Community Bank we are committed to building better lives for everyone, starting with our employees and customers. As a state-chartered community bank we offer banking products and service for all Oklahomans including commercial lending and home mortgages. We are the leader in the state for the HUD 184 Native American mortgages.”

Opened in 2002, the bank’s assets have increased to more than $200 million since initial capital investment of $9 million. While serving the Native American community is a significant part of the mission, the positive impact extends throughout the community, the state and across the United States.

“The blessing of being a community banker is that we really do help people’s dreams come true,” said Mr. Shannon. “Whether we are helping Oklahomans start a business, or helping someone buy their first home, Chickasaw Community Bank is on the ground floor of the American dream.

“The impeccable reputation of our shareholder the Chickasaw Nation, and our leader Governor Anoatubby, are above reproach and it is important that our customers and community know that our bank is an extension of those values and character.”

While Bank2 has been in operation less than two decades, the Chickasaw Nation involvement in the banking business began more than a century ago.

Built on Main Street as a depository for all Chickasaw Nation funds, former Chickasaw Nation Governor Robert Maxwell Harris served as the first bank president. Banking operations began with $25,000 in capital, which doubled in a few days. The two-story Romanesque granite structure was proclaimed to be “the handsomest, most complete, and the most secure bank in the two (Choctaw and Chickasaw) territories.”

Governor Anoatubby said the Chickasaw Community Bank is an important part of the tribe’s diverse portfolio of more than 100 business holdings, which also include manufacturing, energy, health care, media, technology, hospitality, retail and tourism. Currently, the Chickasaw Nation supports more than 22,000 jobs and $1.2 billion in wages and benefits as part of a $3.7 billion annual economic contribution to the Oklahoma economy.

Business revenues provide the majority of funding for more than 200 programs and services, such as health care, housing and education.