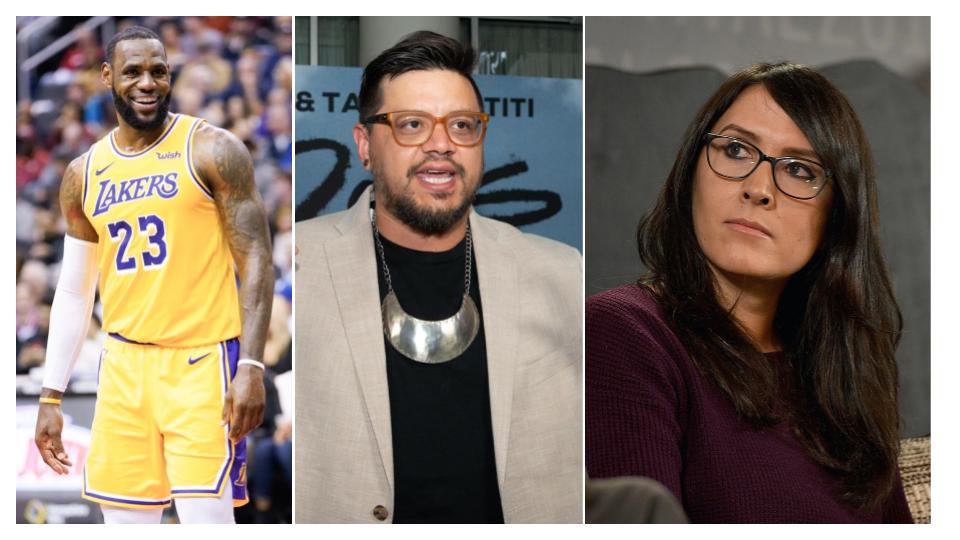 Rez Ball will bring to life what American Indians have known for a long time: Native youth love basketball.

The drama will portray the fictional Chuska Warriors, a Native American high school basketball team from Chuska, New Mexico, that must band together after losing their star player if they want to keep their quest for a state championship alive, according to the series’ description. Rez Ball has been described as “an all-American underdog story about Navajo kids and coaches told from the inside-out.”

There is considerable excitement in Indian Country about the new movie and what it can do for Native youth who love to hoop.

"Whenever the plight of our Native American athletes can be highlighted on a platform such as what Springhill Productions (LeBron James) is creating along with their partners, it is a great thing,” said GinaMarie Scarpa, president and CEO of the Native American Basketball Foundation (NABI), which hosts an annual basketball tournament that attracts Native youth from more 150 tribes across Indian Country.

Scarpa told Native News Online that she appreciates that many Native American advisors will be working on the production to ensure accuracy.

“A production of this magnitude can only assist NABI and the many Native American ‘rez ball’ tournaments who for many years have been ‘fighting the good fight’ in showcasing our Native American athletes, telling their stories and accomplishing our goals of creating more opportunities for our athletes to succeed both athletically and academically,” Scarpa said.

Former NBA all-star A.C. Green, who was on the San Carlos and Navajo Nations this week giving away back-to-school supplies and toys, annually attends the NABI tournament.

“LeBron’s film will only help spread the word about how big basketball is on reservations. Since I attend NABI each year, I know there is a lot of excitement among Native youth about basketball. The film will bring more excitement and encouragement to help the underserved Native youth,” Green told Native News Online. “If asked to help on the film, I will help in any way possible.”

Also, joining Harjo and James on the Rez Ball production team will be Freeland, who will serve as director. Freeland wrote and directed some of the episodes for Reservation Dogs.

"Basketball on the Rez is like high school football in West Texas. It has a fanatical following that few sports can rival," Freeland told The Hollywood Reporter. "This is a story that's commonplace on Indian reservations all over the US, but most people aren't even aware it exists. What we want to do is bring people into our world, to tell a story about the people and places we know, and what better way to do that than through a sports movie?"

In 2011, Off the Rez, a documentary film by Jonathan Hock, followed the high school career of Shoni Schimmel who left the Umatilla Indian Reservation to follow her dream to make it big. Schimmel’s mother, Ceci Moses, was the coach. The film highlighted the challenges the family had to hold on to their tribal culture and traditions. Schimmel went on to be a standout at the University of Louisville and then on to the Women’s National Basketball League.

In 2019, Netflix released the documentary series Basketball or Nothing about the Chinle High School basketball team with a passionate fan base on the Navajo Nation in northeastern Arizona.  The series, which was co-produced by professional golfer Rickie Fowler (Dine), followed the Chinle High team’s quest for a state championship and the players’ lives on the reservation.