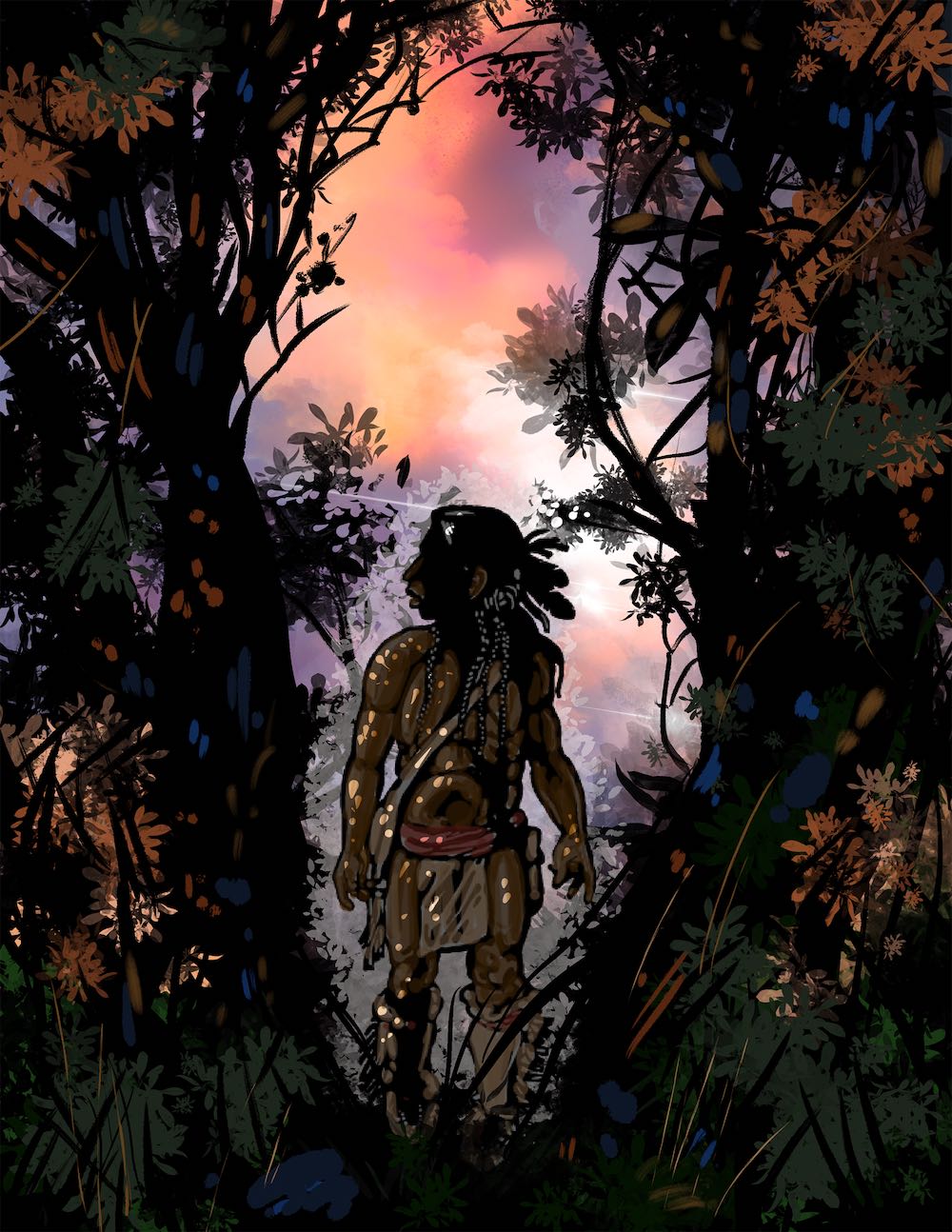 In the next two weeks, Indian Country is making use of multiple media formats to bring stories and images of the Indigenous experience to life.

Highlights include a festival focused on Native women in film, a fresh podcast out of Muscogee Nation, a life-spanning solo exhibition from an Ojibwe art legend and an epic installation placing Native narratives at the heart of the American experience.

WHEN: Through Saturday, April 16 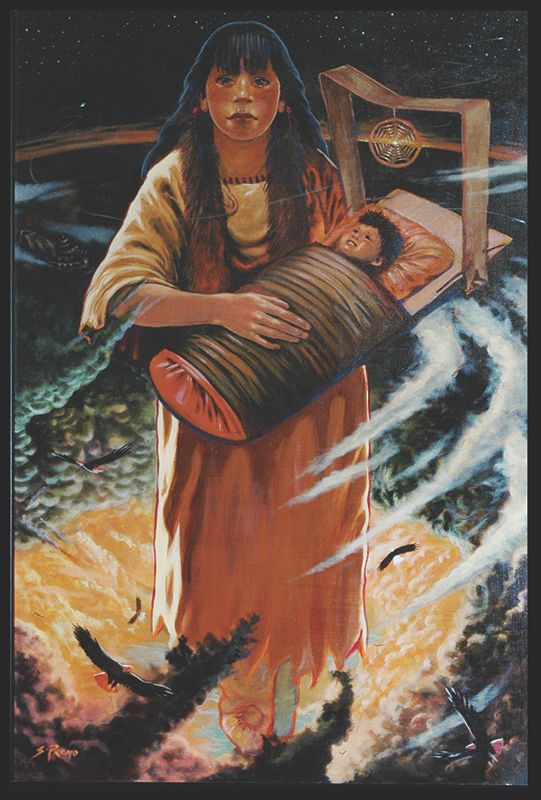 Mille Lacs Band of the Ojibwe artist and designer Steven Premo is a master of graphic design, illustration, mural-making and fabric design.

Every form of his traditional and contemporary cultural expression is featured in his solo exhibition, “Avenues of Creation.”

“My own art is a reminder of our history and the continuation of our existence and expresses our cultural influence across the community and beyond,” according to Premo. “At Mille Lacs today, we are the descendants of Ojibwe leaders; men and women, who refused to leave our homelands at the turn of the century. They continued to harvest rice and maple syrup, hunt and fish, as we do today. My art takes its inspiration from our lifeways and history.”

Premo’s personal history helped launch his celebrated career. When he was a child, his mother taught him how to create quilts, and to work with beads and birch bark. He also suffered a leg injury when he was young, and used art to help heal himself and build his cultural identity.

The skills he developed as a child, and the power he found in preserving and perpetuating traditional Ojibwe art were the beginning of a journey that has branched out into modern methods and materials including graphic design.

For Premo, creating work in both classic and contemporary veins is key to the continuation and appreciation of Ojibwe culture.

“I hope to advance the idea that Ojibwe art forms are both old and new and are not limited to birch bark and the materials our ancestors used (though I also love those mediums), but rather have evolved just as we have evolved in the modern day,” he said. “Ojibwe art is just as relevant to the community today as ever.”

On This Ground: Being and Belonging in America

“On This Ground: Being and Belonging in America” brings the museum’s American and Native American collections together in a treasury of sculpture, paintings, textiles, fashion, furniture, decorative arts, photography and video.

“Placing these two significant collections in direct dialogue and giving them equal emphasis and gallery space at this scale is unprecedented among American museums and underscores that the American experience is unimaginable without the inclusion of Native American art, history and culture,” said Lynda Roscoe Hartigan, PEM’s Rose-Marie and Eijk van Otterloo Executive Director and CEO said in a statement.

The variety of artistic expression and perspectives address what it means to be part of  a community, place, family and, ultimately, a  nation, and allows viewers to contend with the country’s complex history and envision a more just future for all citizens.

The juxtaposition of competing historical narratives is a major element of the gallery.

For instance, the exhibit begins with a variety of viewpoints. Visitors will be welcomed by a video of Massachusett Tribe at Ponkapoag community elder Elizabeth Solomon reminding them that wherever they are, they are on Native land. Adjacent to the video installation are a stone bear sculpture made by a 17th century Pawtucket artist, the original Massachusetts Bay Charter from 1629), and a poem by National Youth Poet Laureate, Amanda Gorman.

Also expressing conflicting and contrasting accounts of American history are a series of portraits of Wampanoag community members by Dine photographer Will Wilson, which are displayed with paintings of English pilgrims mythologizing and romanticizing European contact and the settling of America.

“One of the goals of this installation is to deepen the appreciation of Indigenous aesthetics across time and space, and also to provide a bridge between the disciplines of Native American and American art, which have historically been separated,” co-curator Karen Kramer said in a statement. “We are particularly excited by the transformative possibilities offered by bringing together different modes of aesthetic expression and cultural practice.”

Muscogee Nation is carving out a place in the podcast world and is already attracting top tribal talent. 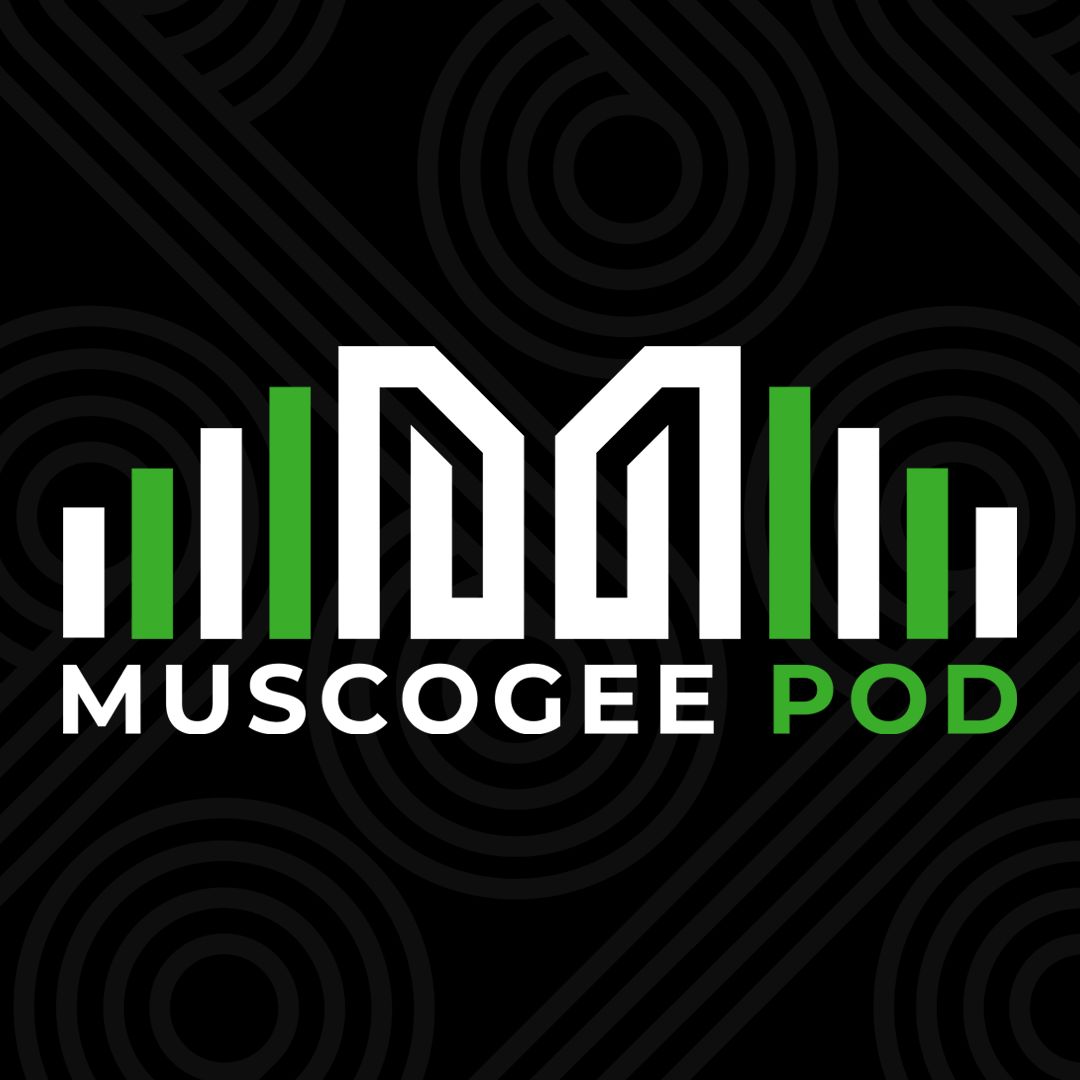 In the episode, currently streaming on Spotify, Apple, and more streaming platforms, Harjo talks about the new creative deal he’s struck with FX, his favorite shows and books and the importance of telling authentic Native stories to an international audience.

Native Women in Film & Television in All Media – Film Festival

A critical counterpoint to the Oscars, the Native Women in Film & Television in All Media Film Festival precedes the most famous movie award event with more than 40  films made by Native women and allies.

“There are no Native women nominated this year at the Academy Awards,” said festival host and founder and film industry veteran Joanelle Romero (Mescalero/Chiricahua Apache/Dinétah/Paiute). “Native Women in Film and Television hopes to change that for next year. We celebrate the belief that women supporting women, behind and in front of the camera, is the best way to ensure more films are made by Native and Indigenous women.”

Women Decolonizing the Film Industry is the theme of this year’s festival, which also includes three films from Ukraine, which expand its ideals of women supporting women.

“Tribes need to step up and ally with women and pregnant life givers in Ukraine. Stop War crimes against innocent women and girls!” Red Nation Celebration Institute board member Theda Newbreast said in a statement. “Historically that’s what was done to us, the 584 Sovereign Tribal Nations in the USA.”

The Festival also features a series of events and conversations with professionals in all aspects of the film industry, including Native High Tea: Indigenous Knowledge,  Native and Indigenous Women in Hollywood, Who Tells The Story: Representation Matters, and Producers Group: Women of Color.