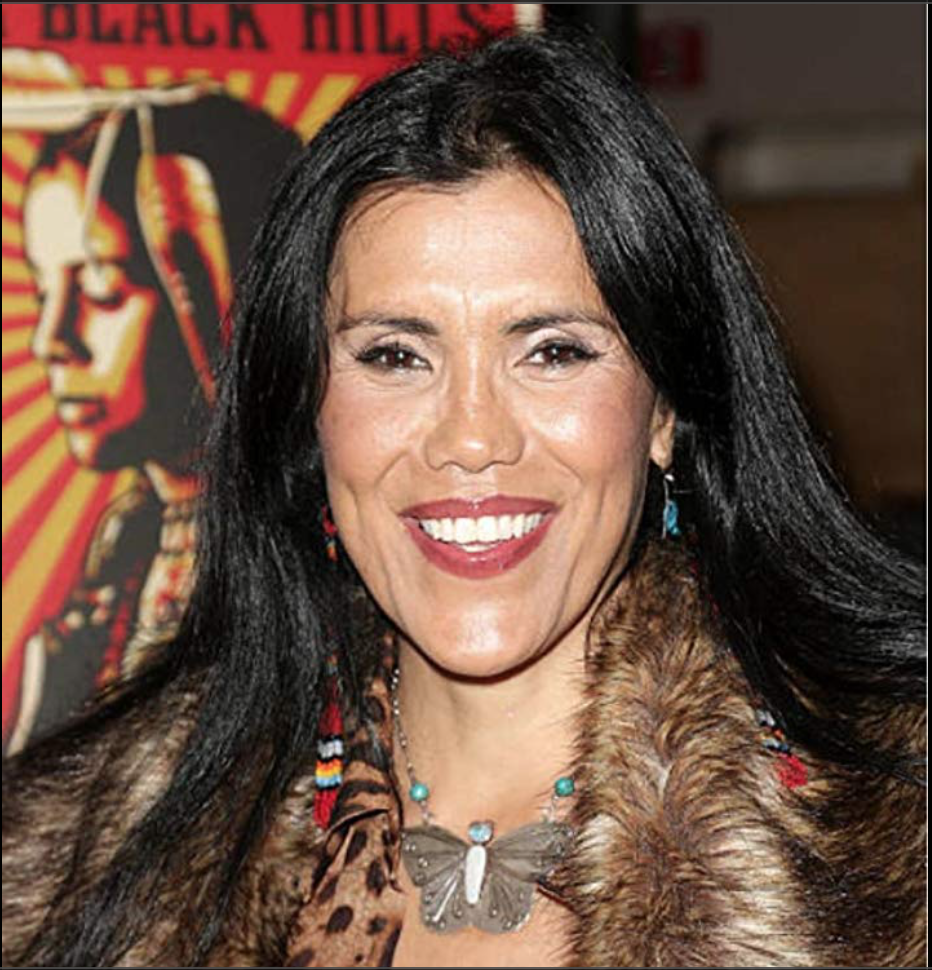 Few people are as laser- focused on amplifying and promoting Indigenous voices in film and television as Joanelle Romero, Mescalero/Chiricahua Apache/Dinétah/Paiute. For nearly half a century, the industry veteran, member of the Academy of Motion Pictures Arts and Sciences, and founder of the Los Angeles based Red Nation Film Festival has been nurturing Native talent and challenging traditional networks and studios to step up their game when it comes to telling Native stories.

As the curtain rises on the Red Nation Celebration Instutute’s 26th Annual Red Nation Film Festival on Nov. 1, Romero is as committed as ever.

“We are a festival. We are not a cause. We are content creators,” she said. “People can start up new nonprofit organizations, and they can launch this and that, but in this industry, you have to have content, and we have 26 years of content.”

Brimming with dozens of feature films, shorts, animation, industry panels, and culminating in a star-studded red-carpet awards ceremony, the festival is a high-voltage jolt of creative Native empowerment.

“The focus really needs to be on inclusion and not so much on asking permission from the industry,” Romero said. “Red Nation didn't wait to be asked to the table. We're a pioneer organization that created pathways to encourage our community to go for it. I grew up in this industry. It's in my blood. I will never, ever give up. This is my life.”

Native News Online chatted with Romero about the state of Native stories in the film and TV industry, Red Nation’s priorities, and the impactful films featured in this year’s festival.

How do you feel at the dawn of the 26th Red Nation Film Festival?

It's still as exciting every year because of our filmmakers. Our alumni are getting better and better at their craft, and the newcomers and emerging filmmakers that are coming in have a passion and point of view that is exciting. Red Nation is nurturing our filmmakers. We're developing them. We have year-round programs that do that.

How do you feel about the impact hit TV shows like Rutherford Falls and Reservation Dogs have had this year in terms of Native stories breaking out onscreen in the mainstream?

I think it's exciting. I know that Rutherford Falls has been picked up for a second season, and so has Reservation Dogs. We will be honoring them with awards this year. And there are other documentaries and feature films that are being produced right now. And some have wrapped like Martin Scorsese's Killers of the Flower Moon.  My big prayer, my big hope is that this is just not like an isolated thing, and that this becomes the norm.

How do you get to the point where a Native story told by Natives gets to the level of commercial success of a Marvel movie or another blockbuster?

We have to. That’s a goal I set for myself as a filmmaker and I hope that other Indigenous filmmakers have that goal. We need a box office hit, and we don't have that yet. I mean, Martin Scorsese's not Native, so it's still from someone else’s point of view, even though I'm grateful and excited that he picked up the story.

How have you seen the popularity of Native film rise and fall through the years?

So, when Dances with Wolves came out in1990, there was a little bit of, ‘Let's do Native’ in the industry. And then it dried up. It was just like a little fad. It goes in waves. It’s not like a consistent thread. So now maybe this is a trend, or maybe this will become a norm. Maybe we'll be seen as human beings, and that like everybody else, our stories need to be told.

What was the biggest watershed moment for Native film?

Powwow Highway (1989), which was before Dances With Wolves or Smoke Signals. It was the first contemporary feature film that changed the Native narrative forever in our industry. It was the last film that George Harrison produced and it won an award at the Sundance Film Festival. That was a very important film because that opened the door and the consciousness that contemporary Native stories matter.

Red Nation is very involved in elevating Indigenous women in film and TV. Why is that so urgent a cause for you?

There's a direct link between our Native women in film and television and media and our missing and murdered Indigenous women there, because if we're not seen and heard, then we don't matter. We started a call to action in 2018 called Why We Wear Red. This has been a big mission and concern for us. This year, we have 27 films directed by women. I'm super excited about the future for Native women in film and television and where the needle is pointing to in respect to our storytelling and narrative.

I don't know if it was a conscious thing. The conscious thing is, they are good films  and they need to be seen. They’re about the boarding schools and the history. Joe Buffalo is a profound story because he's still here and he's vibrant. And then we have the Carlisle story and to us, that's an old story. This is nothing new to us, but it is new to the general audience that knows nothing about it. We've been telling people to listen to us for years, But they didn’t believe us, or it was too heartbreaking. But now that they found the bodies and our  children are being  found, they can't avoid it anymore. These are the facts.

You're also screening Awake: A Dream from Standing Rock, a documentary by Paiute and Shoshone journalist and documentarian Myron Dewey, who passed away in September.  What role does he play in this year’s festival this year?

Last year, we created The Indigenous Journalist Award, but we haven't given it to anyone yet. So this year, we’re honoring Myron Dewey. He was an incredible journalist and filmmaker. He was documenting and risking his life constantly on the front lines.

What advice do you have for Native people looking to break into the film and TV industries?

Never give up. You are the only one that really knows your story and knows who you are. You have to believe in yourself, because even if you are fortunate enough to have someone who believes in you too, at your core, you have to believe in you. And for the ones that want to want to tuck into this industry, do it. Now we have iPhones. You could just pick up an iPhone and make a movie. Tell your story. Go for it. Don't wait.

For more about the Red Nation Film Festival and the full schedule, click here.