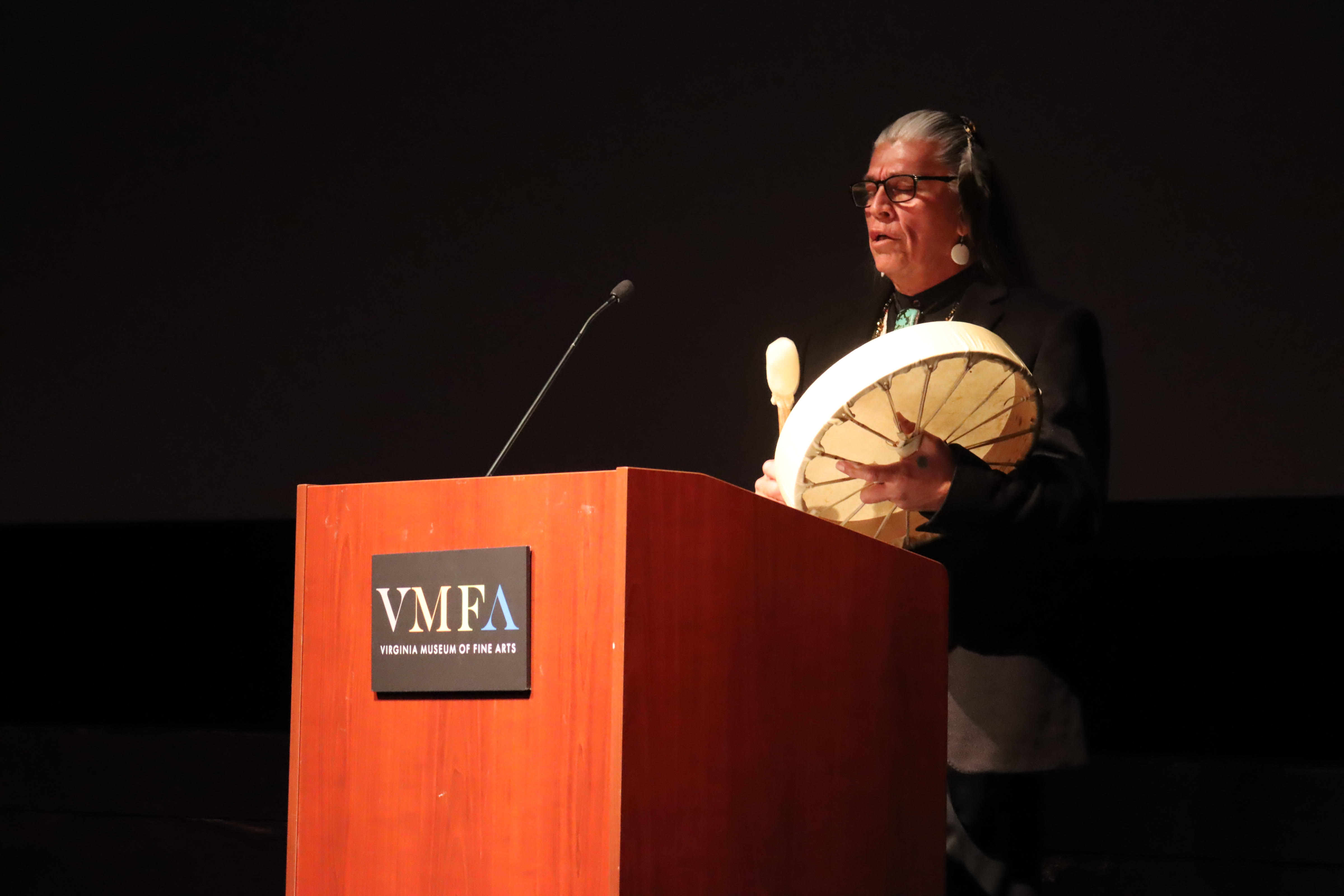 Richmond, VA—On Friday November 19, the Pocahontas Reframed Storytellers Film Festival began its fifth year of festivities with both a live and virtual film festival highlighting Indigenous voices, stories, filmmakers, producers, and writers. The festival was hosted at the Virginia Museum of Fine Arts.

“We’re excited to welcome guests back to the film festival after a two year hiatus, due to the COVID-19 pandemic,” said Pocahontas Reframed Storytellers Film Festival President Brad Brown to Native News Online. “This year, our virtual film festival is set to showcase films for an entire week for those who can’t make it to Richmond.”

Each year the festival hosts a film student to give them an opportunity to meet other filmmakers and share their film with a live audience. If chosen, the festival awards the student with a $1,000 scholarship to continue with their studies. This year’s recipient is Suni Sonqo Vizcarra Wood (Quechan and Pueblo) for the short film, “Yaku, The Water Spirit,” which was the winner of a Tribal College Journal’s student writing award. Vizcarra Wood is a visual arts student at the Institute of American Indian Arts (IAIA).

“It’s an honor to be here, to be among so many dedicated filmmakers,” said Suni Sonqo Vizcarra Wood to Native News Online. “I’m excited to be a part of such a great event that features Indigenous voices.” His film is an homage to his Indigenous culture, land, and heritage.