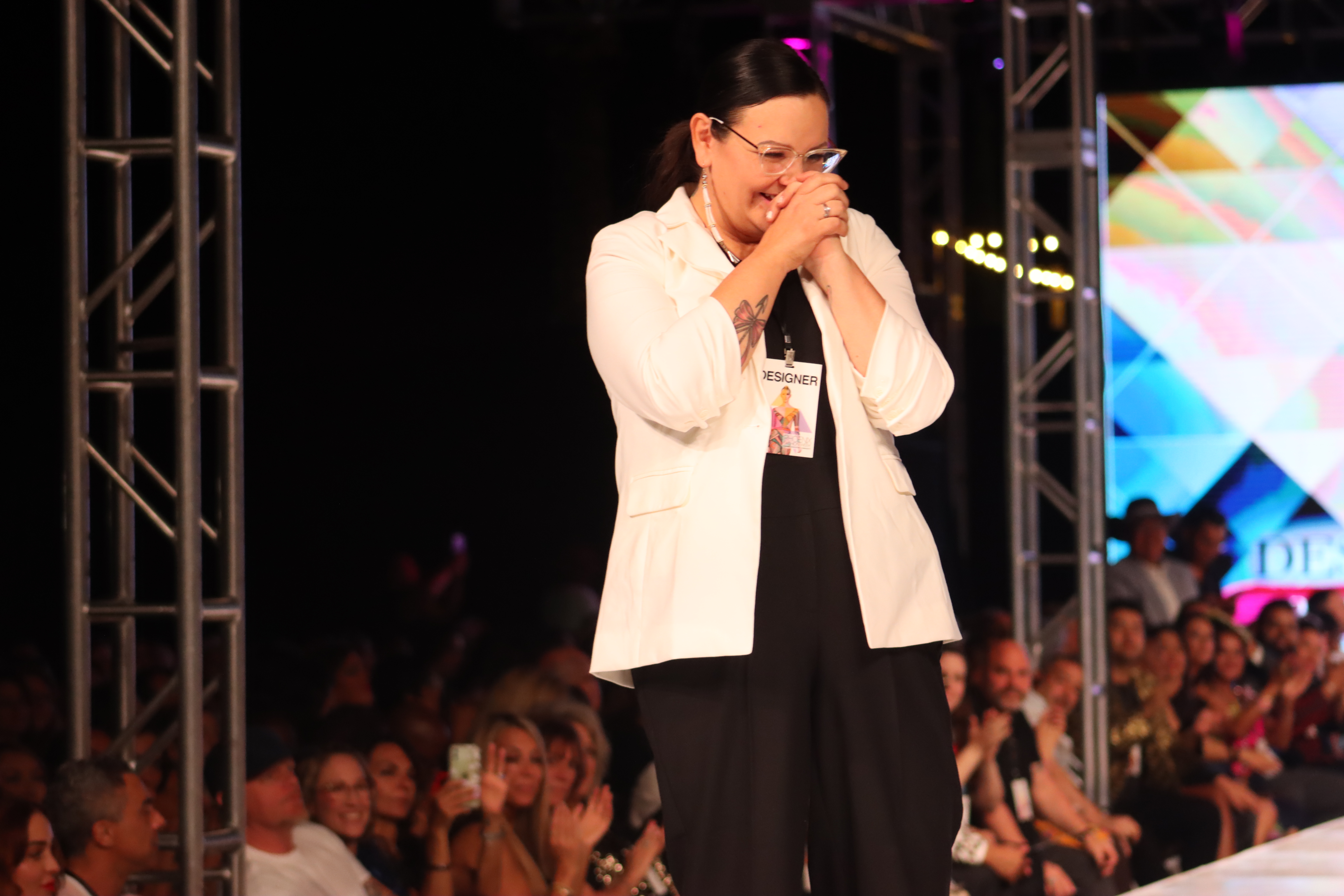 PHOENIX—Last night, Norma Baker Flying Horse, founder of Red Berry Woman, was chosen among three other designers as Phoenix Fashion Week’s Designer of the Year at the Chateaux Luxe. She was one of two Indigenous fashion designers chosen by the organization to participate in a 3-month bootcamp that challenged participants with a curriculum designed to advance each designer’s business in the fashion industry.

“I’m beyond happy to receive this recognition,” said Flying Horse to Native News Online. “Thank you to my family, supporters, and the Phoenix Fashion Week for this incredible opportunity.”

As a result of being chosen as Designer of the Year, Flying Horse will be promoted by Agency Arizona, a marquee modeling and talent agency that will promote Red Berry Woman to international markets.

Red Berry Woman is also Norma’s Dakota name, and the business strives to incorporate traditional designs with contemporary couture garments that are ready to wear for both women and men. Norma Baker Flying Horse is an enrolled member of the Hidatsa tribe from the Ft. Berthold Indian Reservation and also Dakota Sioux and Assiniboine. Her clothing and designs pay homage to her cultural heritage. Her opening featured a dance demonstration by fancy shawl and northern traditional buckskin dancers.

“My Phoenix Fashion Week team and I were so impressed with Norma’s business first vision, hard work, and obvious keen eye for design. Red Berry Woman is blazing their own fashion forward cultural trail that our industry will have to try to catch up to,” Brian Hill, Executive Director, Phoenix Fashion Week.

“I’m so proud of her,” said Elmer Flying Horse, Norma’s husband, when Norma was chosen as Designer of the Year. “All of her work and sacrifice was all worth it.” The Flying Horse family drove from the Fort Berthold Indian Reservation in North Dakota during a blizzard that crippled most of the state for several days.

The Phoenix Fashion Week is a curated two-day event that showcases models, designers, and fashion in the premier fashion event in the Southwest. The organization chose 40 models, female and male, to walk the runway for eight fashion shows a day in the chosen designers’ clothing.

This story has been updated to include a quote from the executive director of Phoenix Fashion Week.