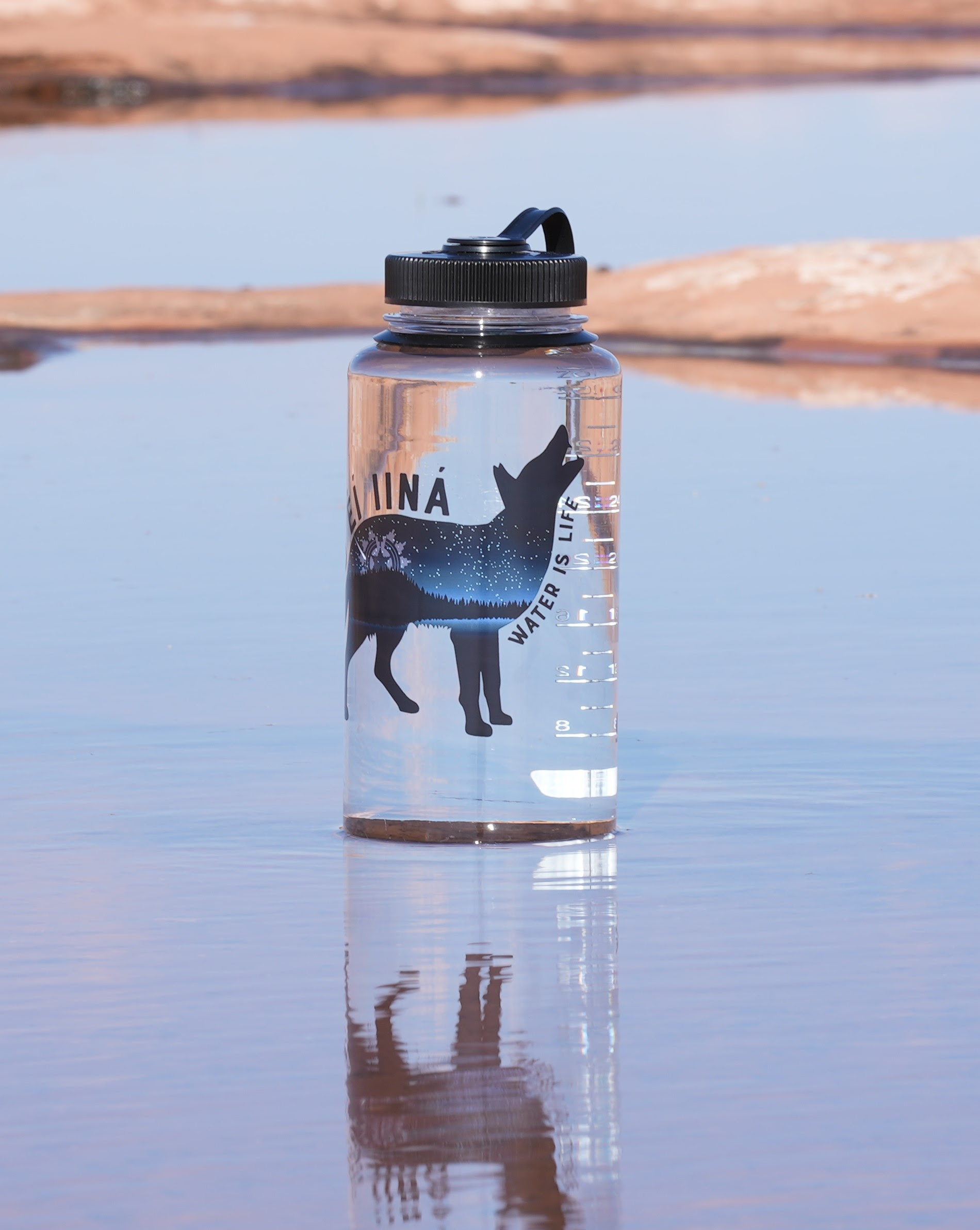 Nalgene Water Fund is an arm of Nalgene, a popular water bottle company that supports domestic communities struggling with access to clean water by partnering with grassroots nonprofits to raise funds and awareness.

The company originally partnered with Redhair in 2020, and $5 from every sale of the limited edition bottle he designed was earmarked to end the Navajo Nation’s water crisis. Together, they raised $80,000 to donate to DigDeep and Community Outreach and Patient Empowerment, two nonprofit partners on the Navajo Nation that work to make safe drinking water more accessible.

According to The Navajo Water Project, 30 percent of Navajo families live without running water, while one in three Navajo don’t have a sink or a toilet. Growing up on the Navajo Nation, Redhair told Native News Online that many residents accepted their lack of access to water as a way of life rather than an injustice.

“There’s a lot of people that still live out in very rural areas, and because of that, it’s hard for them to get…[water] infrastructure set in place because it’s so expensive,” Redhair said. “So most of the time, they have to haul their own water with their own vehicles. Showing people that [access to water] can be easier for them is something I think is important, as well as getting actual money to help and increase water accessibility.”

In his newest water bottle design, Redhair incorporates a traditional Navajo teaching. His design features a coyote silhouette filled with images of the starry night over Asaayi lake, a local lake in his hometown.

“The reason those stars are in the sky is because coyote kind of placed them there, in a way,” Redhair told Native News Online. He added that coyote stories are typically only told in the winter when the water bottle was originally slated for release.

Nalgene.com for $20. Five dollars from each purchase will again go towards fighting the water crisis on the Navajo Nation.

Redhair, currently earning his master’s degree in electrical engineering at Stanford University, said that purchasing the water bottle helps in messaging as much as it does in fundraising.

“When I’m out here in Stanford in such a very diverse area, I still get asked,’ Oh, wow, you really Native American? I didn’t know Native Americans still existed.’” Redhair said. “Creating that design with Nalgene— because Nalgene is a worldwide distributor— I think it’s very important to have a platform to be able to show that Native American people are still here, and there’s a lot of issues that we face that are pretty important.”