Native New York: Dispelling the Myth of the Sale of Manhattan & More 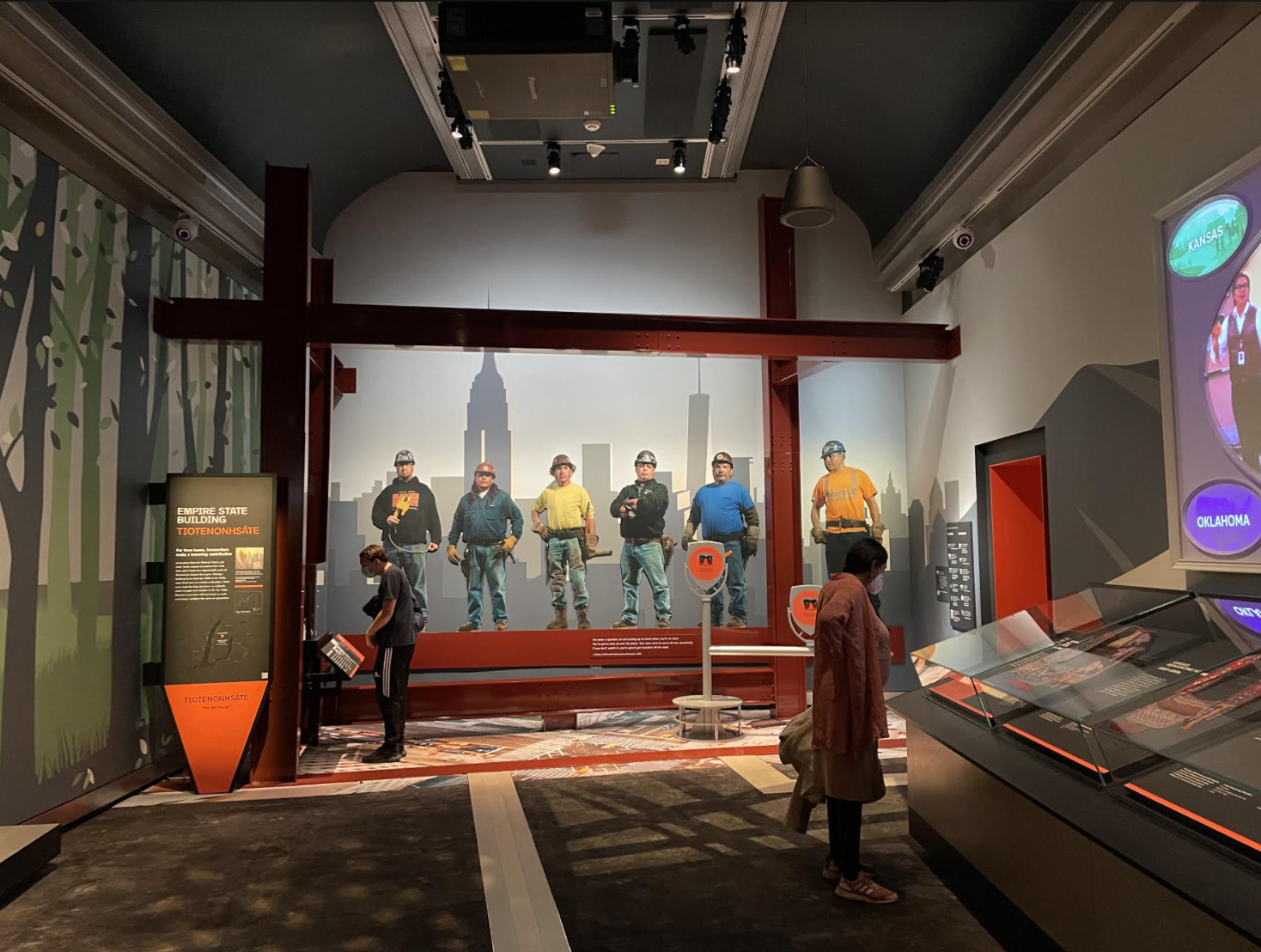 NEW YORK — In 2012, the Smithsonian’s National Museum of the American Indian (NMAI) staff asked its historian Gabrielle Tayac   —  a member of the Piscataway Nation born and raised in downtown Manhattan—to curate its upcoming exhibit on Native New York.

“Yeah,” she said, recounting her response to Native News Online. “A love letter to my hometown? Absolutely.”

Tayac spent five years traveling to at least 15 tribal communities whose ancestral lands make up what is now called New York state. Some of those tribes, such as the Shinnecock of Long Island, remain on their ancestral land. Others, such as the original inhabitants of Manhattan, the Lenape, were pushed out to other states. From meeting with knowledge keepers in each community—well over 100 people, Tayac estimates—she was able to lay the framework for NMAI’s new exhibit: Native New York.

The exhibit, which opened October, invites visitors to “open [their] eyes to Native New York” by following a wooden pathway laid out on the exhibit floor to visit 12 traditional and contemporary homelands from Long Island to Niagara Falls.

One piece of the exhibit dispels the myth of the “sale” of Manhattan and is part of the museum’s initiative—called Native Knowledge 360°— to develop educational materials that incorporate Native narratives and more accurate histories into mandated school curriculum.

“What we wanted to do is not tell them that the standards that they're teaching are incorrect, but really that the perspective from which the standards are written could be to be pushed a little bit,” Gorelick said.

The story of the sale of Manhattan in history books today is told from the Dutch perspective: that the Lenape Indians living on the island of what they called Manahatta, meaning “place for gathering wood to make bows,” sold their land to the arriving Dutch settlers in the 1600s for the equivalent value of $24.

What is more likely, according to Lenape descendants included in the exhibit, is that the Lenape believed they were receiving gifts to share their land with new neighbors. As stewards of the land, they didn’t believe it was theirs to sell.

“We're not doubting that there was an exchange that took place in 1626,” Gorelick said. “What we are really questioning is whether the intentions of that exchange were the same from those two different cultures. For that, we went to Native communities and we said, ‘what are those enduring cultural values that we can really stress in this lesson that is absent in the curriculum that is often overlooked?’”

Other parts of the exhibit highlight the sovereignty of sports in the Iroquois Nationals lacrosse game and the ironworkers of the Mohawk Nation who helped to build Manhattan’s skyscrapers. Much of the artwork of the museum was done by Native illustrators who made sure that their depictions were accurate in terms of dress, but also that the Natives and the Europeans were portrayed as the same height and without hierarchical structure.

Throughout the exhibit, there’s an obvious emphasis placed on contemporary Natives of New York, which Tayac says is very much intentional.

The New York City metropolitan area (which includes Long Island and much of New Jersey) had the fifth highest population of urban American Indians and Alaska Natives in the nation, with 50,000, according to a 2013 Census Bureau estimate.

“Sometimes it seems exotic, that there's an American Indian person in New York,” Tayac said. “But that’s a Native place...it's called Manhatta. Let’s get real. And having that understanding is really important. I think it's really important for Native kids who live in New York City...to be seen. It shouldn't be so strange that you live in an urban space... at all. That's not foreign. It's all there.”

Tayac said that her hope for the exhibit—which was met from Native viewers with “a feeling of collective accomplishment of being seen”—is for visitors to never see the land they walk on the same again. ‘To understand that everywhere that they go is his native land, and to work...to support to support policies, laws, [and] understandings that would assist tribes in their purpose,” she said.

For Tayac, the Native New York exhibit is the tip of the iceberg.

“There's the exhibit that you see—within 6000 square feet, maybe 100 words here, 75 words and objects of photos, wonderful graphics, media installations,” she said. “But what really is key to this work... is creating and sustaining relationships to have to support communities restoring knowledge, and then also deciding what can be shared outside.”

The National Museum of the American Indian In New York is located at One Bowling Green in lower Manhattan. It is free and open to the public from 10am-5pm Monday through Friday and all visitors 12 and above are required to show proof of vaccination against COVID-19.

This story has been updated to correct the caption of the photo of Mohawk ironworkers. The photo is from the 21st century, not the 20th. We have also corrected "Manhatta" to "Manahatta." We regret the errors.