When 19-year-old Bella Aiukli Cornell (Choctaw Nation) began sewing about four years ago, she couldn’t have anticipated that one of her traditional ribbon skirts would be broadcast on televisions across the world from the Presidential Inauguration.

Cornell, who introduced herself over the phone in her tribe’s Choctaw language, gifted a handmade ribbon skirt to New Mexican Rep. Deb Haaland (Laguna Pueblo) back in 2019 during the congresswoman’s visit to Cornell’s hometown in Oklahoma City.

Haaland was selected by President Joe Biden to serve as Secretary of the Interior. Once confirmed by the Senate, she’ll be the first Native American to serve in a cabinet position in the history of the United States.

Last week, Cornell saw the congresswoman wearing that same skirt on national television. Haaland wore the garb, along with traditional moccasins, to usher in the new president.

“I was so surprised,” Cornell said. “I wasn’t expecting her to wear it. I was really excited and really happy. It made me proud.”

Ribbon skirts originated with Plains Indian Tribes, when ribbon was bartered through trade. Cornell’s own tribe has a similar design, called a Stomp Skirt, that uses less ribbon, and instead has a ruffle at the bottom.

Cornell, a psychology major with a minor in Native American studies at Fort Lewis College in Colorado, said the skirt’s design can be interpreted in a lot of different ways.

The pattern was yellow, like the New Mexican flag, and was embroidered with a cross hatching design.

“Some say it looks like stars, some say it looks like the four directions,” Cornell said. Some of it was intentional, she said, but she’s also experimenting. “I'm just kind of having fun with it and looking around me, like the world and stuff, to find colors because there's inspiration in just about everything.”

Cornell sells her handmade skirts on Instagram through her brand Aiukli Designs. She limits the skirts to Indigenous customers only, to avoid cultural appropriation, but sells beaded earrings to any interested buyer.

For Cornell, this isn’t the first time Indigenous fashion has garnered her national attention. In 2018, Teen Vogue featured her in an article for her statement red prom dress bringing awareness to the crisis of Missing and Murdered Indigenous Women. The U.S. Department of Justice found that American Indian women face murder rates that are more than 10 times the national average. 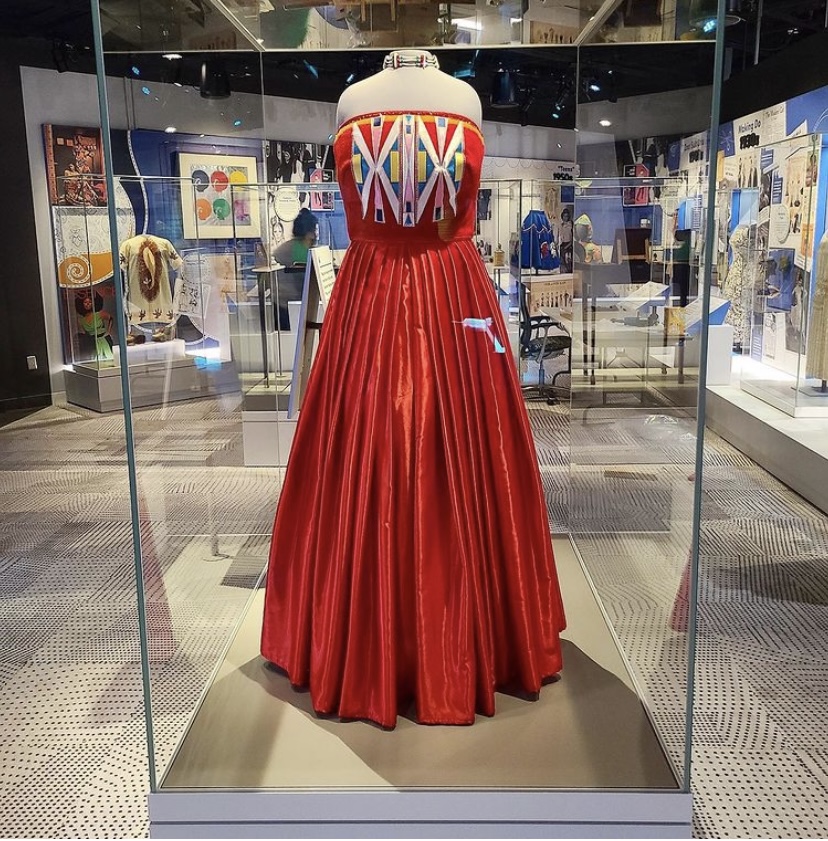 The dress, made by Crow designer Della Bighair-Stump of Hardin, Mont., now sits in the “Girlhood” exhibit at the Smithsonian's National Museum of American History. Museum staff contacted Cornell after her prom and asked her if she’d be willing to donate it.

“I donated it to the Smithsonian for the sole purpose of raising awareness of what’s going on right now,” she said. 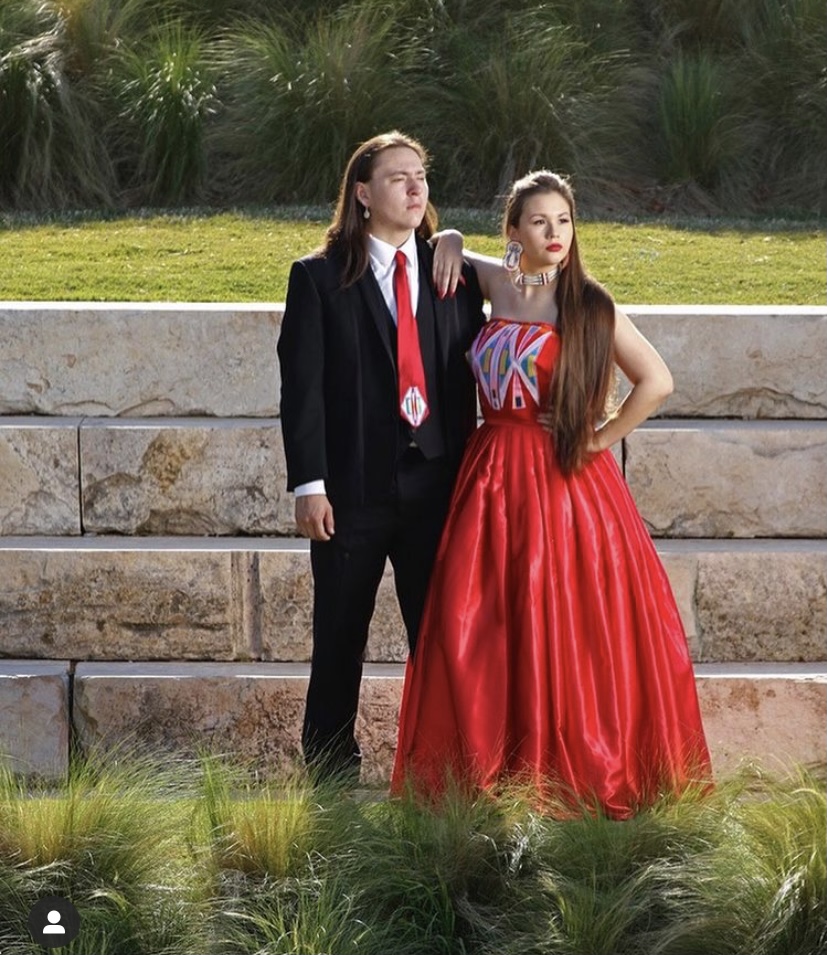 Cornell, who says she’s been involved in advocacy work for Native communities since she was a child, said that Haaland’s nomination represents hope for the future for Indian Country.

“For so long, Indigenous people haven't had enough representation in policy work and in the media, and in pretty much every field you can think about,” she said. “And sometimes the representation that we have had isn't always entirely accurate for us. So I think this is a huge step in the right direction for us as a people. It makes me proud to be Indigenous whenever I see people like (Haaland) doing good work for our community. It just makes me really hopeful for the future.”