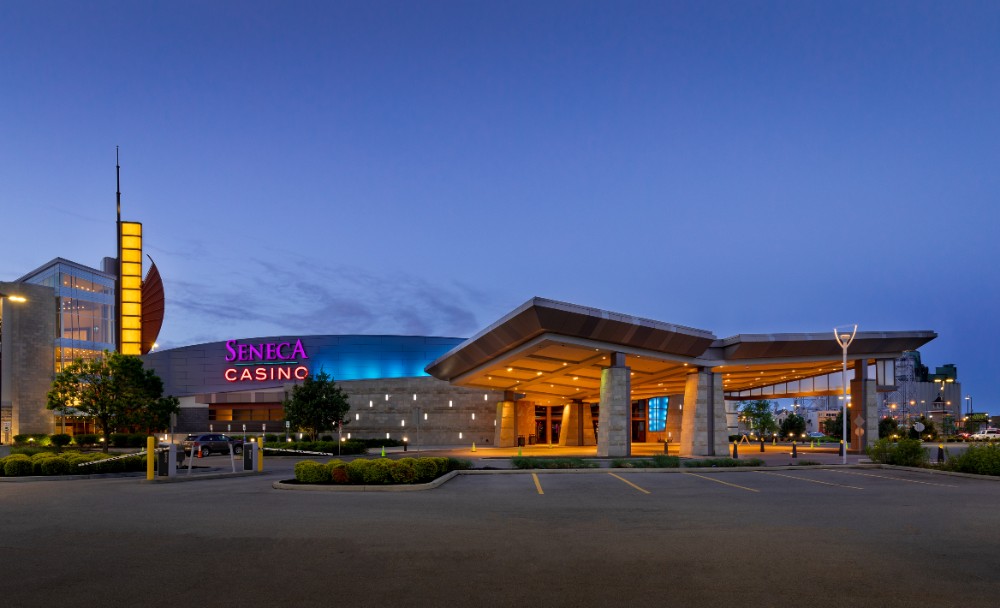 Seneca Nation President Matthew Pagels equated the move to a ransom payment. The tribe agreed to transfer the funds to the state on March 28, two days after a restraining order served by the state froze several of its business bank accounts. The tribe uses those accounts to pay the more than 3,000 employees in its three casinos, as well as to deliver health care and education to the Seneca people.

“The Seneca Nation simply could not stand by while New York State intentionally attempted to hold the Seneca people and thousands of Western New Yorkers hostage,” Pagels said at the time. “The State may think it’s appropriate to force an elder to go without their diabetes medication or a family, already dealing with the financial impacts of the pandemic, to go without a paycheck. The Seneca Nation won’t let that happen. We will not let New York State strangle the people of Western New York.”

Following the payment, New York Governor Kathy Hochul, a Democrat, released a statement that $418 million of the total revenue she “sought to negotiate in good faith” would go towards building a new stadium for the Buffalo Bills football team.

The dispute stems from two different interpretations of the 2002 gaming compact between Seneca Nation and the state. The Seneca Nation agreed to pay a portion of the revenues from their three casinos to the state in exchange for the exclusive right to operate gaming west of State Route 14, which runs north-south about halfway between Rochester and Syracuse, from the Pennsylvania border through Elmira and the Finger Lakes region to Lake Ontario.

However, Seneca Nation says the state hasn’t upheld its end of the compact, and has breached the compact’s terms by allowing video lottery terminals to operate within its exclusivity zone.  The terminals are owned by a company where Bill Hochul, the Governor’s husband, works as an executive.

Since 2002, the Seneca Nation has paid the state more than $1 billion, according to the tribe.

In 2016, the initial terms of the compact expired, but the agreement was automatically extended for another seven years.

In February of 2021, the U.S. Court of Appeals for the Second Circuit ruled against the Seneca Nation, ordering them to pay the state of New York $255 million as part of the 2002 compact.

Later that year, Assistant Secretary of the Interior Bryan Newland wrote to the National Indian Gaming Commission that the department had “serious concerns about the extension of revenue-sharing beyond the 14-year initial term and the lack of certainty that the extension of the revenue-sharing into the Compact’s seven-year-renewal period complied with IGRA.” IGRA is an acronym for the Indian Gaming Regulatory Act, enacted in 1988 to regulate gaming on Indian lands. A stated principal goal of federal Indian policy is to “promote tribal economic development, tribal self-sufficiency, and strong tribal government.”

“Twenty years ago, the State promised the Seneca Nation exclusivity that never truly existed and which the state has intentionally erased even further at every opportunity,” Pagels said in a statement on March 27. “Our Compact must finally recognize the true condition of the gaming landscape, not New York’s empty promises and fictional benefits. If the Indian Gaming Regulatory Act is to be believed, then the federal government must hold our Compact to the standard of ensuring that the Seneca Nation and the Seneca people are the principal beneficiaries of our gaming enterprise, so that our business supports our people and our Nation’s economic growth first and foremost.”

Pagels called on the state to negotiate clearer compact terms with the Seneca Nation. The current compact is now set to expire in 2023.

“We are actively and aggressively preparing for the gaming compact negotiations,” he said in a recorded update on April 8. But the talks have not yet begun, a spokesperson for the tribe told Native News Online on April 22.

That week, the Indian Gaming Association held its annual conference in Anaheim, California.

Speaking to Native News Online from Anaheim, Lance Gumbs, regional vice president of the National Congress of American Indians, said the Seneca Nation’s compact was a big topic of discussion at the conference.

“You know this is going to roll across Indian Country,” he said. “Right now,  state governors — especially in those states that don't have good relationships with their tribes — are going to feel empowered, like, ‘oh, well, New York's governor did it, so we can freeze the bank accounts of these tribes if they don't comply with whatever directives we give them.’”

In 2019, Oklahoma Governor Kevin Stitt argued that tribes there should pay a higher percentage of casino revenues to the state after their 2019 compact expired, but tribes brought a lawsuit and won.

In 2020, the Shinnecock Nation announced plans to build a casino on their reservation, on Long Island in the upscale resort town of Southampton, and received opposition from non-tribal members who complained about possible noise disturbances and crime.

“It has a chilling effect,” Gumbs said of the state’s freezing Seneca funds. “Obviously, we’re in the Hamptons, and they don’t want us to do gaming in the Hamptons on our land, [though] we have the absolute right to do it. What's to say that we do this and in retaliation, they don't try to come after our bank accounts? It's not going to stop us from doing it. We just have to be aware that now this is one of the tools in their tool chest that they can use to try to curtail gaming.”