Out with Oklahoma Flag; Cherokee Nation Flag Takes Prominence on Its Reservation 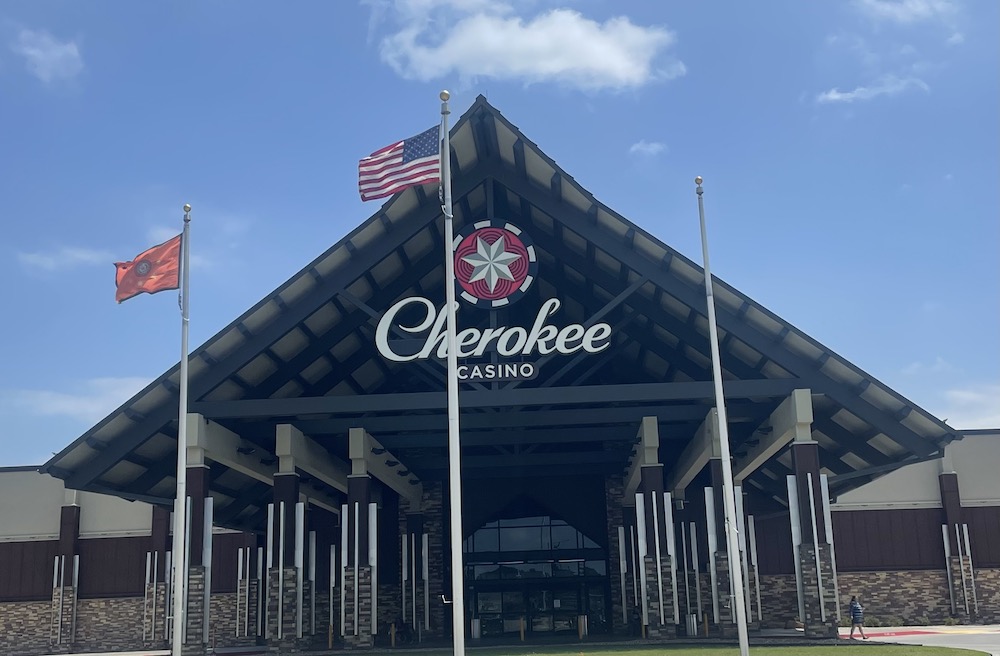 TAHLEQUAH, Okla. — In a move to display the prominence of tribal sovereignty, Cherokee Nation Principal Chief Chuck Hoskin, Jr. issued an executive order on Wednesday limiting the use of state of Oklahoma flags on the Cherokee Nation reservation.

As leader of Indian Country’s largest tribe, Hoskin said it is time for the Cherokee Nation to show its strength and determination when it comes to tribal sovereignty.  Hoskin is quick to clarify that Wednesday’s order is not the result of frayed feelings between the Cherokee Nation and the state of Oklahoma.

“The Cherokee Nation remains a close partner and ally of the state of Oklahoma, and the executive order is not intended to send any message to the contrary,” Hoskin said in a statement to Native News Online.

The Oklahoma state flag remains in use at events involving Oklahoma government leadership or honoring visiting dignitaries and service in the Oklahoma National Guard.

The executive order also calls for flags flown by the Cherokee Nation to be made on the reservation or domestically.