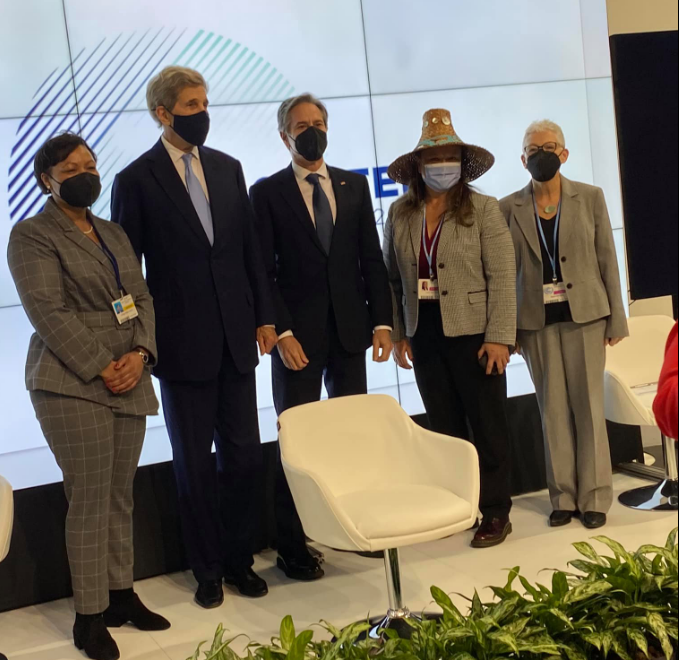 The U.S. Department of State on Wednesday announced National Congress of American Indians (NCAI) President Fawn Sharp has been credentialed as a delegate during the 26th United Nations Climate Change Conference of the Parties (COP26) that is currently in session in Glasgow, United Kingdom.

"As I accept the honor of being the first tribal leader to receive full credentials as a delegate to the United Nations Conference of Parties, I do so with an incredible sense of optimism, because I know the invaluable contributions to the fight against Climate Change that Native Americans and our Indigenous relatives globally will make to turn the tide," Sharp said.

The international COP26 summit that began on Sunday in Glasgow comes at a critical juncture where all nations and communities must find consensus to address one of the world’s climate crisis.

Tribal nations and Indigenous communities globally have a different and unique sense of land and place rooted in, and often dependent upon, their environment and local natural resources for cultural practices, traditions, community, food, economies, and ways of life.

“It is impossible to confront the global existential crisis of climate change without the active leadership and engagement of the world's Indigenous peoples, and the Tribal Nations of the United States of America have an incomparable brain trust of leaders, scientists, and policymakers who are ready to lead that effort,” Sharp said. "Indigenous communities globally have one thing in common: we are resilient survivors, and we will help lead the world through this challenge to a brighter, more just, and more sustainable future."

In April 2021, Sharp joined world leaders at the White House Leaders Summit on Climate that highlighted the dramatic effects of climate change on tribal nations and the importance of tribal sovereignty and traditional knowledge in combating those effects.

Sharp, who currently serves as vice president of the Quinault Indian Nation in Taholah, Washington, after serving for five terms as president of the tribal nation. She was elected as president of NCAI in Denver in October 2018 at its 75th annual conference and was re-elected this fall to serve another two-year term.

Sharp will be in attendance at the COP26 Summit through its conclusion on November 12, 2021. In addition to being credentialed by the U.S. State Department through the remainder of the summit, she is leading an Indigenous delegation advocating on behalf of tribal nations.