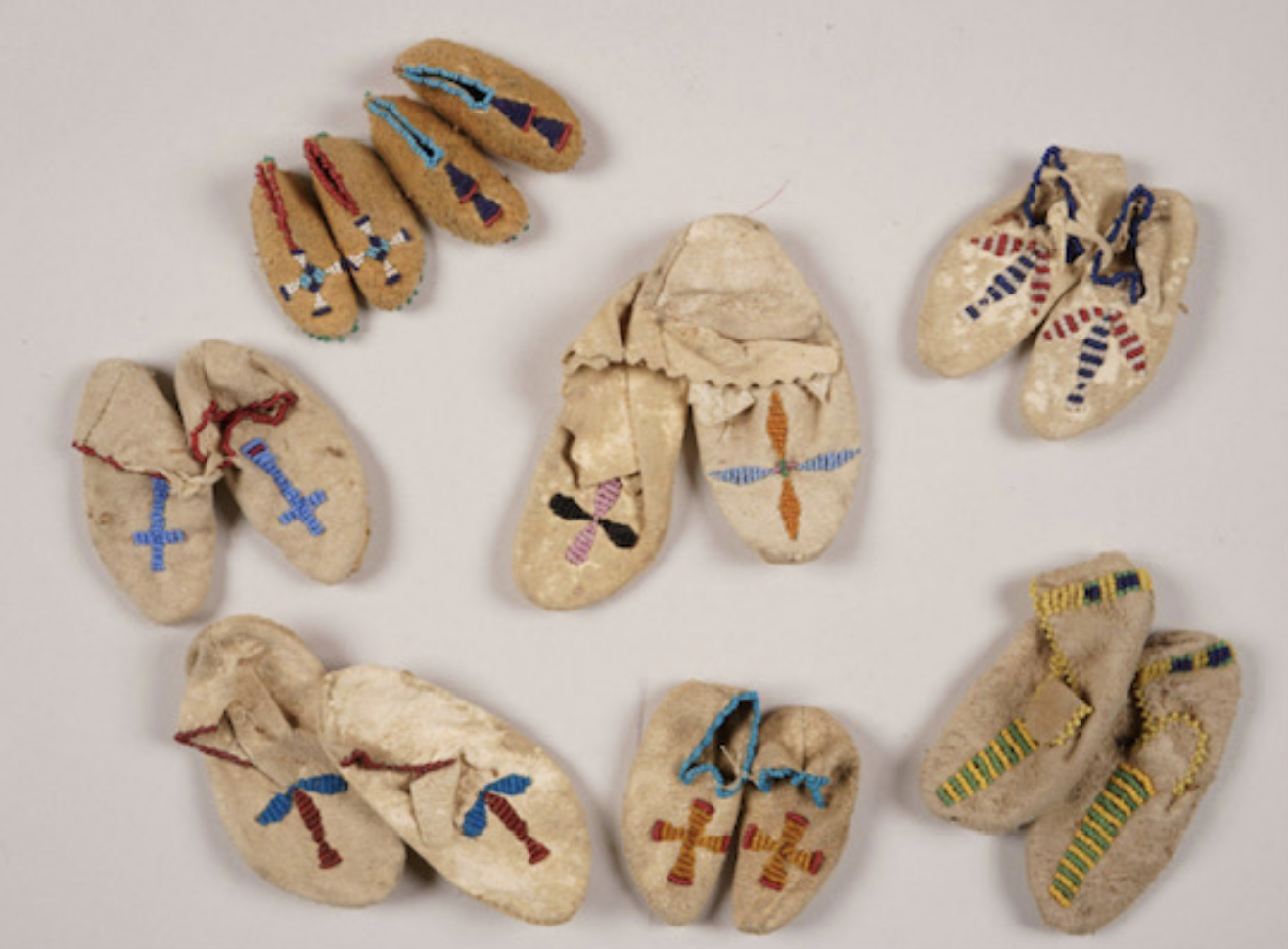 A Lakota delegation of tribal leaders, youth and descendants from Wounded Knee traveled to Barre, Mass., on Nov. 5 to receive more than 160 historical artifacts stolen from their ancestors and then kept in a museum for over a century.

The delegation was led by Oglala Sioux President Kevin Killer and included tribal representative Justin Pourier, descendants of Wounded Knee and members of the International Indigenous Youth Council’s Oglala Chapter. The group brought the artifacts home to South Dakota to rest at the Oglala Lakota College until stakeholders decide how to proceed.

The sacred artifacts— including ceremonial pipes, moccasins, clothing, and the dried umbilical cords traditionally kept by tribal members throughout their lives — were taken off the dead at Wounded Knee by a worker in charge of clearing the field, then sold to a Massachusetts resident named Frank Root, according to the museum’s records. Root donated the artifacts to the Founders Museum in 1892, where they remained. Museum officials announced the repatriation last month after years of back and forth with tribal members.

The Wounded Knee Survivors Association in South Dakota has been asking the mostly shuttered museum to return the artifacts since the early ’90s, but they’ve been met with both resistance and confusion. In 1993, the museum’s then-curator told a New York Times reporter that she thought of the artifacts as artworks, adding, “I’m sorry I didn’t realize the significance of these things.”

In 2007, the museum board tried to return some of the artifacts to the Lakota people, but it was unclear which entity they belonged to, board member Elizabeth Martin previously told Native News Online.

In April this year, three descendants of the Wounded Knee massacre visited the museum for a private meeting with the board to re-ignite repatriation talks. Among them was Chief Henry Red Cloud of the Oglala Lakota Nation; Manny Iron Hawk of the Cheyenne River Indian Reservation; and his wife, Renee Iron Hawk.

As a result of that meeting, the museum agreed to hire a Native American Graves Protection and Repatriation Act (NAGPRA) consultant to inventory its collection, consult with tribes, and repatriate the items.

Wendell Yellow Bull of the Pine Ridge Indian Reservation—a descendant of Joseph Horn Cloud, who was just 16 when he witnessed the Wounded Knee massacre—said there will be a mass meeting upon the artifacts’ return.

“Most of all, they’re items from the massacre site,” Bull said in October. “So a lot of preparations and ceremonies must take place in order for us to proceed forward. So at that time, we will bring them back and house them at the Oglala Lakota College for a brief period of time. And then from there, we will discuss.”

Additionally, Yellow Bull added that the survivors association will bring the items on their annual seven-day horseback ride that commemorates the Wounded Knee massacre every December. Riders will bring the artifacts back to the site of the massacre to honor them with ceremony and prayer, then return them to safekeeping at the college.