“We’re going to make a way”: Wounded Knee Descendants and Relatives Travel to New England to Ask for their Artifacts Back 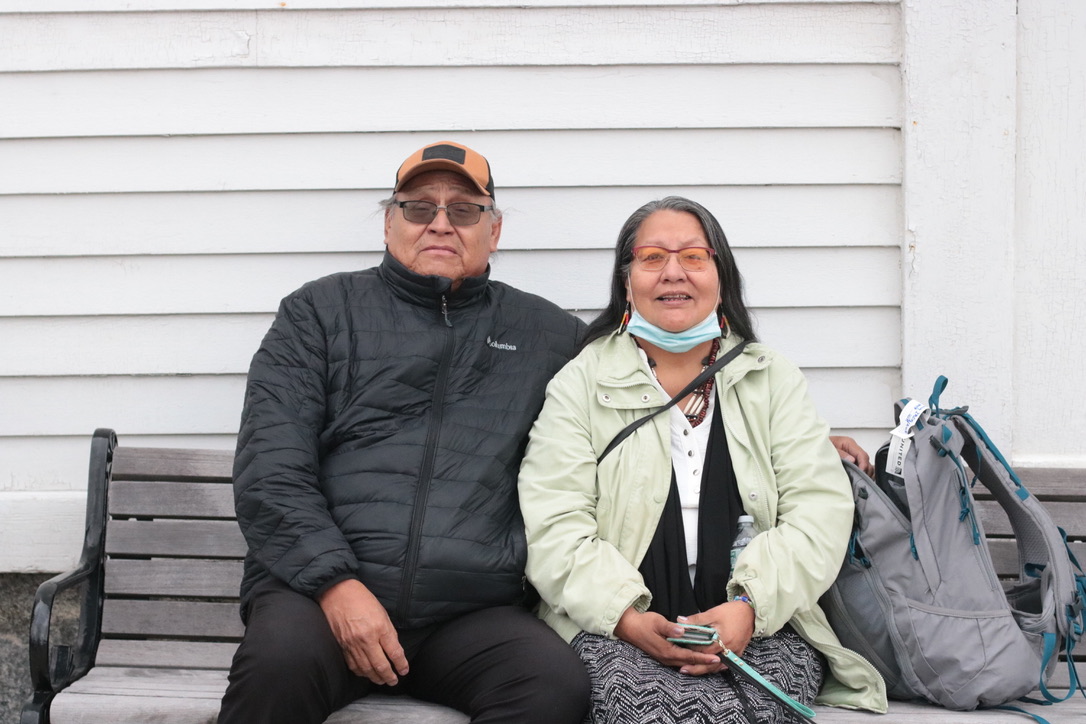 BARRE, Mass.—The souls of many of the Lakota men, women, and children who were slain by the U.S. Calvary at Wounded Knee in 1890 have not yet been laid to rest, but instead hang in limbo with their spirit trapped in the natural world.

That’s because some of their sacred artifacts and remains are on display on the third floor of the mostly shuttered Barre Museum, in a small town in central Massachusetts about 20 miles northwest of Worcester. The story goes that the sacred artifacts — including ceremonial pipes, medicine balls, human hair, and the dried umbilical cords traditionally kept by tribal members throughout their lives — were taken off the dead at Wounded Knee by a worker in charge of clearing the field, then sold to a Massachusetts resident named Frank Root. Root donated the artifacts to the Barre Museum in 1892, where they’ve remained ever since.

On Apr. 6, after decades of back-and-forth, the Barre Museum’s board members held a private meeting with descendants and relatives of Wounded Knee victims and survivors to show the collection, and to make plans for how to begin repatriation. Among them were Chief Henry Red Cloud of the Oglala Lakota Nation, Manny Iron Hawk of the Cheyenne River Indian Reservation, and his wife, Renee Iron Hawk.

“In our way of life, when somebody makes their journey, there's a spirit releasing ceremony that needs to take place, and that didn't happen for these ancestors,” Chief Henry Red Cloud said in a community meeting at the town hall in Barre. “They’re stuck in this limbo. So we’re going to make a way.”

Red Cloud, a direct descendant from Wounded Knee — his great-grandmother was a survivor who then married into his tribe — was a key player in making the meeting with the museum board happen. He was contacted last month by his longtime friend Mia Feroleto, a journalist who asked him to come take a look at the museum’s collection and see if, given his position as a chief, he could begin the process of repatriation. 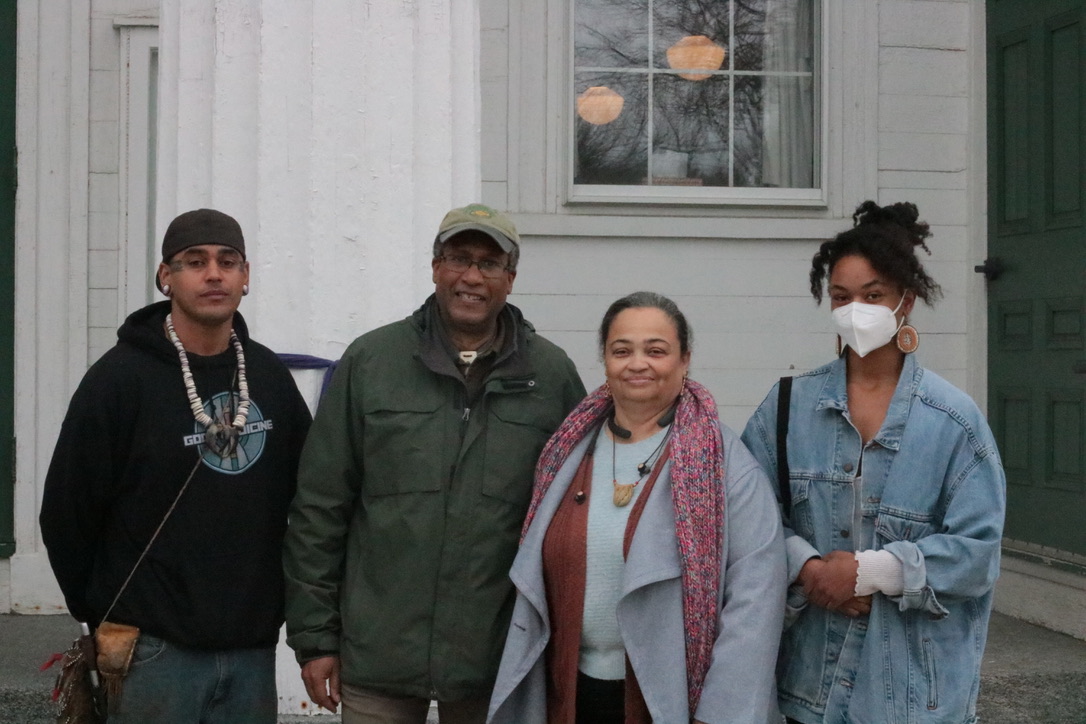 Representatives from the Nipmuc and the Mashpee Wampanoag tribes attended in solidarity.

Red Cloud presented his idea at a meeting between two factions of the Wounded Knee Survivors Association in South Dakota Apr. 2 — one group in Pine Ridge and one in Cheyenne River — and the descendants gave him their blessings to begin a conversation anew with museum board members.

The recent buzz caught the attention of Manny Iron Hawk, a Survivors Association member. He and Renee Iron Hawk also arrived in Barre on Apr. 6. Iron Hawk is a direct descendant: His grandfather’s mother was ten years old when the Calvary men ambushed her people.

“The scenario is this,” Iron Hawk told a packed house of more than 100 people after the meeting with the museum board. “You wake up in camp, and you can feel the tent’s air going out. You can see the clamoring of the tents moving. Something is about to happen. You see our men giving up their weapons, even our women. As soon as the shooting starts, Grandma grabs you by the hand and runs to the nearest ravine. And run, run, run, because the Calvary is going to come… hunt you down and kill you.”

That’s the story Iron Hawk’s mother would relay to her children. She’d cry every time, he said, which in turn would cause he and his siblings to cry. “That's the trauma that we have today,” he said. “Historical trauma.”

He hopes to stop the cycle for the next generation, and instead turn towards healing.

“We can't do that to our children,” he said. “We need to start healing. So this is a spiritual journey today… it’s been a long road.”

“It's about forgiveness, because I know we will not forget,” she said. “It's just not possible to forget.”

Asking around town finds that while certain residents are loosely aware of the Native American artifacts housed in their museum, the details of their history remain fuzzy. Some residents are quick to assert their innocence, stating that they’re new to town, or weren’t involved with the museum board in the past, or haven’t been involved with it for a while.

“I would say that most people don't even know that the artifacts are at the library, and the museum itself is only open a few times a year,” said Kathlyn Innman, a retired schoolteacher who has lived in Barre for close to half a century, and served as a town selectman from 2007 to 2016. The museum is located in the town library.

“I think the bottom line is: They’re just being cautious,” Innman says. “I just hope they're able to find out truly the authenticity of the artifacts, and take it from there.”

Those who are aware of the artifacts seem skeptical about two things: whether they’re real – since no paper trail exists for them – and asserting the “proper ownership” for their return.

Retired Massachusetts state Senator Stephen Brewer, perusing the local paper at the town library in a chandeliered room where his photo hung on the wall, said that his understanding was that museum officials didn’t want to get into a situation where the artifacts ended up for sale at the local flea market.

As part of the repatriation process, the museum will consult with several forensic anthropologists to determine the authenticity of the artifacts, though Red Cloud said he could judge their authenticity by looking at them.

“That’s why the research is going to be done, to verify that they are Northern Plains Tribes,” he said. “Because we as Natives can tell by the beadwork, the quillwork, the design… we can really tell which tribes they come from.”

After they’re able to verify their authenticity, the Wounded Knee Survivors Association will consult on how best to handle the returned items.

The association first asked the museum for their artifacts back in the early 90s, but were met with resistance. In 1993, the museum’s then curator told a New York Times reporter that she thought of the artifacts as artworks. "I'm sorry I didn't realize the significance of these things."

In 1999, another descendant from Wounded Knee, the late Leonard Little Finger of the Oglala Sioux Nation, asked the museum to return a lock of his great-great-grandfather’s hair.

The museum returned the scalp to Little Finger, according to a report from that year, after requiring him to seek proof from his tribal court that he was the legitimate direct descendant of Chief Big Foot, or Spotted Elk.

The Native American Graves Protection and Repatriation Act (NAGPRA), a 1990 federal law that requires all museums and institutions receiving federal funding to inventory and return any Native American human remains or funerary objects, doesn’t apply to the Barre Museum, since it doesn’t receive federal funding. 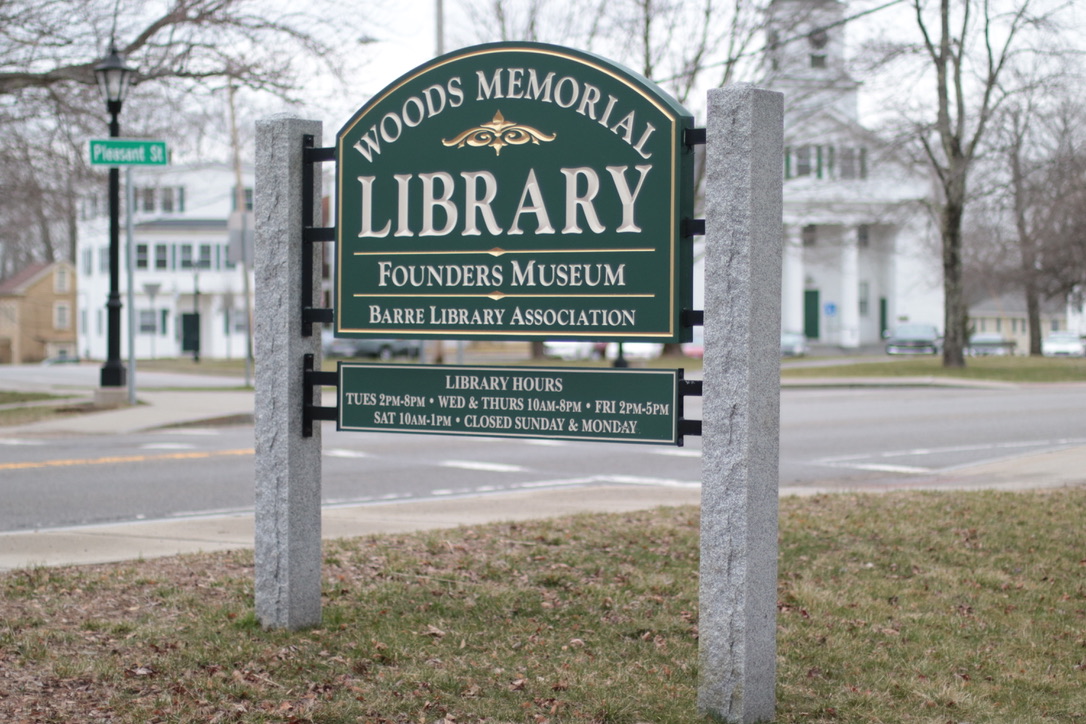 However, Red Cloud, Iron Hawk, and museum board representatives said they will use the law’s guidelines as a way to navigate a path forward.

In 2007, local tribes and Lakota representatives came together outside of the museum to demand their sacred items be returned. Joe Perrin, who owns a bed-and-breakfast in Barre, said he’d heard the drums banging from his neighboring property, then later read about it in the newspaper.  But without any public conversation since, he assumed the situation was resolved — “but I guess not!”

Museum board member Elizabeth Martin said it has tried to return some of the artifacts to the Lakota people in the past, but it’s not been clear which entity they belong to.

“We're just a very small group of people trying to figure out what to do. It gets very hard because there's competing groups of people who want things,” Martin told Native News Online. “There was one item that was repatriated about 20 years ago, and five or six items identified as culturally significant or sacred that were attempted to be repatriated, but that effort failed due to misunderstandings and competing interests.”

The board voted in 2019 to begin the process of returning the Wounded Knee collection, but COVID stalled that process, said member Maureen Marshall. It will reaffirm that vote at its annual meeting next week, she said.

She told Native News Online that she had been elected president of the Barre Library Association during the pandemic, and didn’t realize that it automatically made her a board member for the museum.

“I've sort of come to the dinner a little later than some people,” Marshall said. “And have a little more responsibility for moving forward than I had anticipated.”

She said that the museum’s objectives are “identical” to those of the tribes. The board’s next steps, she added, will be to consult with NAGPRA professionals at the Peabody Essex Museum in Salem, and to plan a strategy for obtaining money to begin the repatriation process.

Red Cloud recognized on Apr. 6 that the path might not be immediate.

“It can take a year, a year and a half,” he said, “But we want everything to be just right, and honor and respect the ancestors. We cannot go back in time to change things. What we can do is learn from it, embrace it, and get direction from it. That way we can all unite together as the humans that we are, we can walk forward together.”

The Barre Museum is open three times a year, by appointment only. Call 978-355-2289 to schedule an appointment.

Editor’s Note: Barre has a little-known place in American history: It was the home of Quock Walker, an escaped slave who in 1783 got his former owner convicted of assault after the judge ruled that slavery violated the state constitution’s guarantee of the right to liberty. It was one of two court cases in the 1780s that effectively ended slavery in Massachusetts.