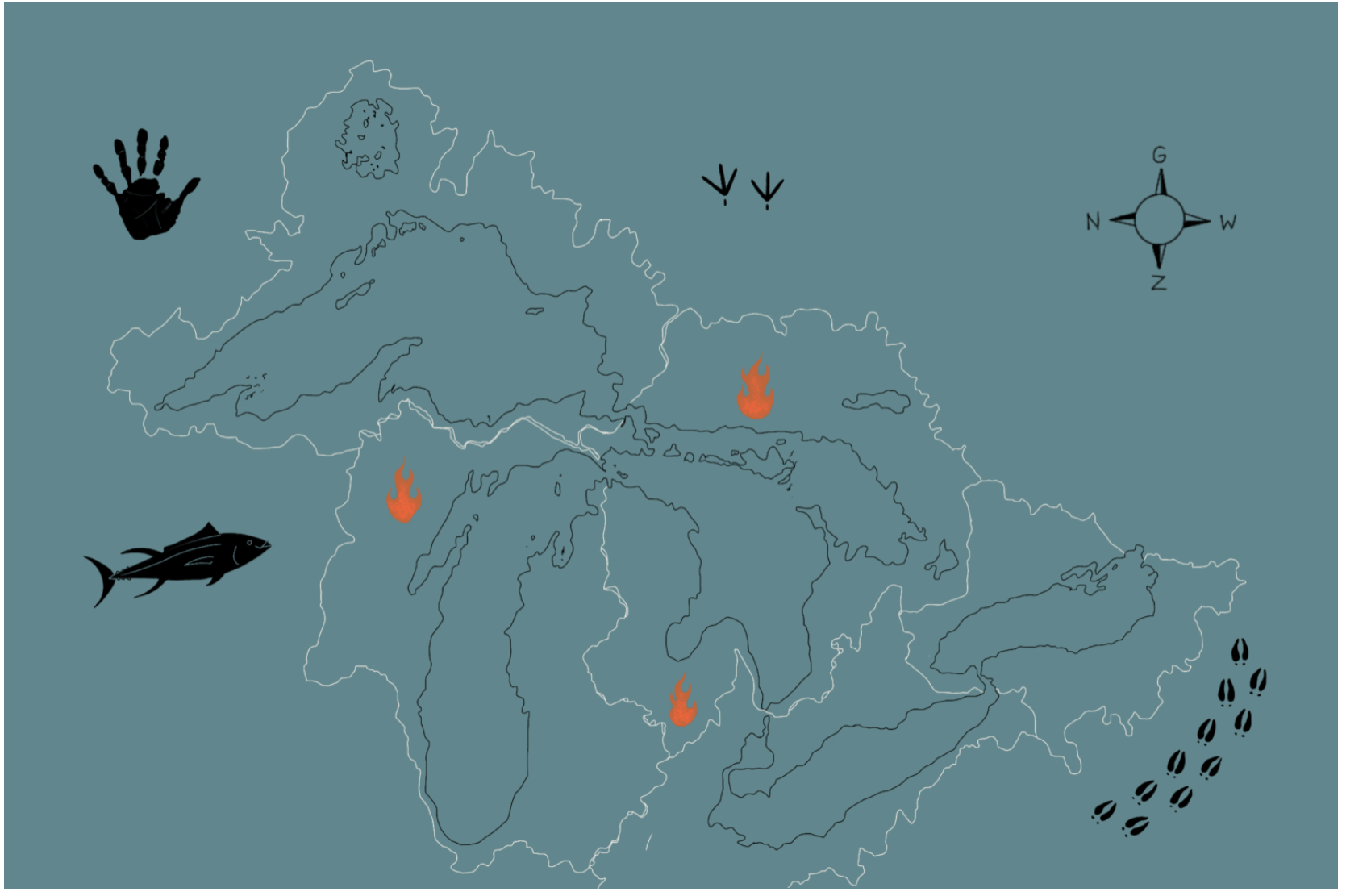 All across Turtle Island and the world, Steve DeRoy (Anishinaabe) is on a mission to train communities to decolonize their maps. Then, Indiginize them.

“Because mapping can be such a colonial tool for asserting power, I think the business of  decolonizing these processes is important,” DeRoy told Native News Online over video chat. “But once you decolonize it, what do you do with that space? You need to Indigenize it.”

DeRoy—a sundance chief and a cartographer by trade—co-founded a consulting group that provides research and training to Indigneous communities across Canada and beyond. In 2014, part of that training centered on mapping when he launched the first annual Indigenous Mapping Workshop to empower community members by teaching them how to use geospatial technology to help visualize their space and place.

From November 1-5, the Indigenous Mapping Workshop will host its seventh workshop. This is the second time it will be held virtually. Participants will learn technical skills, listen to speakers, and hear from panelists about applying skills in the field.

“Tangible outputs of this work are ensuring that Indigenous communities have access to these technologies,” DeRoy said. “That they have access to the training materials and the methodologies that can be applied. And really, it's a shift from an outsider's perspective of those spaces and places to more of the back space from an indigenous perspective. And it lets Indigenous communities be in the driver's seat to decide what gets put onto the map (and) what gets excluded from the map.”

In the past, workshop participants have mapped out climate shifts, traditional hunting grounds, connections to historic places on the land, and languages.

Anishinaabe descendants and founders of Ojibwe.net, Stacie Sheldon and Margaret Noodin, created the Inawe Mazina’igan Map Project (meaning map of our sound). Their interactive map depicts the Great Lakes Watershed and surrounding Anishinaabe (Ojibwe, Odawa, Bodwéwadmi) communities. The two co-presented their work at last year’s conference. The map “serves as a starting point for acknowledging old ideas and identities and it stands as a snapshot of the ever changing web in which we live,” their website reads.

Speakers at the upcoming event will include: Barry Ahenakew, (Ahtahkakoop First Nation) an elder who will speak about star knowledge; James Rattling Leaf (Rosebud Sioux), a developer who created the Group on Earth Observations (GEO) Indigenous Alliance, a program that protects the earth’s biodiversity by combining scientific observations and Indigenous knowledge; Moka Apiti (Maori) from New Zealand who works with Indigenous communities to help create cultural maps; and University of Arizona professor Melissa Nelson (Anishinaabe, Cree, Métis) who teaches on Indigenous sustainability.

DeRoy encourages all ages, backgrounds, and skill levels to register for the event, and said there’s no cap for applicants. All workshop attendees will be prompted to first apply for Indigenous Mapping Collective membership, which is free for Indigenous peoples, and comes with year-round support and community access.

“I just want everyone to map,” DeRoy closed with. “...What we're talking about are approaches and tools. If we actually help people...press the buttons and move the mouse, people can start to create their own maps and start telling their own stories. We want to encourage people on how to become more spatially literate. We want to see how communities can tell a story through maps.”

This story has been updated to note DeRoy's tribal affiliation and to clarify that while this is the 7th annual workshop, it is the 2nd to be held virtually.