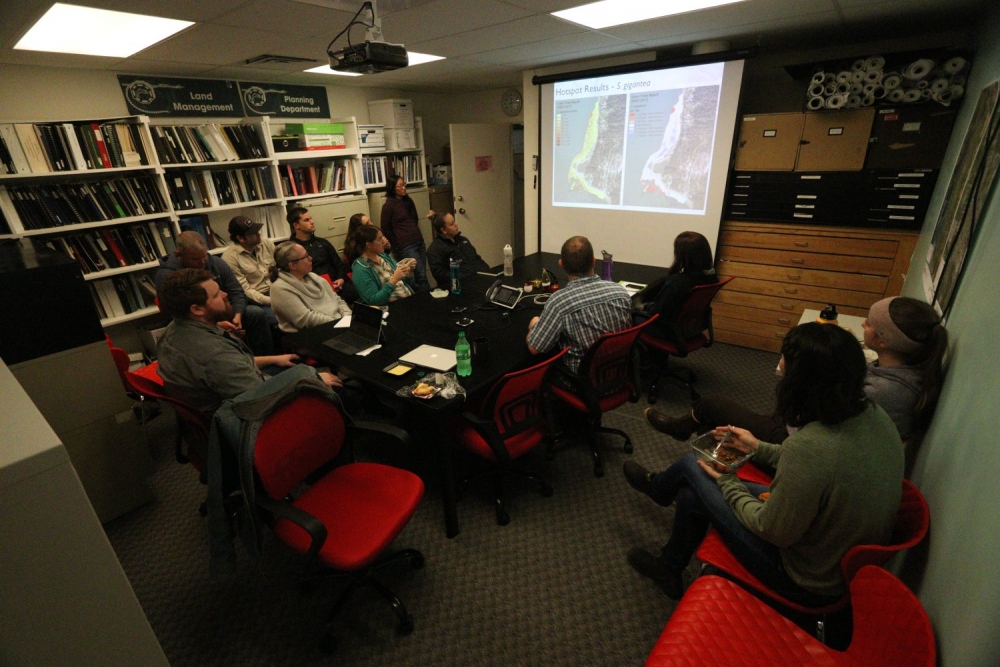 Teams of tribal members and scientists in the U.S. and Canada have scouted various locations that are ideal areas for shellfish, like clams, and other small marine life to nestle and flourish in what is referred to as clam gardens. The concept is to build rock walls near low tidemarks, which in turn traps sediment and sand to create terraces to cultivate intertidal ecosystems. These sanctuaries encourage sea creature growth and development in shallow coastal waters.

This knowledge of marine care was passed down through generations of Pacific Coast tribes, with the earliest rocky coastal remnants dating back 3,500 years on Quadra Island in British Columbia. The clam gardens were used as food production and food security for Indigenous populations. While not as widespread of a practice as it once was, many are finding its significance and relevance when it comes to combating the effects of climate change.

According to Encyclopedia of Puget Sound, a scientific guide to the Salish Sea ecosystem recovery, littleneck clams have declined over the past three decades in Swinomish territories. The Swinomish Reservation is located on the southeastern peninsula of Fidalgo Island in Washington state, which means ninety percent of the reservation is surrounded by water, and relies heavily on marine resources. Food scarcity has pushed the tribe to build out a long-term environmental action plan and studies to find sustainable options.

“We thought (clam gardening) was a great approach to address many of the concerns that the community had brought up,” said Swinomish Fisheries Department marine ecologist Courtney Greiner.

Parks Canada and the WSÁNEĊ and Hul'q'umi'num Nations explain the historical significance of clam gardens and what they are doing to restore them in the Southern Gulf Islands.

These types of gardening practices encourage marine growth by a “four-fold increase in abundance and nearly double the growth rate of native clam species” in comparison to unmanaged beaches.

Having years of research and field experience, Greiner and her colleagues were able to map out areas suitable for harvesting and worked with tribal members to avoid culturally significant or historic sites. The team was able to determine 15 potential clam garden sites.

In 2018, the Swinomish Indian Tribal Community in Washington state began the site selection process for the first known present-day clam garden in the US. The Coast Salish tribe partnered with Washington Sea Grant, a college program that offers educational and scientific resources to support interconnections between communities and marine life, to develop a model for clam gardening. The ongoing project is regularly maintained and assessed by members of the Fisheries Department.

Research sharing is key to the success of clam gardens. It builds cultural and scientific relationships among other tribes both in the US and Canada, as well as environmental researchers.

Clam Garden Network is comprised of a group of First Nations, researchers, academics and resource managers from Alaska, Washington state and coastal British Columbia, who are interested in the cultural and ecological importance of traditional clam management practices and features.

The interdisciplinary and cross-cultural network provides a space for sharing tools and data, research concepts and approaches and other resource materials.

In an interview with Medium earlier this year, Greiner commented that “tribes and First Nations are place-based, resource-dependent communities that have been living off the land and managing resources sustainably for millennia.”

“They have survived the booms and busts in resource abundance as the environment has changed around them by developing a robust portfolio of diverse management strategies based on reciprocity and stewardship. These strategies need to be supported and uplifted within Indigenous communities which are disproportionately impacted by climate change.”

In 2016, the Oxford University academic journal BioScience reported on the correlation between Indigenous ecological knowledge and the loss of language. For some Native communities, this loss of terminology and practices could hinder further understanding and management framework that relate to jeopardized ecosystems.

The article notes that “Indigenous scientific knowledge is in many ways complementary to—not contradictory or redundant with—academic science or citizen science. In fact, local taxonomies already bridge detailed place-based natural-history observations with moral dimensions and artistic, effective communication strategies that some biodiversity and climate scientists are now striving to encompass in their own work.”

For Swinomish, the revival of clam gardens is reliant on looking at the past, present and future. Working with cultural keepers and tribal elders has been quite beneficial in various ways and reinforced the need to keep mental, physical, social, and spiritual connections with marine life and the overall environment. After conferring with the community, the tribal staff identified six reoccurring themes and labeled them as Indigenous Health Indicators (IHIs) — natural resources security, cultural use, education, community connections, self-determination, and resilience.

Greiner said: “The practice of clam gardening includes human participation, which provides opportunities for community members to strengthen relationships with the tidelands and with each other. For this project, success is creating a space on the reservation where all of the IHIs are supported and promoted. And hopefully result in greater clam abundance.”

Repatriation Delays A Matter of Priorities, Not Funding, Experts Say
What is Ground Penetrating Radar, and How is it Used at the Sites of Former Indian Boarding Schools?
Tk’emlúps te Secwépemc Former Councillor Connie Leonard: ‘They Chose Us’
Tribal Leaders Weigh in on the Catholic Church's Effort to Engage over Indian Boarding Schools
Supreme Court Moves Review of State's McGirt Argument