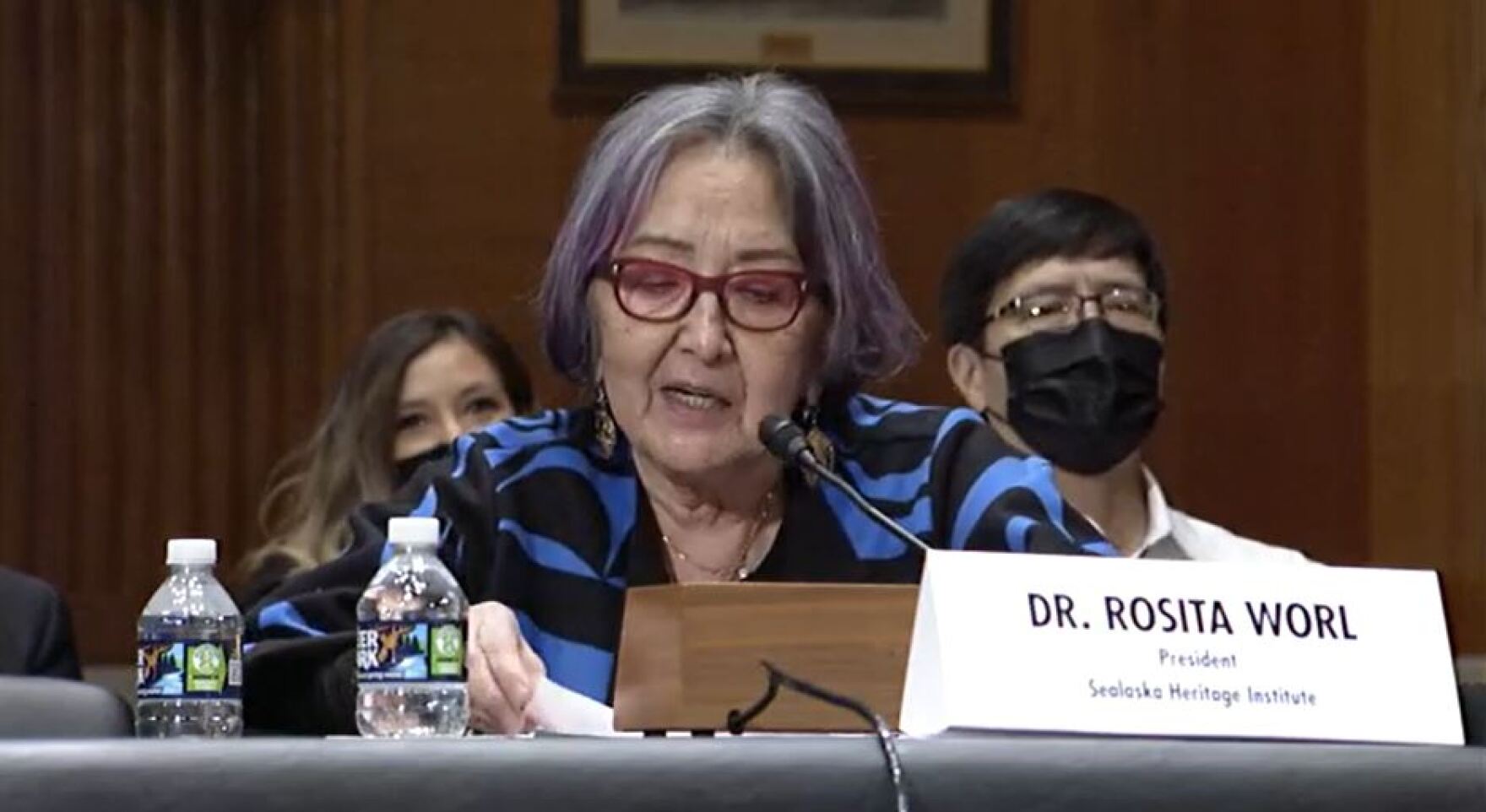 The 30-year-old Native American Graves Protection and Repatriation Act, or NAGPRA, was passed to give Tribes a legal avenue for the return of ancestral remains and some cultural objects. But many remains and objects remain in storage and collections of federal agencies and museums.

During a federal hearing on a 30-year-old law designed to give Indigenous tribes a path toward getting cultural items and ancestral remains returned to them – lawmakers learned how they could make that law better.

Rosita Worl has a Ph.D. in anthropology and served on a national NAGPRA review committee for 12 years. She told the U.S. Senate Committee on Indian Affairs that Tribes spend a lot of time trying to work their way through this process and it doesn’t always pay off.

“Tribes go to a great deal of efforts and expense to bring that case before the committee – a committee comprised of scientists, museum professionals and Tribal members  – without any guarantee that the committee's finding will be acted upon. Four, a discrete category of funding to support disputes and then increase Nagpal funding for tribes and museums,” said Worl, who testified in-person before the committee.

Worl is the executive director of Sealaska Heritage Institute, a Native nonprofit organization based in Juneau, Alaska, that promotes cultural diversity and cultures of the Tlingit, Haida and Tsimshian.

Worl also carries the Tlingit names of Yeidiklasókw and Kaaháni, and is of the Ch’áak’ (Eagle) moiety of the Shangukeidí (Thunderbird) Clan from the Kawdliyaayi Hít (House Lowered from the Sun) in Klukwan, Alaska.

Federally recognized Tribes in the Lower 48 can initiate claims. And for about 20 years, Alaska Native corporations were eligible as well, but that changed when the National Park Service declared them ineligible.

“In our region, repatriation claims came to all but a stop except for our one regional Tribe (Central Council of Tlingit and Haida Indian Tribes of Alaska),” Worl testified. “It's been a loss for us that we have not been able to continue this important work of seeking the returns of our sacred objects and our ancestors."

Other people who testified encouraged shifting oversight of NAGPRA to the Bureau of Indian Affairs. Currently, much of the work is handled by the Interior Department’s National Parks Service.

Joy Beasley is the associate director of Cultural Resources, Partnership and Science at the Interior Department.

“The Department of the Interior is aware of the inconsistencies with the way that the law is interpreted and applied across the United States, including among federal agencies,” Beasley said. “We believe that the proposed regulatory changes will go a long ways towards clarifying the roles and responsibilities of federal agencies, as well as clarifying the timelines and the other requirements.”

The Interior Department hired a full-time employee to investigate NAGPRA claims and violations of the law in late January.

In addition to better oversight, some federal officials say there should be more funding available too. From 1990 to 2020, about $50 million dollars have been awarded to help with repatriation efforts.

Anna Maria Ortiz is the director of Natural Resources and Environment at the U.S. Government Accountability Office. That office made several recommendations to improve NAGPRA in 2010.

“One of our recommendations was that agencies really figure out what they needed to do to implement the act properly and develop timelines for doing so,” she said.

Ortiz said they got estimates from some federal departments that it could take decades and millions of dollars to go through all of their collections and figure out what they have that could be given back to Tribes.

“In many cases, agencies estimated that it would cost hundreds of thousands or even millions more than they currently had appropriated to implement the act effectively.”

One of the key contested points of the recommended changes to NAGPRA is how long it takes to consult with Tribes after an artifact or remains are discovered.

Worl says affected Tribes should be contacted immediately – within 3 days – and not later after an agency performs its own inquiries and studies.

“We really need an assessment and coming up with some measures as how we could better work together on this and are consulting and informing Tribal members immediately upon the discovery of any kind of human remains that must remain in place,” Worl said. “We need to make sure that we, the Tribes are there right away and that we have a say in any kind of inadvertent discoveries.”

In addition to the revisions to NAGPRA under consideration, another bill would make it illegal to export Native American cultural items without proper authorization. The Safeguard Tribal Objects of Patrimony Act (S. 1471) is currently in the Senate Committee on Indian Affairs.