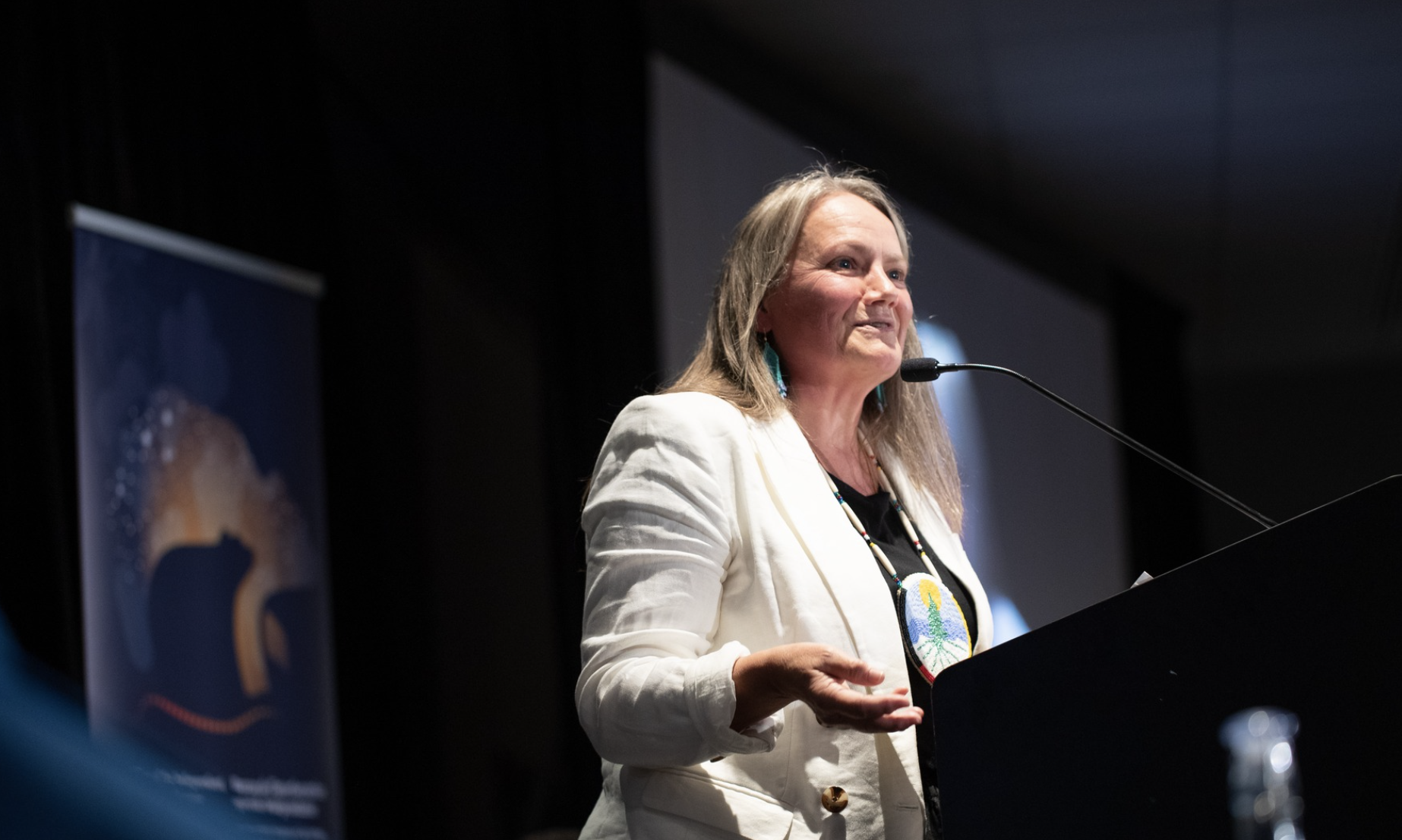 This week, a group of Indigenous survivors, First Nations leaders, Canadian government officials, and church representatives gathered in Edmonton, Alberta, for the first national discussion on unmarked burials and the recovery of missing children from Indian residential schools.

The two-day event, which concluded today, was hosted by Kimberly Murray, who was appointed Independent Special Interlocutor for Missing Children and Unmarked Graves and Burial Sites associated with Indian Residential Schools in June 2022. The new position was created by the Canadian government in response to Indigenous leaders' requests and the increasing discoveries of burial sites throughout the country.

More than 150,000 First Nations, Métis and Inuit children were forced to attend government-funded residential schools in Canada between the 1870s and 1997. Many never came home.

Since May of 2021, the remains of 1,400 Indigenous children have been found in unmarked graves at the grounds of former residential schools across Canada, including 215 in Kamloops, 182 in Cranbrook, and more than 160 on Penelakut Island — all in British Columbia — and 751 in Marieval, Saskatchewan.

Over the next two years, Murray, a citizen of the Kanehsatake Mohawk Nation, will work with Indigenous communities to develop interim and final reports on the best treatment for unmarked graves and burial sites left over from the residential school system era. Her mandate also requires she deliver recommendations to the federal Minister of Justice and Attorney General of Canada by June 13, 2024. The position is attached to a proposed budget of $10.4 million over two years.

"I am committed to supporting the work of survivors and Indigenous communities to protect, locate, identify, repatriate, and commemorate the children who died while being forced to attend Indian Residential Schools," Murray said in a statement at the time of her appointment. "I pledge to do this work using my heart and my mind in a way that honours the memories of the children who never made it home."

On Tuesday, Murray began the first national discussion by introducing a chair to represent the missing children from the Indian residential school era. This chair will be at each national gathering on unmarked graves that Murray hosts over the next two years, she said.

Events at the Alberta gathering included breakout sessions and morning presentations by experts and community representatives on efforts to recover the missing children. Afternoon sessions—including recaps of the mornings—were live streamed and included summarized reports of breakout sessions, as well as government and church panels on how the respective entities are supporting the recovery efforts.

One journalist in attendance, Tanya Talaga, recounted a breakout session with three Indigenous leaders on what records exist, where they are located, and how a First Nations community can access them.

Talaga said some Nations, such as Saddle Lake Cree Nation, formed a reconciliation partnership with the Catholic Church to gain access to their residential school records.

"Why is this a good idea?" Talaga said. "It is important to note that the Catholic Church is not compelled or required to provide records. Each archdiocese makes that decision, and you need those records to conduct your investigations."

Other breakout sessions included information on technology to locate unmarked gravesites and how it works.