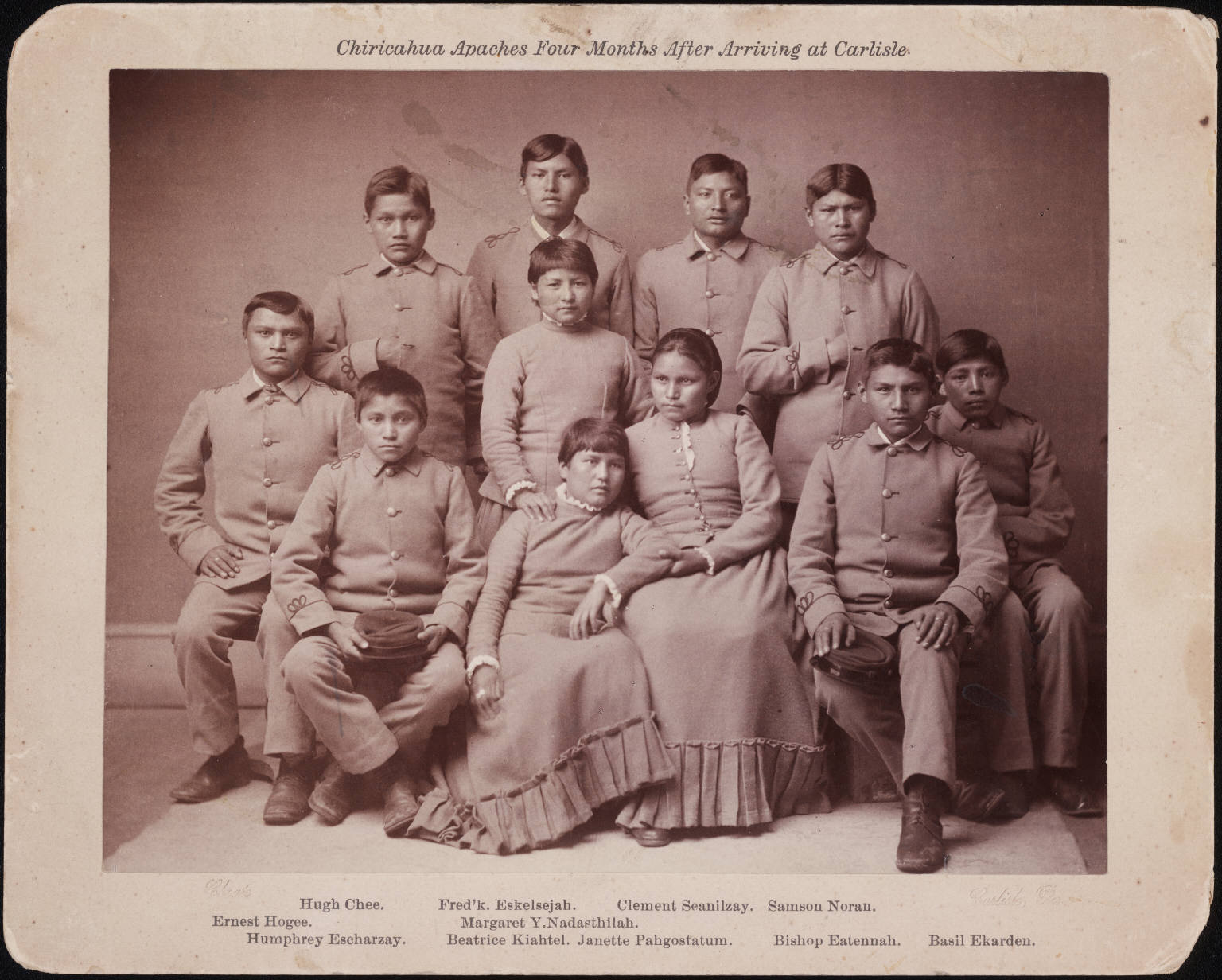 The Department of the Interior on Tuesday said it was bolstering its Federal Indian Boarding School Initiative by partnering with the group that’s been at the same goal for nearly ten years: the National Native American Boarding School Healing Coalition (NABS).

The two groups signed a Memorandum of Understanding outlining each of their expected responsibilities.

In June, Secretary Haaland announced the Federal Boarding School Initiative, directing her department to identify boarding school facilities and examine potential burial sites near the schools, as well as the identities and tribal affiliations of the students who were taken to the schools. The initiative was prompted by the discovery of the remains of 215 children at the Kamloops Indian Residential School in British Columbia, Canada, according to the Interior Department.

The initiative will amount to a report, prepared by Assistant Secretary Bryan Newland, by April 1, 2022.

Though the Department has mentioned collaborating with relevant organizations all along, the announcement on Tuesday marks their first official working relationship.

In the signed memorandum of understanding, NABS CEO Christine Diindiisi McCleave (Citizen of the Turtle Mountain Ojibwe Nation) agreed to exclusively license the Department to use their historical research “without restriction” (for example, NABS is the only organization with a count on how many Indian Boarding Schools were and continue to be in operation).

“The survivors, descendants, and relatives of those who experienced these schools deserve the truth. NABS has agreed to share a decade’s worth of independent research because the United States has finally agreed to start revealing the truth abo{ut this part of American history,” McCleave said in a statement.

In a statement, McCleave said her organization looks forward to working with the Department of the Interior to finally get information to the survivors, descendants, and relatives who experienced the boarding schools.

The scope of authority of the Department of the Interior is limited, NABS noted in their own press release, petitioning for the passage of legislation that would empower a Truth and Healing Commission to investigate all federal agencies, churches that operated schools, and private enterprises that benefitted from child labor.

The Department is still in phase one of the initiative, which includes identifying and collecting records formerly kept by the same department on the schools, and consulting with tribal nations, Alaska Native corporations and Native Hawaiian organizations on their own known burial sites.