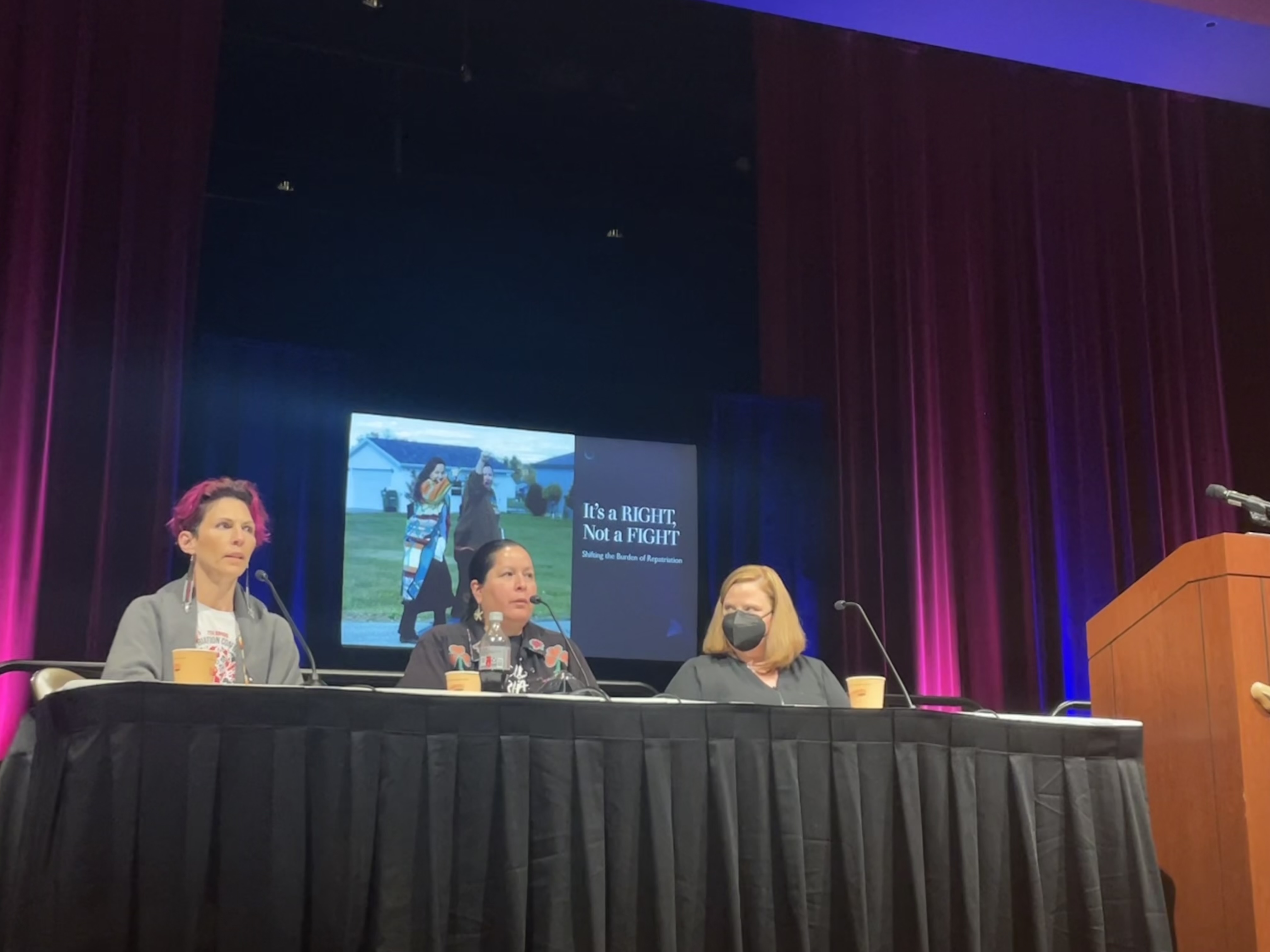 Today, the Federal Register published a proposed rule to rewrite the Native American Graves Protection and Repatriation Act (NAGPRA) in order to expedite and simplify the process for tribal nations seeking their relatives’ return.

Passed by Congress in 1990, NAGPRA is a human rights law that legally compels museums and federal institutions that possess Native American human remains and associated funerary objects to catalog and return those ancestors and belongings within five years.

Since 1995, museums have reported a collection of more than 208,000 human remains. But in the past 32 years, not even half have been returned. Today, institutions still hold roughly 108,000 human remains, according to the government’s database, in large part because of a loophole in the law.

The majority of human remains in institutions today have been deemed “culturally unidentifiable” by the institutions that hold them. The law gives the museums decision-making authority to determine kinship and cultural affiliation, and to therefore—in many cases—reject tribal evidence of oral history, geographic affiliation to the area where remains were unearthed, and other traditional knowledge.

The newly proposed rule-making “is an attempt to reset the process, really, how Congress initially intended it to work,” said Melanie O’Brien, manager of the National NAGPRA Program that’s responsible for administering the Act on behalf of the Secretary of the Interior. O’Brien spoke at a repatriation conference panel held by the Association on American Indian Affairs (AAIA) in New Buffalo, Michigan, on Oct 11.

The proposed rule changes follow extensive tribal consultation over the past year. Assistant Secretary of the Interior Bryan Newland (Bay Mills Community) and Shannon Estenoz, assistant secretary for Fish and Wildlife and Parks led initial consultation on the draft proposal with 71 Native Nations in summer of 2021, and received more than 700 specific comments on the proposed changes.

In a panel discussion on Wednesday at the AAIA repatriation conference, O’Brien outlined the three key changes that tribal nations have called for:

Proposed changes to the law would require museums and federal agencies to update their inventory within roughly two years of the law’s passage. It would also require museums to initiate consultation with a tribe to determine if there is a known lineal descendant or a connection between the human remains and associated funerary objects and Native tribes with geographic affiliation to the area where the ancestor or items were unearthed.

Instead, tribes suggested DOI use the term “geographic affiliation” that acknowledges a connection to present day tribes through their traditional land base. According to the Department of the Interior’s data, 90% of all human remains in museum’s collections labeled ‘culturally unidentifiable’ have records that show where the ancestors originally came from, “at least by state, if not by specific county or site,” O’Brien previously told Native News Online.

“What the revisions do is say that a museum has to make updates in two years, and publish a notice six months later,” O’Brien said.  “So that all of the human remains that come from known geographic locations would be available for tribes to request repatriation. There's no timeline or schedule for the tribes to make those requests. That would be dependent on the tribes.”

Overall, O’Brien said, the proposed NAGPRA rewrite is an attempt to reset the process to work as Congress initially intended it to work.

“So that's what we're trying to get back to, where museums and federal agencies are required to pull together their information, identify who has a right to those collections by publishing a notice, and then allow for tribes to come forward and make requests. [Then] Indian tribes and [Native Hawaiian Organizations] can, at their discretion, make a request to consult and a request for repatriation.”

A final rule will likely be published at some point in 2023, and will take 30 days to become law. At that point museums and institutions would need to begin initiating consultation. Within two years, they would need to update their inventories and submit to the government an updated inventory that identifies both cultural and geographical affiliation to all Native American human remains and associated objects.

The public can comment on the proposed rule until Jan. 12, 2023, at www.regulations.gov.

AAIA Chief Executive Shannon O’Loughlin (Choctaw Nation of Oklahoma) assured tribal participants at the conference in real time that her organization would pore over each word of the proposed document, offer its opinion and invite discussion.

“Here at the Association on American Indian Affairs, you're going to be hearing from us,” O’Loughlin told a room full of conference participants on Wednesday. “And we're going to be asking your institutions to help support tribal nations and the shifting of the burden that new regulations can give us.”