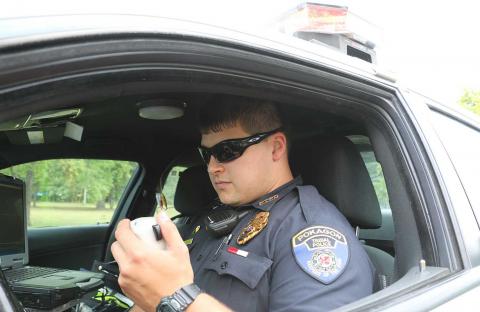 The BADGES Act is part of a comprehensive group of bills Cortez Masto has championed in the Senate to support Native Americans. She led passage of the bipartisan Not Invisible Act and Savanna’s Act to help address the epidemic of missing, murdered, and trafficked Indigenous women and has repeatedly advocated for additional federal funding to help Tribal communities combat violence.

“For too long, Indian Country has experienced barriers to justice because law enforcement agencies don’t have what they need,” Cortez Masto said in a statement. “That’s unacceptable, and this bill will help support law enforcement and make sure that crimes can be prosecuted and offenders brought to justice.”

The federal government has failed to provide Indian Country the resources needed to ensure public safety and support Tribal law enforcement agencies, Gallego said in a statement. “In the aftermath of the Oklahoma v. Castro-Huerta decision, finding solutions that support Tribal justice systems is more important than ever.”

Tribal members suffer the consequences of inadequate law enforcement staffing, resources and coordination among agencies “far too often,” according to Rep. Cole, co-chair of the Congressional Native American Caucus and member of the Chickasaw Nation of Oklahoma.

“I am proud to join my colleagues in reintroducing this legislation that addresses these barriers and aims to make Native American communities safer by streamlining federal criminal database coordination and collecting essential information relating to law enforcement needs.”

Rep. Davids, a member of the Ho Chunk Nation and co-chair of the Native American Caucus, said the BADGES Act would help remove barriers that stand in the way of addressing violence against tribal communities. “Improving coordination between federal, state, and tribal law enforcement agencies is vital to addressing critical data gaps and increasing public safety of all tribal populations.”

The BADGES for Native Communities Act includes provisions to do the following:

The legislation is endorsed by the National Indigenous Women’s Resource Center, Coalition to Stop Violence Against Native Women, the Seattle Indian Health Board, Amnesty International, National Council of Urban Indian Health, and National Congress of American Indians, according to a statement from Cortez Masto’s office.