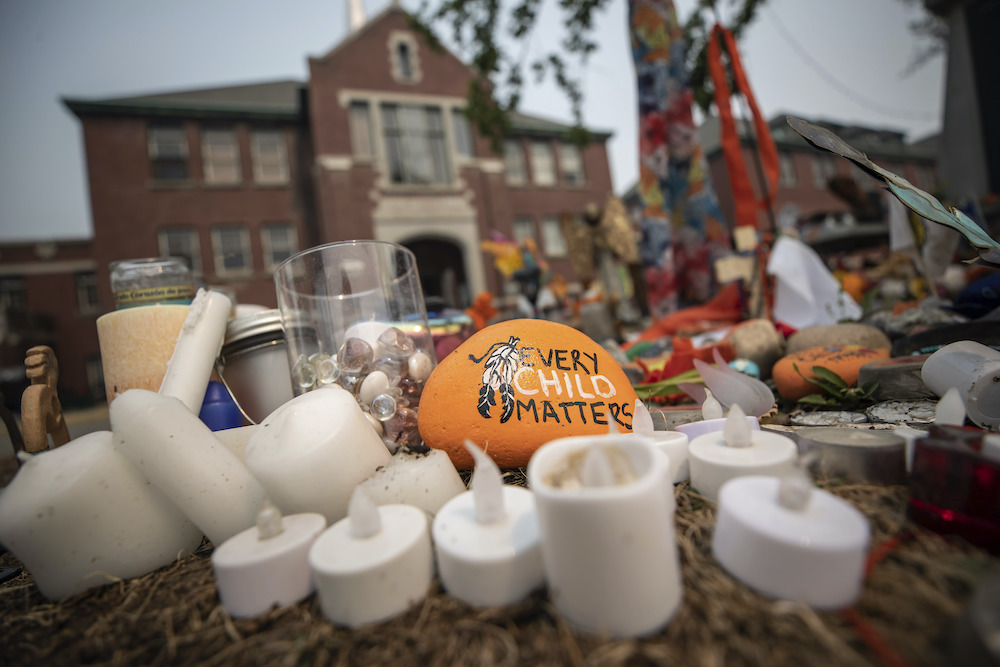 The Catholic Bishops of Canada are owning up to “grave abuses” committed by the church during the Indian Residential School period, a move that sets the stage for the United States to follow suit.

“Many Catholic religious communities and dioceses participated in this system, which led to the suppression of Indigenous languages, culture and spirituality, failing to respect the rich history, traditions and wisdom of Indigenous Peoples,” the Catholic Bishops of Canada wrote in a formal letter of apology on Friday.

“We acknowledge the grave abuses that were committed by some members of our Catholic community; physical, psychological, emotional, spiritual, cultural, and sexual.”

Between the late 1800s and 1996, First Nations, Métis and Inuit children were forcibly removed from their families to attend residential schools where they were often physically and sexually abused, according to testimony from residential school survivors taken by Canada’s Truth and Reconciliation Commission between 2007 and 2015. The Catholic Church ran more than 150 residential schools for Indigenous children in Canada.

In their letter, the Canadian Catholic bishops pledged to fundraise across the country to support initiatives chosen locally by Indigneous partners, and to make records public “that will assist in the memorialization of those buried in unmarked graves.”

Now, for Indian Boarding School survivors south of the Canadian border, the question remains: will Catholic Bishops in the United States do the same?

“I think now that the Canadian bishops have apologized, that opens the door for the US Catholic Bishops Conference to start their own process that might lead towards an apology,” he said.

In May, the history and present day realities of Indian and Residential Boarding Schools in the US and Canada gained international visibility and momentum when an unmarked gravesite containing at least 215 remains of Native youth was uncovered at a former residential school in British Columbia.

The move prompted statements from Canadian Prime Minister Justin Trudeau and Pope Francis, and caused the US to launch a federal initiative to investigate its own history.

In the United States, there were twice the number of Indian Boarding Schools aimed at “assimilating” Indigenous youth than there were in Canada.

Of the denominations responsible for operating those schools in the US,  the Catholic Church played an outsized role, running at least 80 of more than 400 schools, according to the latest count from Native American Boarding School Healing Coalition’s former president Denise Lajimodiere.

While some individual religious orders—including the Jesuits— have apologized for their role in what is now considered cultural genocide against Indigneous people, Black Elk said that the US Catholic Bishops have likely been waiting for their Canadian counterparts to speak out first.

“At the time, it was still very much that the focus on Canada was the news momentum, so the US felt like this is an issue Canada has to deal with, and not us yet,” he said. “But I think ultimately with the attention increasing in the United States on this issue…(and) now that the Canadian Bishops have apologized, that just gives permission for the US to start their own journey.”

The highest levels of the Catholic Church have never formally recognized its abuse and mistreatment of Native children.

In June, Pope Francis sidestepped culpability on behalf of the Catholic Church when he expressed “sorrow” about “the shocking discovery” out of Kamloops, but offered no apology. In response, a Canadian delegation of residential school survivors and youth is slated to travel to Italy to meet with Pope Francis this upcoming December. Maka expects the meeting will result in a formal apology.

“The feeling right now...among those who are hopeful for a papal apology is that now that the Canadian bishops have formally apologized, that this opens the door for the pope to do the same,” he said.

As for the importance of an apology, Native leaders said the acknowledgement by the Canadian bishops is an “incredibly important” first step.

“I think this is a key opportunity for U.S. Catholic Bishops to take meaningful action towards boarding school truth and healing such as locating and sharing their boarding school records, giving a full accounting of their involvement in genocide, and following through on repentance and atonement,” McCleave said in a statement to Native News Online.

“It’s an admission,” Maka said. “An admission is step one, just admitting that there was a wrong. But now you have to do the work to repair that harm.”

Native News Online reached out to the United States Conference of Catholic Bishops, which did not respond to requests for comment.