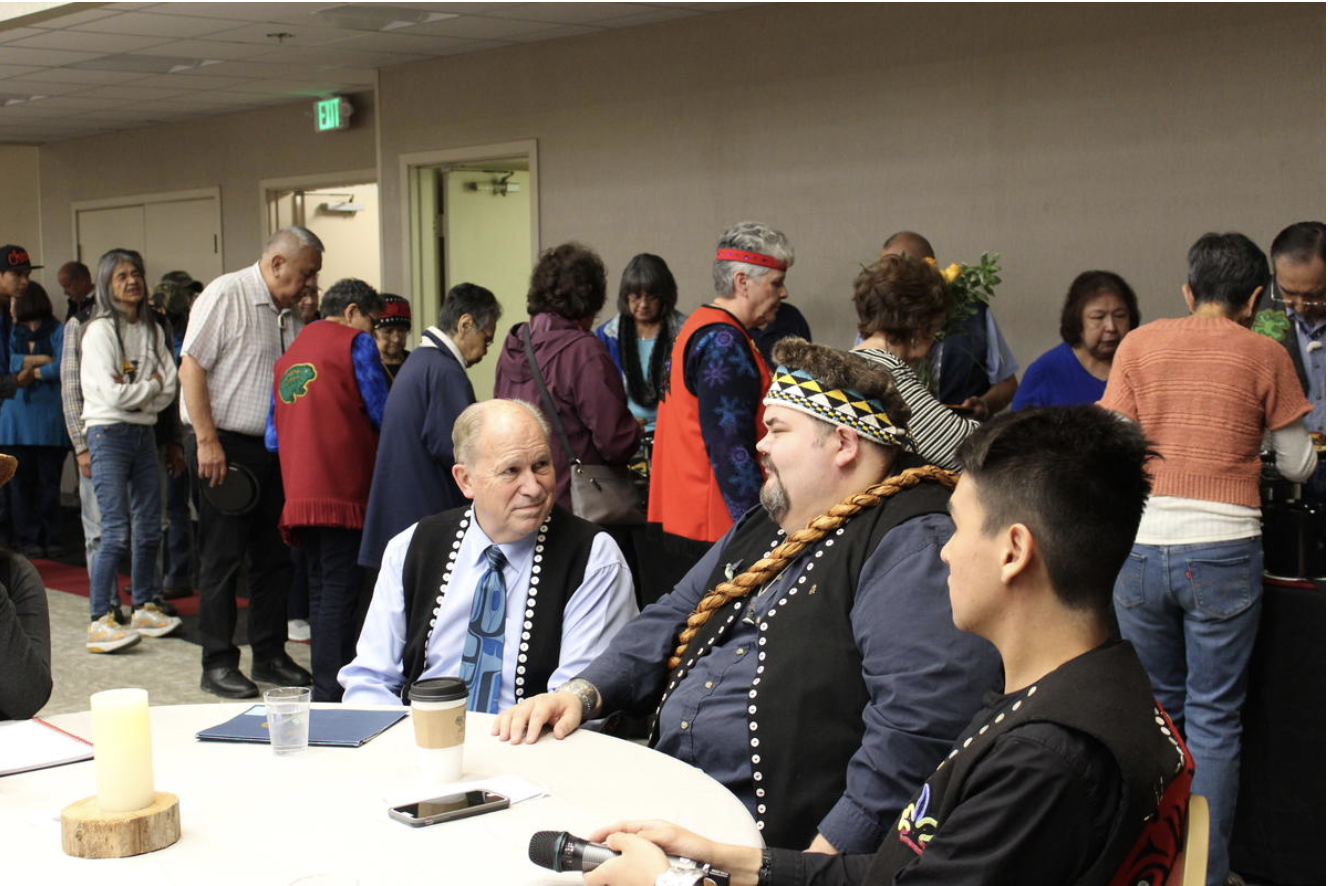 This story was originally published by KNBA on December 15, 2021. Read the original story at KNBA. Republished by Native News Online with permission.

At this year’s Alaska Federation of Natives convention, sponsors of a ballot initiative took the opportunity to say their piece on why Tribal recognition in the state is long overdue.

Multiple attempts to pass a bill through the Legislature have been unsuccessful. This year, a Tribal recognition bill was passed in the House but never went to a vote in the Senate.

Chalyee Éesh Richard Peterson is the president of the Central Council of the Tlingit and Haida Indian Tribes of Alaska. He’s also one of the initiative’s sponsors.

“A bill that did come forward from Rep. Tiffany Zulkosky to recognize Tribes couldn’t make it because they were unable to really just get their business done,” Peterson said. “We thought it was better to just, let’s put this in the hands of the people.”

The initiative wouldn’t give Tribes any new powers because they are inherently sovereign. Instead, the initiative aims to have the state acknowledge that sovereignty.

Co-sponsor La quen náay Liz Medicine Crow said the relationship between the state and Tribes needs to be solidified into law — otherwise Tribes are caught in the middle of the politics of the current administration.

“The state of Alaska has too often used our Native communities and our Tribes as a political hot potato,” Medicine Crow said.

The state and Alaska Native Tribes already work together in a government-to-government capacity with Tribal compacts.

The state has a compact in child welfare that allows Tribes to take charge in providing their own child welfare services. And earlier during the AFN conference, Gov. Mike Dunleavey spoke about creating Tribal compacts in education.

“I was very excited to hear that Governor Dunleavy is supportive of a government-to-government relationship with Tribes,” Medicine Crow said. “That’s what this ballot initiative concretes and puts into law, we need to have that in order so that it is not just formal, but it is forever.”

To make it on next year’s ballot, the initiative needs over 36,000 signatures within a year after being approved. Two months in, over a third of those signatures have already been gathered.

Donate
Free Newsletter
About The Author
Author: Lyndsey Brollini - KTOOEmail: This email address is being protected from spambots. You need JavaScript enabled to view it.
Breaking News