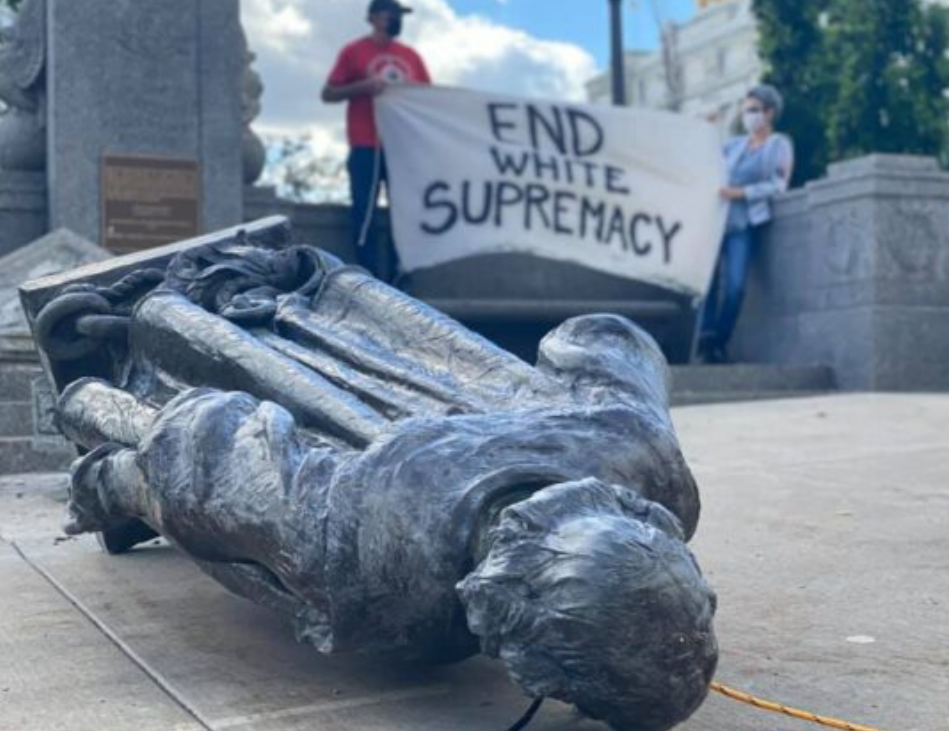 Opinion. Last week, President Joe Biden issued the first-ever White House proclamation designating Monday, October 11 as Indigenous Peoples’ Day across the United States. In his proclamation, the president recognized the obligation the United States government has to live up to fulfill its trust and treaty responsibilities and admitted centuries of failure.

“Our country was conceived on a promise of equality and opportunity for all people — a promise that, despite the extraordinary progress we have made through the years, we have never fully lived up to,” Biden said. “That is especially true when it comes to upholding the rights and dignity of the Indigenous people who were here long before colonization of the Americas began.”

What a difference a year — and a new presidential administration — makes.

Trump wrote in his proclamation: “Sadly, in recent years, radical activists have sought to undermine Christopher Columbus' legacy. These extremists seek to replace discussion of his vast contributions with talk of failings, his discoveries with atrocities, and his achievements with transgressions. Rather than learn from our history, this radical ideology and its adherents seek to revise it, deprive it of any splendor, and mark it as inherently sinister.”

Of course, Trump’s reference to “radical activists” was actually a reference to Native Americans who spoke the truth about the lost plunderer who never actually set foot in North America.

If that’s the definition of radical activists, then I guess I am one. For years, as a member of the Grand Valley State University’s Native American Advisory Council, I have either moderated or participated in panel discussions that attempted to educate mostly non-Native students about why Native Americans don’t consider Christopher Columbus a hero.

As I said, what a difference a year and a new presidential administration makes.

At the mid-point of this past week, I realized I have spent more time actually talking about Indigenous Peoples’ Day this year than about Columbus Day. The idea Indigenous Peoples’ Day has taken over my thoughts and conversation is gratifying to me because it demonstrates movement in the way the country thinks about Native people. Then, when I opened my email from the White House and read President Biden’s proclamation, I knew a major shift had taken place.

It is especially gratifying in a year Indian Country has dealt with the renewed awareness of the Indian boarding school era after the remains of 215 children were discovered in a mass grave at the Kamloops Indian Residential School. The disclosure shook the world, both in Indian Country and beyond, prompting Interior Secretary Deb Haaland (Laguna Pueblo), the first Native American presidential cabinet member in a secretarial role, to establish a Federal Indian Boarding School Initiative in the United States.

Even with the hurts and truths already uncovered about the Indian boarding school era, Indian Country remains resilient. Earlier this week, our newsroom’s Indigenous writers wrote their reflections on Indigenous Peoples’ Day and the importance of their work as Indigenous writers.

“Many Indigenous stories, however, are still being suppressed and misrepresented by non-Native news outlets…At times, it feels like a never-ending cycle of injustice, but hope is hard to kill,” writes Monica Whitepigeon, a Native News Online contributing writer.

The last phrase, “hope is hard to kill,” made me pause to reflect on how powerful the word “hope” has been for Indian Country. Even with the attempt by non-Natives to commit genocide through wars and a “kill the Indian, save the man” philosophy, we have survived as Indigenous people.

Then, in a prelude to Indigenous Peoples’ Day weekend, there was a ceremony in the White House Rose Garden Friday afternoon. Interior Secretary Deb Haaland stood at the podium wearing her tribal regalia, turquoise jewelry and moccasins, choking up as she introduced the president of the United States, who would sign proclamations that will restore the original boundaries of Bears Ears, Grand Staircase-Escalante and Northeast Canyons, and Seamounts National Monuments, undoing Trump’s actions that exposed them to oil and mining exploration.

What a difference a year and a presidential administration makes.

Pride came over me as I watched the President Biden, surrounded by Secretary Haaland and several tribal leaders, sign the proclamations.

Going into Monday, I feel ready to celebrate Indigenous Peoples’ Day with a renewed vigor, realizing we still have much work to do to improve the lives of Indigenous people across Indian Country.

And I am glad I don’t have to talk about  — or think about — Columbus very much this year.

Driving 98 Miles to Vote Is  Un-American, Yet Some Native Americans are Expected to Do Just That
Free Phoenix Newspaper Subscription Available to Cherokees
NATIVE VOTER SURVEY: What Issues Matter Matter Most to You?
Permitting Reform Chooses the Fossil Fuel Industry Over Tribal Sovereignty
Cherokee Artist Recovery Act: A “New Deal” for Cherokee Creativity