Illegal Drug Usage is a Crisis in Indian Country. Now is the Time to Act. 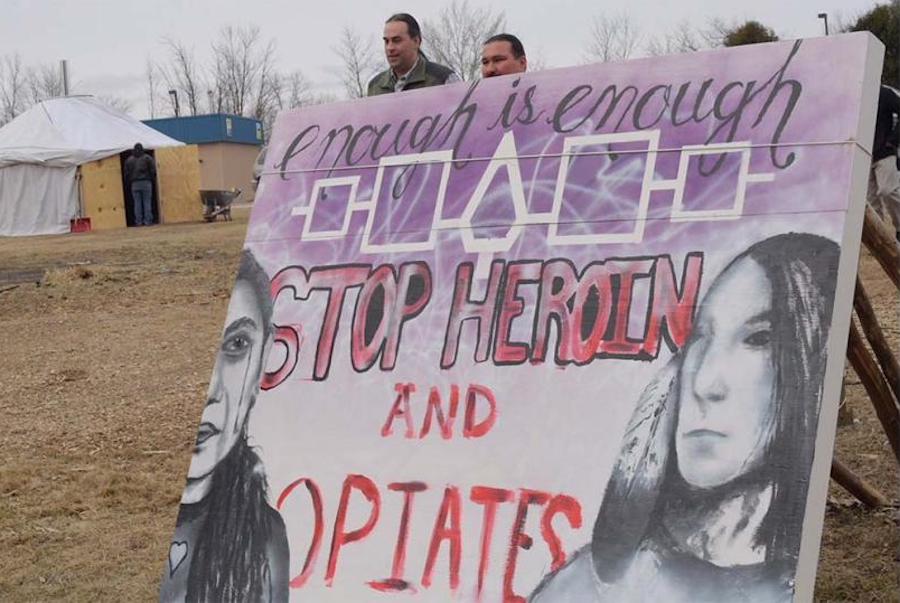 Opinion. The end of this month marks International Overdose Awareness Day. Each year on August 31, the day is recognized globally to bring focus to prescription opioid overdose risk and preventing drug-related harm.

Unfortunately, we don’t have to leave Indian Country to see the severe damage drugs are wreaking on our tribal communities. Even with unprecedented opportunities available to Indian Country — a resurgence of our Indigenous culture, historic levels of federal funding and several universities offering tuition waivers for Native students — drugs serve as a major threat to progress and well-being in Indian Country.

At the recent summer meeting of the Midwest Alliance of Sovereign Tribes (MAST), there was a time slot on the agenda for a roundtable discussion with tribal leaders from Michigan, Wisconsin, Minnesota, and Iowa. The notion behind the roundtable was to give leaders an open forum to talk about what is happening within their tribes and to voice their concerns.

Biron described how the tribe established a “Take Back Our Community Campaign” last Friday, July 22, 2022. The following Monday, the tribal council passed a resolution to “exclude any non-LVD member from the lands of the Band who is identified as, or comes to be known, as a known drug dealer/user or who is otherwise excluded from any Tribal business now, or in the future, for drug-related activity…”

Biron discussed the complexity of banishing drug dealers from tribal housing because tribal members are married to non-tribal citizens who are dealing drugs. Other tribal leaders discussed drug overdoses from methamphetamine, fentanyl, and other drugs.

On the next day of the MAST meeting, drugs dominated the discussion once again during a regional Indian Health Service presentation. Michael J. Decorah, St. Croix Chippewa of Wisconsin’s senior intergovernmental affairs specialist, spoke of losing a nephew to a drug overdose. He said another relative, who was with his nephew at the time of his death, is now serving time for supplying the drugs.

“Our families don’t only lose the one who overdosed, but we lose because those who are caught supplying the drugs end up in jail,” Decorah said.

Native Americans are only a small part of the overall population of the United States, yet our rates of substance abuse are much higher compared to other racial and ethnic groups, according to the American Addiction Centers (AAC).

With the exception of gang violence, Native Americans have been afflicted with many of these social ills for decades — for some of these ills, it has been centuries.

One sliver of good news that comes out of the rising drug crisis in Indian Country is that tribal leaders are now willing to talk about the issue.

To combat drug abuse in tribal communities, there needs to be a message of hope that reaches everyday Indians and Native American families. The campaign cannot consist of mere words. Those who were alive in the 1980s may remember then First Lady Nancy Reagan’s “Just Say No” anti-drug marketing program. They may also remember that it didn’t work. It relied on total abstinence and heavy law enforcement. Putting people in jail for drugs may seem like a nice fix, but it ultimately works to destroy the fabric families within our tribal communities.

Our Native American youth must be able to live their futures. In order to do that, they have to see hope from the opportunities now available to them.

The theme of this year’s International Overdose Awareness Day is “Time to Remember. Time to Act.”

It is time for Indian Country to act by establishing a message of hope for the future for our tribal communities. Drug usage is not the answer.