For Indian Country, Now Is Not The Time To Be Apolitical 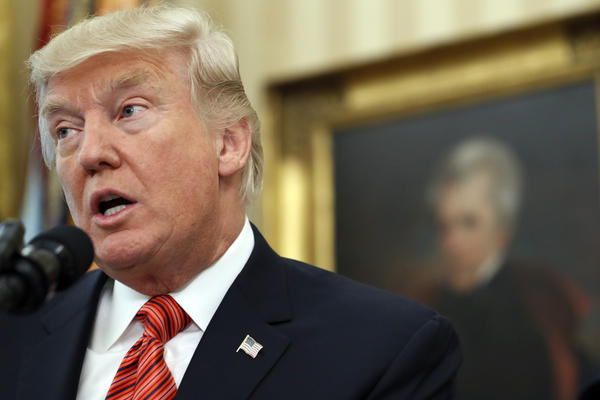 Opinion. As justification for not voting in the American election process, apathetic and apolitical citizens often say it doesn’t matter who the president of the United States is. Often, they like to add “all politicians are all alike.”

Of course, even the casual observer realizes President Donald Trump has defied that notion since assuming the presidency. He is unlike other presidents in recent years. Those who follow policy set forth by presidential administrations can see Trump has deregulated and helped the wealthy become richer.

On this past Tuesday, one of those moments came when it became apparent it matters who the president is. It came through my phone with a news alert that the U.S. Supreme Court issued a stay at the request of the Trump administration’s Justice Department that the 2020 Census could end its enumeration process.

It did, as of Friday morning.

This matters to Indian Country because they were already undercounted this year because of the Covid-19 pandemic and now that the count is officially ended, many American Indians and Alaska Natives will remain uncounted.

In the early months of the pandemic, the Trump administration admitted it could not meet the December 31, 2020 statutory deadline for apportionment data under any circumstances due to delays caused by the pandemic. Back then, the Census Bureau’s field operation said it was “ludicrous” to expect a complete 100 percent of the nation’s data collection” for the 2020 Census early because of the pandemic.

Then in early August, the Trump administration said they would slash a whole month off of the enumeration period by ending the count on Sept. 30.

Court cases were filed to keep the count going until Oct. 31. A federal court in northern California ruled that the count should continue until the end of October. The court ruled the Trump administration’s action of cutting off the enumeration process early would produce an inaccurate count, particularly among historically undercounted groups, such as American Indians and Alaska Natives. A federal appeals court upheld the lower court’s ruling.

Trump’s Justice Department took the case to the Supreme Court. The same one with two Trump-appointed justices.

Tuesday’s ruling by the Supreme Court offered no explanation for the decision. Only Justice Sonia Sotomayor issued a written dissent.

“The harms caused by rushing this year’s census count are irreparable. And respondents will suffer their lasting impact for at least the next 10 years,” Justice Sotomayor, an Obama appointee, wrote in her dissent.

The decennial census is mandated by the U.S. Constitution in Article I, Section 2. The number of people counted in the census helps predicate how federal dollars are allocated and provide the basis for drawing congressional district lines in the United States.

Arguably, the census is about money and power.

With an inaccurate count, federal funds allocated to much needed services in Indian County will be greatly reduced.

The Covid-19 pandemic hugely exasperated the undercount, which brings up another reason why it matters who the president is. Some 65 percent of Americans feel Trump mishandled the coronavirus crisis.

It is well documented that Indian Country and people of color have been disproportionately impacted by the virus. When the 2020 Census officially kicked off on April 1, the country was first coping with the impact of the pandemic.

As time progressed, Indian Country was deeply submerged in dealing with the pandemic. Those tribal citizens who live in hard-to-reach census tracts are dealing with life and death issues—particularly on the Navajo Nation, where more than 570 tribal citizens have died from Covid-19, there has been an undercount.

Arguably, Indian Country was more worried about staying alive than they were about being counted.

"The coronavirus pandemic has set all of us back and created many challenges to get people counted, especially for rural areas such as the Navajo Nation," said Jonathan Nez, President of the Navajo Nation after the federal court ruling last month that ordered the enumerating process to continue.

The Trump administration showed it really does not care whether or not American Indians and Alaska Natives are properly counted. If they did, they would not seek to override the lower federal court decisions.

The 2020 Census results will not be immediately felt in Indian Country, but once the final results are used to predicate federal appropriations, it will be harsh for the next decade.

For those inclined to give Trump a pass, they should realize he really doesn’t care about what happens in Indian Country, and for many of us, it does matter who sits in the Oval Office.

Remember to vote in this year’s presidential election.