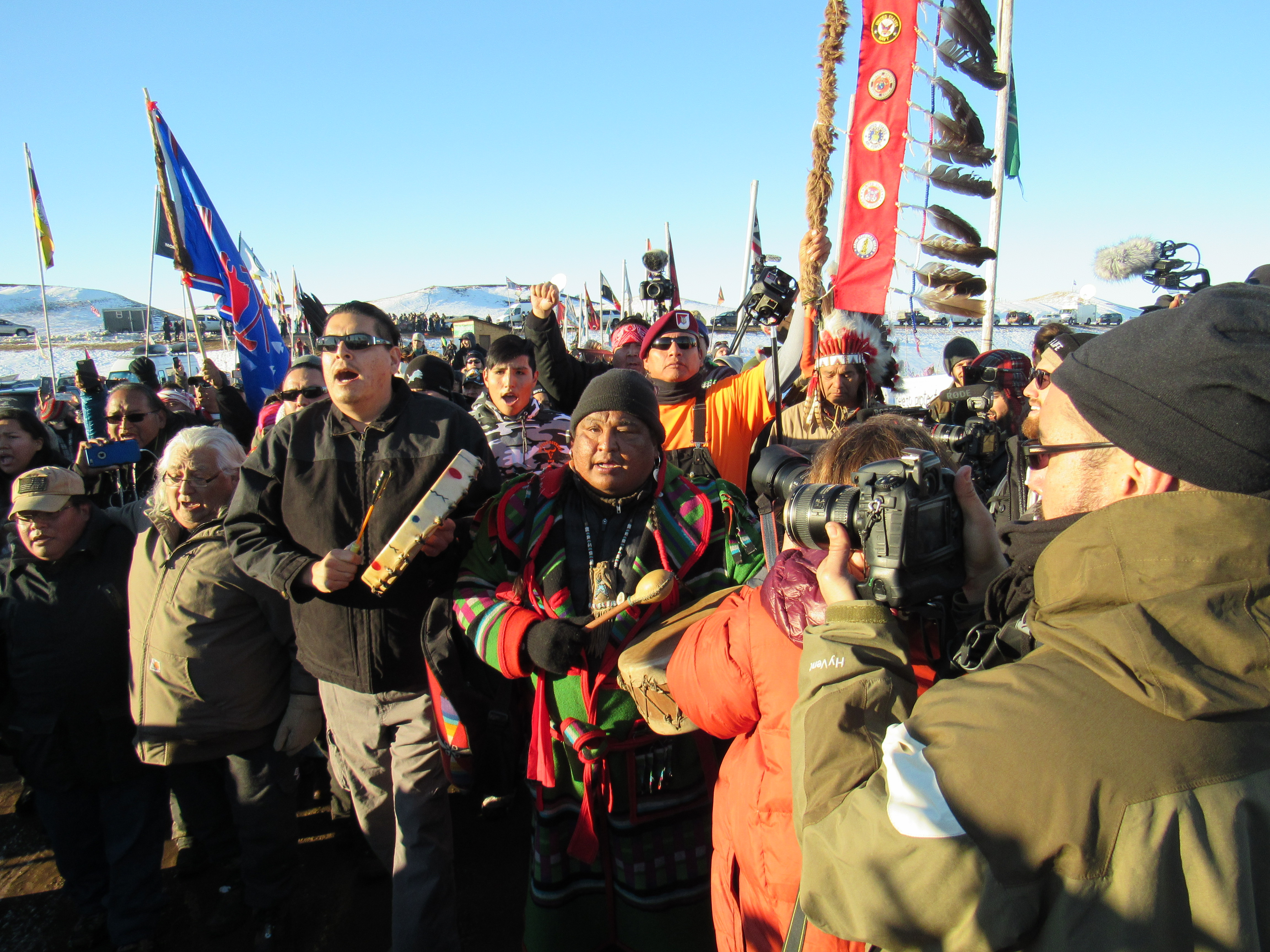 Since his swearing in on Jan. 20, President Joe Biden’s moves have been favorable to American Indian and Alaska Native concerns.

One of the first moves in office was replacing Andrew “Indian Killer” Jackson’s portrait from the Oval Office with one of Benjamin Franklin.

There is a certain amount of symbolism Indian Country noticed with the placement of Franklin’s portrait. For it was Franklin who gave a nod to the Iroquois Great Law of Peace’s influence on American democracy.

Indian Country has taken note of other Biden moves.

While canceling the Keystone XL pipeline is welcome news, Biden should not forget Standing Rock.

In 2016, Standing Rock was the largest public gathering of American Indians in over a century near the confluence of the Missouri and Cannonball Rivers in North Dakota. It was here that the Standing Rock Sioux Tribe and other Sioux tribal nations resisted the Dakota Access oil pipeline (DAPL) intrusion onto ancestral lands. It was estimated that tens of thousands of American Indians and environmentalist allies went to Standing Rock over several months.

Those who arrived at Standing Rock became known as Water Protectors, showing their opposition against the injustice of the DAPL, also known as the “black snake.” The mantra for the water protectors at Standing Rock was Mní Wičóni. Water is Life.

The Standing Rock movement slowly caught the attention of the nation and non-Natives. As the resistance efforts continued and more people came and went to the various camps at Standing Rock, the Obama administration’s U.S. Army Corps of Engineers announced on Dec. 4, 2016 that they would not grant the DAPL a permit to cross the Missouri River near the Standing Rock Indian Reservation.

Six weeks later, four days after taking office, President Donald Trump reversed the Obama-era order and ordered the Corps to expedite a permit as soon as possible. The permit was granted on Feb. 7, 2017. The DAPL was completed and was allowed to carry oil, while leaking dangerously.

The DAPL has continued to operate following a legal challenge by the Standing Rock Sioux Tribe seeking a safer and cleaner environment for tribal citizens and other Americans living under the threat of pipeline leaks. The lawsuit was filed before Trump became president.

“We are pleased that the D.C. Circuit affirmed the necessity of a full environmental review, and we look forward to showing the U.S. Army Corps of Engineers why this pipeline is too dangerous to operate,” Standing Rock Sioux Tribe Chairman Mike Faith said.

Despite the victories, the court did not order a shutdown of the DAPL, meaning it continues to operate with no legitimate permit. The federal permit granting easement for the pipeline to cross beneath Lake Oahe – on unceded ancestral Tribal lands near the Standing Rock Sioux reservation – will remain invalid until the conclusion of the EIS process, when the Corps must decide whether to re-issue the permit. In the meantime, the Tribe continues to pursue its case in federal court, where it has filed for an injunction to shut down the pipeline while the environmental review is underway.

The president of the United States has control over the U.S. Army Corps of Engineers and can shut down the pipeline immediately.

Biden’s selection of Rep. Deb Haaland (D-NM), a tribal citizen of the Pueblo of Laguna, already speaks volumes of the president’s commitment to Indian Country. He needs to go a step further.

Biden should not ignore the obvious.

He can turn the Standing Rock resistance movement into a substantial victory for tribes across Indian Country by immediately ordering it to be shut down. The shutdown will be a great victory for those concerned with climate change – not just his base but young people across parties who are concerned about the environment.