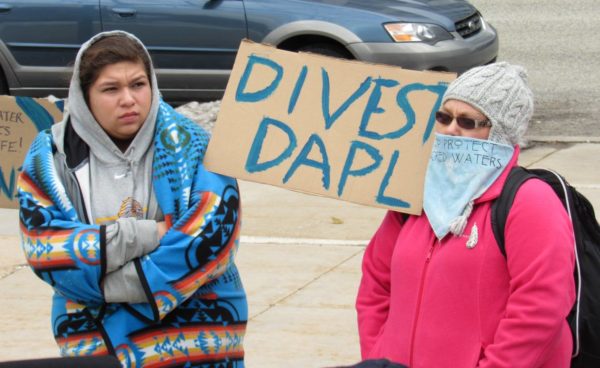 WASHGINTON — A federal judge on Monday ordered the Dakota Access pipeline to shut down pending additional environmental review, providing the Standing Rock Sioux tribe with a “hard fought” victory in the long-running battle to protect its land.

Judge James Boasberg of the United States District Court for the District of Columbia ordered that the controversial 1,172-mile-long pipeline must shut down within 30 days.

Opponents of the Dakota Access pipeline have long argued that the pipeline’s route underneath the Missouri River and the Lake Oahe reservoir constituted a major threat to the region’s drinking water. The Standing Rock tribe also said the construction of the pipeline a threat to its ancient burial grounds and cultural sites.

The court order ensures that the shutdown will remain in place pending completion of a full environmental review, which normally takes several years, and the issuance of new permits. It may be up to a new administration to make final permitting decisions, according to a statement from Earthjustice, which represented the tribe.

“It took four long years, but today justice has been served at Standing Rock,” said Earthjustice attorney Jan Hasselman. “If the events of 2020 have taught us anything, it’s that health and justice must be prioritized early on in any decision-making process if we want to avoid a crisis later on.”

Energy Transfer, the Dallas-based company behind the DAPL, said in a statement that Judge Boasberg “exceeded his authority” with an “ill-thought-out decision” that is “not supported by the law or the facts of the case.”

The company said it would file a motion to halt Boasberg’s decision and, if not granted, would appeal the ruling.

The statement did little to calm investors in Energy Transfer stock, which plummeted 8.5 percent in intra-day trading on Monday.

Other tribal leaders and advocates cheered the decision in statements issued Monday afternoon.

“It has been six years since the Dakota Access Pipeline (DAPL) began slithering a path through our treaty territory … Today, the US District Court ordered that the snake of oil moving through are territory cease on August 5th, 2020,” Cheyenne River Sioux Tribe Chairman Harold Frazier said in a statement.

“I applaud the actions of the US District Court in finding what we knew all along, that this pipeline, like many other actions taken by the US government, is in fact illegally operating. The fact that this operation had been operating illegally for three years before this conclusion was finally made shows you the power that money holds on the American government.”

“This is a big win for the Oceti Sakowin or Great Sioux Nation and all our ally tribes and friends who came to stand with us to protect water and the future of our children,” said Joye Braun of the Indigenous Environmental Network and the first camper at Sacred Stone Camp.  “We said from the beginning that the crossing of the Missouri river was illegal and that an EIS was necessary. I’m glad the judge saw the inherent dangers of keeping the oil flowing on DAPL while this study moves forward.  That in of itself is vindication for all the trials we went through.

“This is a win for the grassroots people of the Oceti Sakowin and I couldn’t be happier.”