An Indigenous Peoples Day and a racial reckoning in L.A. 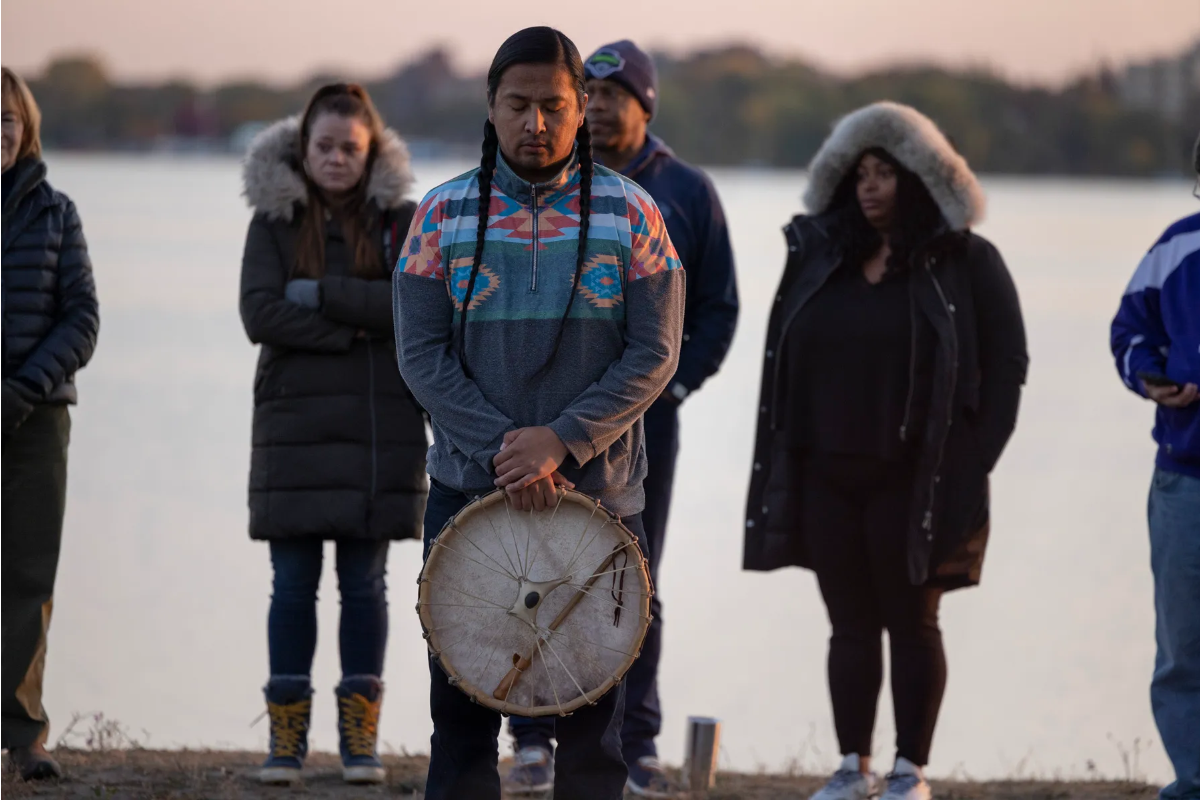 Guest Opinion. The week started with Indigenous Peoples Day and ends with a subpoena of former President Trump. In between came an exodus from the Los Angeles City Council over racist rhetoric. We turn to URL Media partners to make sense of these intersections.

“Indigenous Peoples Day is an awakening to the truths our people have advocated for decades,” said Darren Thompson, a Native News reporter. It is a celebration of “the millions of people who have lived on this land since time immemorial instead of a lone man who never stepped foot on North American soil,” as URL Media partner Native News Online described the federal holiday.

Last year was the first time a sitting U.S. president issued a proclamation declaring the second Monday in October Indigenous Peoples Day — the culmination of a decades-long effort led by Native Americans.

Events marking the day spanned the nation. In Minneapolis, the day started with about 70 community members gathered at Bde Maka Ska for a sunrise ceremony, URL Media partner Sahan Journal reported. In Milwaukee, a day of celebration ended with a bridge on the lakefront lit up with the colors of the Indigenous medicine wheel — black, white, yellow and red — Native News reported.

Leading up to Indigenous Peoples Day, URL Media co-founders S. Mitra Kalita and Sara Lomax-Reese spoke with Dr. Kyle T. Mays, associate professor at UCLA, and Levi Rickert, founder of Native News Online, for the latest “Meet the BIPOC Press” episode on The Laura Flanders Show. They explored the forces that have both facilitated and thwarted movement-making among Black and Indigenous people in the United States.

“It’s imperative to not only center Blackness, but also to center Indigenous peoples because upon whose land were African-Americans exploited? This is Indigenous land,” Mays said.

The power of intersectional solidarity to effect change is worth recognizing in the wake of audio recordings of three Los Angeles City Council members, including the council president, making racist and other crude remarks.

The day after city-wide celebrations of Indigenous Peoples Day, a cross-section of Angelenos converged at City Hall to demand the resignation of City Council president Nury Martinez and council members Gil Cedillo and Kevin De León during the first council meeting following the leak.

Since that meeting, Martinez has resigned from the council. But her statement failed to take responsibility for her racist comments, like saying the young Black son of a councilman is “parece changuito,” or “like a monkey.”

And her remarks belie the intersecting identities the Latinx community encompasses. In her statement announcing her resignation, Martinez said that she hopes she has “inspired [all little Latina girls across this city] to dream beyond that which they can see.” But what about folks like Breanna Reeves, a reporter for Black Voice News, who wrote about her dual identity as an Afrolatina? “While my mother does not expressly identify as Afrolatine, my siblings and I do,” she wrote. “As her children born in the U.S. to a Hispanic mother and an African-American father, we identify with our heritage on both sides.”

This latest controversy shows that even in cities like Los Angeles that publicly celebrate Indigenous Peoples Day, racism is still very much alive. And Nury's resignation, along with the House Jan. 6 select committee's unanimous vote to subpoena former President Trump, show that gestures toward accountability for public officials may not be all the way dead.

All people — including people of color — must examine their anti-Black racism, on which so much intra-racial discrimination hinges. As writer and civil rights activist Audre Lorde wrote, "I am not free while any woman is unfree, even when her shackles are very different from my own. And I am not free as long as one person of Color remains chained. Nor is any one of you."

May we all learn to stand by and with one another.—Alicia Ramirez