Why We Celebrate Indigenous People's Day 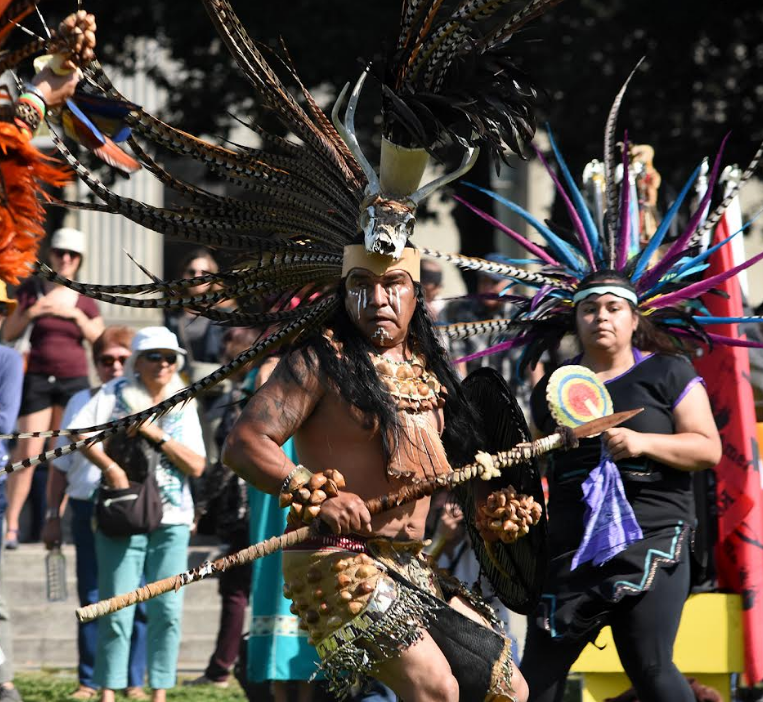 On Monday, Americans will celebrate the millions of people who have lived on this land since time immemorial instead of a lone man who never stepped foot on North American soil.

The proclamation was the culmination of a decades-long effort by Native Americans to get the United States to cast aside Columbus Day in favor of honoring Indigenous communities and their inherent stewardship over the land.

Columbus Day celebrates Columbus’s landing in the Americas, an event that commenced centuries of colonial oppression and genocide of Native peoples. While not an official federal holiday in 1937, some communities had hosted parades and events to honor Columbus since 1792.

Since 1977, Native Americans have advocated for replacing Columbus Day with Indigenous People’s Day when the idea was first proposed at International Conference on Discrimination Against Indigenous Populations in the Americas. At the same time, Native organizations, like the American Indian Movement, were working to make Native Americans visible on the political stage as the country grappled with a contentious racial equity landscape.

In 1989, South Dakota — a state with one of the highest Indigenous populations in the country —  was the first state to proclaim Indigenous People’s Day, officially celebrating the following year.

In 1991, the International Indian Treaty Council celebrated Indigenous Peoples’ Day on Alcatraz Island — which is Ohlone land — drawing a crowd of 300 people from Pier 33 in San Francisco for a sunrise ceremony with sacred fire.

During the quincentennial in 1992, the 500th anniversary of Columbus’s arrival in the Western Hemisphere, a group of Native Americans convinced the city council in Berkeley, California 1992, to replace Columbus Day with a day to commemorate Indigenous people.

Today and over the next few days, communities across the country celebrate Indigenous People’s Day with prayer vigils, powwows, symposiums, concerts, lectures, rallies and more to acknowledge the sovereignty, cultures, history and languages of Native peoples. The day also marks an opportunity to move forward together armed with an understanding of our history into a kinder, more compassionate and equitable future.